Biologists Announce Discovery of an Entirely New Branch of Life

Maybe it's fungus, maybe it's not 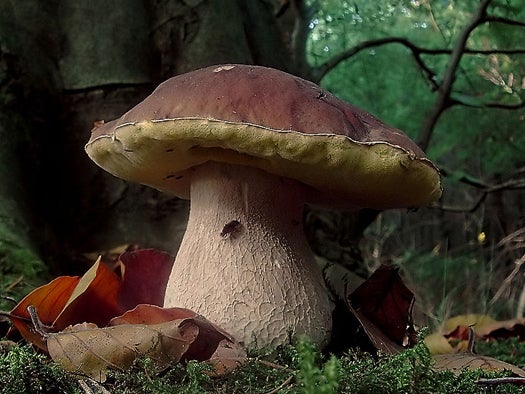 In further proof that we never know just how much we don’t know, a paper published in Nature suggests that biologists in the UK have discovered an entirely new and unique branch in the tree of life. A group of mysterious microscopic organisms related to fungus are actually so different that they make up their own kind of fungal group. Another way to say that: there are so many of these distinctly different kinds of organisms living in so many diverse places, that the biodiversity among this new group might be as vast as the entire known fungal kingdom. In fact, they might not actually be fungi at all.

The scientists who have discovered this new clade–a clade is like a branch on the tree of life that consists of an organism and all of its descendants–have named it cryptomycota, which loosely means “hidden from the kingdom Fungi” so we’re told. And indeed the cryptomycota have remained hidden from sight even though it turns out they are everywhere, living in many different environments, including freshwater lakes and sediments, as well as pond water.

While biologists estimate that they’ve only categorized and cataloged about 10 percent of all fungi in the world, they were pretty sure that they’d discovered all the major groups. Cryptomycota is so new and biologically different than other fungi that scientists have yet to characterized its life cycle precisely–which is reasonable considering this is the first time researchers have ever knowingly studied them as a completely different clade.

As such, there are a lot of questions surrounding cryptomycota. How did they evolve to survive in so many diverse environments? Does their life cycle involve developing a cell wall, or do they acquire a cell wall parasitically? And, possibly, are cryptomycota fundamentally fungi at all, or are they something completely different?

Answering questions like those is going to take a lot of time, a lot of research, a lot of papers, and likely a lot of argument in the global biological community. If an entirely new taxonomical kingdom is established and it turns out everything you learned in high school was significantly incomplete, we’ll certainly let you know.