We pay close attention to the modifications scientists are making to goats, moths and worms so they can harvest their... 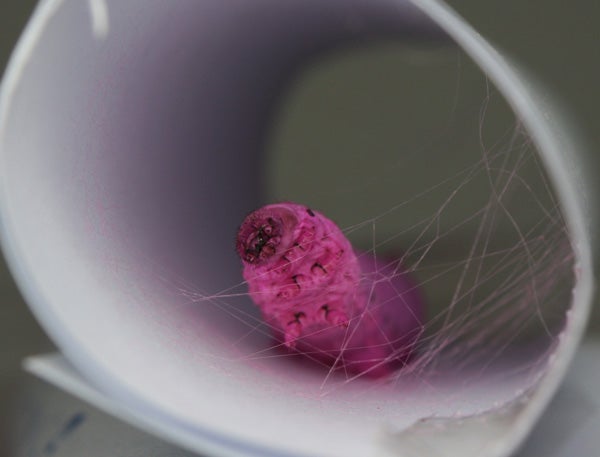 We pay close attention to the modifications scientists are making to goats, moths and worms so they can harvest their silk. Now researchers in Singapore are reporting a new advancement: dyed-in-the-worm silks, which look pretty and could have interesting medical applications.

Researchers led by Natalia C. Tansil at the Institute of Materials Research and Engineering in Singapore fed silkworms a special diet, leading the worms to produce fluorescent silks of a particular color.

Silkworms, which are pretty efficient little textile factories, are also being genetically modified to produce other materials like spider silk, nature’s toughest fiber. The coloring process doesn’t modify the worms’ genes — it just gives them a chemical cocktail that makes them produce colorful silk. It could be a more environmentally friendly way to produce various colors, rather than using chemicals to dye silk.

The method could also be used to dope silks with other materials, like antibacterial properties so they could be used as wound dressings, according to New Scientist.