Your Nose Could Use Quantum Tunneling to Distinguish Between Similar Molecules

The olfactory sense has long been thought to stem from the way a battery of chemical receptors in the nose... 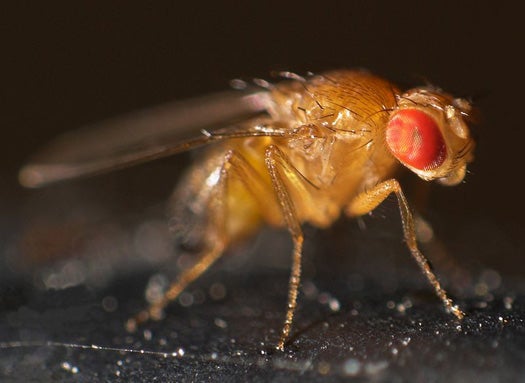 The olfactory sense has long been thought to stem from the way a battery of chemical receptors in the nose interact with molecules based on their physical shapes. But a collaboration between MIT researchers and their Greek colleagues is nosing out a far more complex and potentially useful mechanism that enables sense of smell: quantum tunneling.

Quantum tunneling is the same mechanism that allows flash memory to store charge and scanning tunneling microscopes to form images. Simply put, tunneling is a well-defined process that lets a particle “tunnel” through a barrier even when its kinetic energy is less than the potential energy of the barrier. In the case of electrons, that means moving through non-conductive areas that, classically speaking, they shouldn’t be able to.

As it pertains to smell, the idea is that receptors in the nose can distinguish between two molecules of essentially identical shape by pumping current through them and identifying them via the resulting vibration rather than molecular shape. Further, when the receptor lacks a direct hookup to the odorant molecule it delivers electrons to it via quantum tunneling.

Using a series of molecules and their nearly-identical dueterated variants (deuterium is a heavier isotope of hydrogen–two molecules, one containing hydrogen and another containing deuterium in its place, are extremely similar in shape), the scientists ran several experiments using fruit flies. With significant regularity, the flies were able to distinguish between the molecules, suggesting that there’s more to smell than the shape of odorant molecules.

This vibrational theory goes beyond proving that fruit flies have a keener sense of smell than once thought. The finding could lead to a rethinking in the way scientists really understand our senses of smell. It could also lead to new kinds of artificial scents and better artificial noses. The latter, of course, can be used for everything from food inspection to national security to medical diagnostics.