New Corpse-Detection System Finds Where the Bodies Are Buried

Cops searching for hidden graves usually rely on dogs or ground-penetrating radar. Now they have another tool in their arsenal... 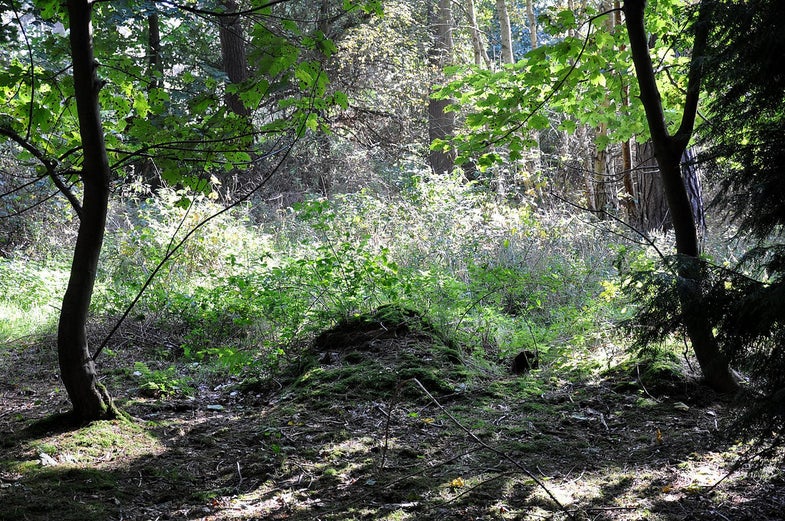 Cops searching for hidden graves usually rely on dogs or ground-penetrating radar. Now they have another tool in their arsenal — a corpsefinder probe, slightly thicker than a human hair, that can quickly and easily detect decaying flesh.

Before they go tearing up the ground in search of a body, authorities often want to be sure about what lies beneath. Typically, tests of soil around a suspected grave site involve extracting samples and shipping them to a lab for testing, which is expensive and time-consuming.

The new system, designed at the National Institute of Standards and Technology, consists of a slender probe that can simply be stuck in the ground to pull in air samples. It can even detect bodies buried beneath concrete, as long as you drill a 1/8-inch hole for the probe.

The system involves a small aluminum pipette that can detect trace amounts of a chemical called ninhydrin-reactive nitrogen, which collects in air pockets around a grave site. It’s the only known example of testing the chemical in its vapor phase, NIST says. As an added bonus, the system works at ambient temperatures instead of freezing cold, which could make it easy to transport.

Chemists Thomas J. Bruno and Tara M. Lovestead tested it on dead rats, burying some in 3 inches of soil and laying others on top of the soil. For comparison, they also tested boxes with no dead rats in them. The NRN compound was still detectable after nearly five months, the researchers say. A paper on their findings was published in the journal Forensic Science International.

As of now, testing of the air samples still must be done in a lab, but Bruno is working on a portable device that can test for NRN in the field.

One would hope the demand for such technology would be limited, but NIST says it could help law enforcement officials find out where bodies are clandestinely buried.