For the first time, scientists have been able to watch electrons move in an atom’s outer shell, in a breakthrough... 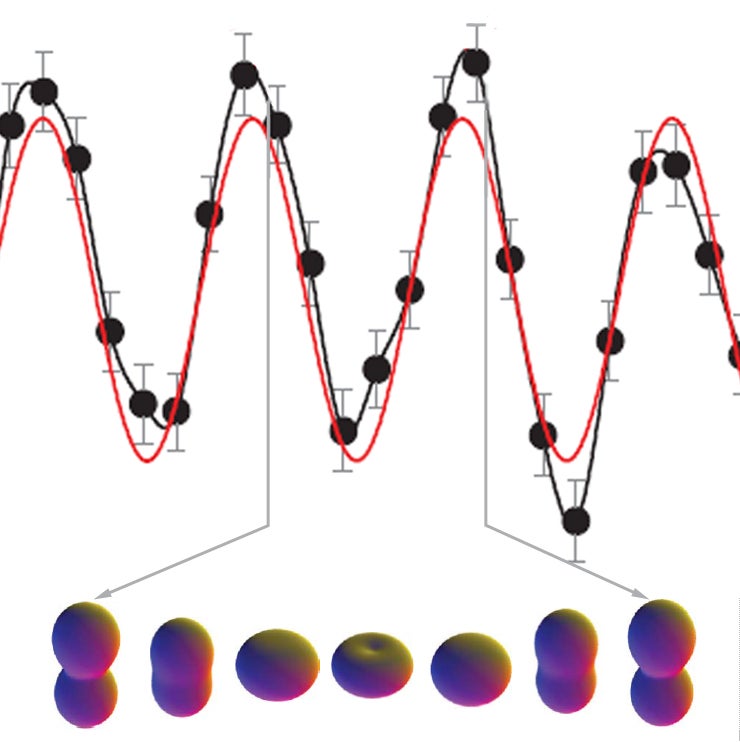 For the first time, scientists have been able to watch electrons move in an atom’s outer shell, in a breakthrough with major implications for our understanding of chemical processes.

Chemical reactions happen because of the dynamics of valence electrons, the ones in the outermost orbit of an atom. If you can watch them move, you can understand their mechanics and learn how they combine with other atoms to make up everything around us. But electrons move pretty fast, so this has been impossible until now.

The team used lasers that can work in the 100-attosecond time scale — an attosecond is 10-18 seconds, a quintillionth of a second. They measured the movement of valence electrons in a form of ionized krypton that had one electron removed.

Berkeley Lab’s news site provides some in-depth descriptions, but basically what happened is that scientists measured the continued flopping of electrons between two quantum states. These valence shell oscillations cycled in a little over six femtoseconds. Using much faster attosecond laser pulses, the team was able to essentially capture this oscillation in action. The work is reported in this week’s edition of the journal Nature.

The Berkeley Lab test simply proves that scientists can see these electrons move. But the finding can be applied to any problem in the physics and chemistry of liquids, solids, biological systems — basically everything, according to Stephen Leone of Berkeley Lab’s Chemical Sciences Division.

“(It will) allow us to unravel processes within and among atoms, molecules, and crystals on the electronic timescale,” he says.

As Berkeley Lab’s news writer notes, this would have been previously impossible with the “comparatively languorous femtosecond timescale.”