Walgreen’s Will Be First to Retail Personal Genomics Tests, if the FDA Allows it

Walgreen’s is ready to plunge headlong into the brave new world of personal genomics retailing, becoming the first retailer to... 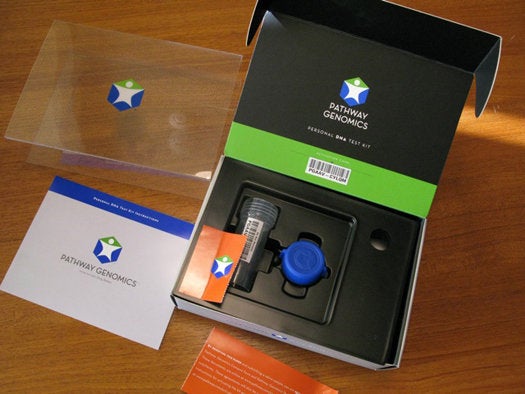 Walgreen’s is ready to plunge headlong into the brave new world of personal genomics retailing, becoming the first retailer to stock store shelves with genetic-testing kits that can test for a person’s likelihood of developing a range of genetic ailments, from Alzheimers to breast cancer to obesity. The FDA, however, isn’t so thrilled.

The tests, which retail for $20 to $30, allow customers to collect their own saliva sample in a vial and send it to the test’s maker, Pathway Genomics of San Diego. For an additional cost — ranging from $79 for drug-response results to $249 for a suite of “pre-pregnancy planning results and health condition analysis — Pathway will analyze the customers’ genetic code, scanning for markers associated with certain diseases.

Tests like Pathways aren’t new. They’ve been sold previously online, generally for use by doctors and clinical professionals in the lab. But the FDA is concerned with the direct-to-patient marketing of genome tests because they bypass certified medical personnel, and the agency fears patients will take decisions like drug dosage into their own hands.

That, and the agency is not convinced the test results are completely accurate.

The FDA may take action against Pathway and other makers of genetic tests, perhaps even pulling the tests off the shelves. Walgreen’s says it’s just supplying a demand among consumers to know more about their own health and predisposition toward certain illnesses, which is a fair defense all things considered. The FDA seems to feel its less a matter of free commerce and more a matter of diagnostic medicine.

It will be interesting to see how this one shakes out, as it’s the first real pushback from the FDA regarding retail personal genomics. Walgreen’s plans to retail the tests directly to consumers at 6,000 of its 7,500 stores if the FDA doesn’t bar it from doing so. This could kick off quite a public debate about the value and accuracy of personal genetic testing and whether its role is personal or, like that of prescription drugs, one that must be shared with your doctor. Feel free to weigh in below.