The first sequencing of a complex protein from an extinct species 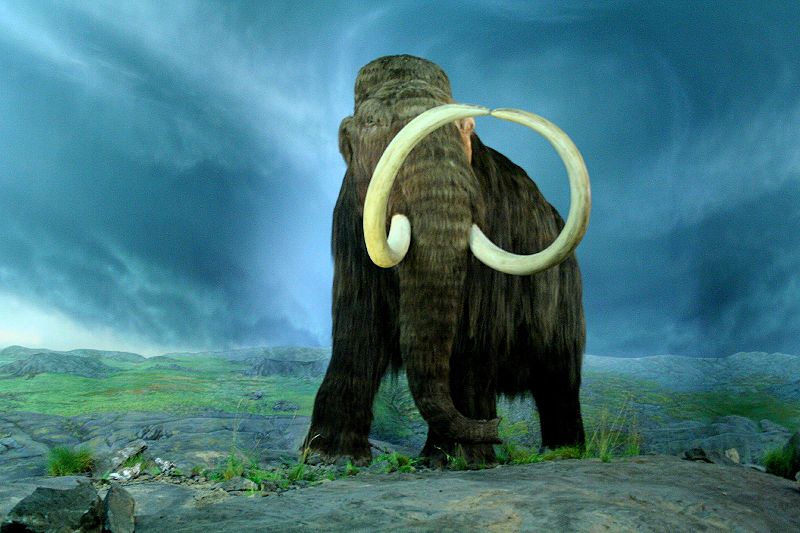 Thanks to DNA sequencing this fellow may soon have a new lease on life. (Well, not exactly, but it's still quite a coup.). Tracy O (CC Licensed)
SHARE

Scientists in Australia, Canada and Denmark have resurrected woolly mammoth blood, determining that the huge beasts’ circulatory systems acted as a sort of antifreeze.

The process uses DNA extracted from 43,000-year-old mammoth bones and then duplicated inside E. coli bacteria cells. It could easily be adapted to other extinct species, the researchers say, suggesting future medical labs full of dinosaur blood (if not full-fledged dinos).

For now, the team plans to study Australian marsupials like the extinct thylacine, a small tiger, and endangered Tasmanian Devil.

Studying extinct animals’ proteins can yield surprising results that could never be obtained with only the fossil record, says Alan Cooper, director of the Australian Centre for Ancient DNA, where the mammoth blood was sequenced.

The findings show how the mammoth’s blood helped it survive extreme cold.

In any mammal, the blood’s ability to carry oxygen is affected by temperatures — hemoglobin is less effective at offloading oxygen into cells when it’s cold. But the mammoths evolved special protein-sequence changes that allowed their blood to deliver oxygen to cells at very low temperatures, the researchers said. That would allow the mammoth’s extremities to get very cold, saving energy. The changes were an evolutionary adaptation that allowed the mammoths, which originated in Africa, to survive in the Arctic.

The team’s method for re-creating the blood was a breakthrough in itself. Researchers used DNA that had been extracted from Siberian mammoth specimens, between 25,000 and 43,000 years old. (Mammoth DNA has already been sequenced.)

They converted the blood DNA sequences into RNA, and inserted them into E. coli bacteria. The bacteria acted as RNA factories, manufacturing authentic mammoth protein.

The resulting hemoglobin molecules are no different than taking a blood sample from a real woolly mammoth, Cooper said.

The concept could conceivably be used for any extinct species, as long as scientists have DNA samples.

“(This) opens the way to being able to study all sorts of proteins from the past, and to study many physiological characteristics,” Cooper said. “It’s really paleobiology; you’re studying how extinct species function, and how they adapted to climate change and other past environmental conditions that we can’t get at in the fossil record.”