Linda B. Buck, co-winner of the 2004 Nobel Prize for Physiology or Medicine, retracts a 2001 Nature paper, citing irreproducible results. 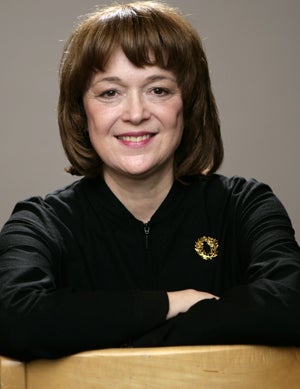 For scientists, having to retract a paper is like a kick to the gut. It means that your work cannot be verified, and thus is likely either 1) an error or 2) a fabrication. So it comes as something of a surprise that Nobel prize-winning scientist Linda B. Buck had to retract a 2001 Nature paper this week, citing an inability to reproduce the reported findings, and “inconsistencies between some of the figures and data published in the paper and the original data.”

Buck shared the 2004 Nobel for physiology or medicine with Richard Axel for discovering how our sense of smell works, findings that were published in a joint paper in the journal Cell in 1991. The retracted Nature paper reported that Buck’s team was able to trace the path of a nerve signal from a single olfactory sensor cell in the nose to a specific area of the brain, sewing up a nice package on understanding the full story of olfaction.

Of course, the first question my colleagues asked was “what does this mean for her Nobel?”

As far as I understand it, the paper only covers mapping single olfactory neurons to areas in the olfactory cortex part of the brain, that is, tracing the journey of an olfactory nerve impulse from nose to brain. These findings are related to the work Buck & Axel did which garnered them the Nobel prize, but are tangential to the main reason why they got the nod, in that the research only involves the very last step of olfaction.

The work for which Buck and Axel got the Nobel was the discovery of an entire gene family (some 1,000 genes) which codes for the olfactory receptors in the nose. Additionally, they independently discovered that one and only one receptor gene is expressed in a given olfactory sensor cell. Finally, Buck showed that each “odor” we recognize generates a specific pattern of activated odorant sensory cells, which in turn activates a pattern of structures in the olfactory bulb called glomeruli, and that this maps to discrete parts of the brain.

The retracted paper is tied to that very last bit, the “mapping to discrete parts of the brain.”

Buck mentions in her Nobel autobiography that this work was difficult:

“Lisa, together with a fellow in the lab, Jean-Pierre Montmayeur, prepared the DNA constructs for gene targeting. Zhihua Zou, another fellow, then made and analyzed mice that coexpressed the tracer with different OR genes. The approach worked, but was difficult, with Zhihua investing almost a year in perfecting the conditions needed to detect minute amounts of the tracer in cortical neurons. These studies revealed that the olfactory cortex has a stereotyped map of OR inputs, but one that is radically different from that in the bulb.” (emphasis mine)

More than this, I can’t really say, because I am not well-versed in the field. Good thing other scientists have weighed in:

From the New York Times:
Randall Reed, a professor of molecular biology and genetics at Johns Hopkins University, said the _Nature paper generated considerable interest when it was published, but it was not central to the body of work that won Dr. Buck the Nobel Prize. “I think it more leaves an open hole about something we thought that maybe we had a glimpse of,” Dr. Reed said._

From MSNBC/AP
The University of Tokyo’s Hitoshi Sakano, an expert on olfactory neurons who did not play a role in Buck’s research, told Nature_ that the retraction would probably have only a minor effect on the field. Other researchers have corroborated some of the paper’s results using other techniques, he said._

So, for now it seems that the crucial work which netted Buck and Axel the Nobel is still valid, and that even some of the results of the retracted paper have been verified.