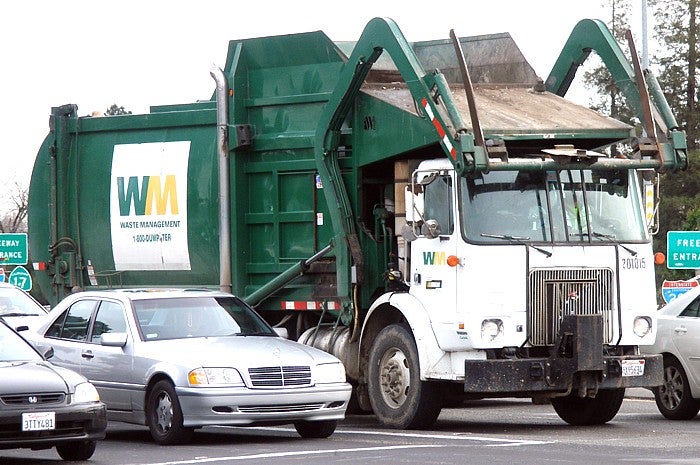 San Jose, California, has a problem. The city, with a population of over one million, is hemoraghing police officers, with an expectation that they’ll only have about 800 duty-ready cops by 2016. To supplement that force, the city is considering enlisting robots, and attaching them to garbage trucks. More specifically, to combat automobile theft, San Jose is looking at purchasing more license plate readers, and attaching them to non-police vehicles which already drive routes in the city.

License plate readers are very, very good at what they do. Usually attached to vehicles like squad cars, but sometimes hidden in cacti, the machines use cameras that scan in normal and infrared light for license plates, and record the plate’s unique combinaton of numbers and letters, using algorithims to peel away obscuring data–like a CAPTCHA test, but designed to be read by robots. Locations are tagged and timestamped, and often fed into a database, where local police then use this information to check for stolen cars or cars linked to people with outsanding warrants.

Typically, license plate readers scan parked cars in public. That hasn’t left them without controversy, though. Scanning the same car in two places reveals a little about the behavior of the person who drove it, and building a database that tracks the movements of cars then becomes a study on the behavior of a population, which threatens privacy in a way not really possible before the technology existed. Unsurprisingly, people have challenged the legality of the readers. Still, they’re popular among law enforcement. Over 70 percent of police departments in the United States use them.

San Jose is set to buy two of the license plate readers, which will cost the city about 70,000 dollars each. They may go on either police squad cars, or, adding a quirk, onto garbage trucks operated by the city’s private waste-hauling companies.