In South Carolina, a program to institute electronic license plates, which the DMV insists will not track your every move. 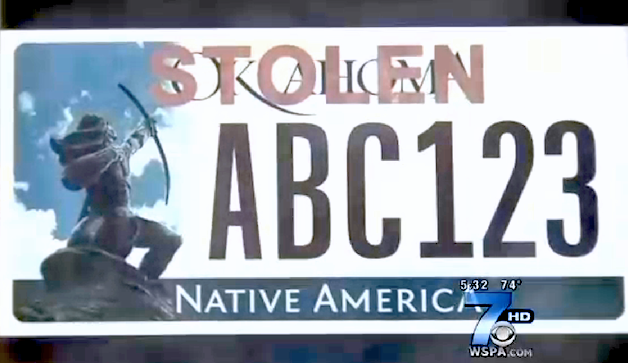 A small company in South Carolina is attempting to introduce electronic license plate’s for the state’s cars and trucks. The plates are fairly simple: an electrophoretic display that can display certain bold words when necessary, like “STOLEN” or “UNINSURED.” (I was joking about the “teen driver” warning in the headline, although that’s certainly possible.)

Electrophoretic displays are also often called “e-ink” displays, though “E Ink” is actually the name of a prominent company that creates electrophoretic displays and is not particularly fond of becoming the next Kleenex or Xerox. These are also sometimes called “e-paper,” since they’re used in ebook readers like the Amazon Kindle and Barnes & Noble Nook: they’re black and white (at the moment), with slow refresh rates but ultra-low power consumption and fairly sharp resolution.

These displays work entirely differently from LCDs; they don’t require any power to display an image, instead only needing power (and a very small amount at that) to change the image. So they’re a natural fit for license plates, since, for the vast majority of users, the license plate displays a static image for years on end. This particular display gathers kinetic energy from the movement of the car over the road, or solar energy, which it uses only when it needs to change.

The benefits of an electronic license plate are interesting. Theoretically, you’d never need to actually visit a DMV to get a new plate–you could fill out the paperwork online, and presto, your license plate number is now changed.
And, if a driver is doing something wrong, something other drivers should know about, the DMV can beam a sort of scarlet letter message to the license plate over an included wireless connection, like your smartphone has.

But there are a few issues; for one, who knows how secure this system is? What if a thief could hack into the license plate and make sure the plate doesn’t read “STOLEN”? With a cellular connection, doesn’t that make all cars trackable by the DMV? WSPA, a CBS affiliate in South Carolina that reported the story, said that it would take “three court orders” to track a car, but as we found out with the PRISM story, these sorts of warrants are sometimes not nearly as hard to get nor as transparent as we’d like.

The electrophoretic license plates are currently in the proposal stage in South Carolina.