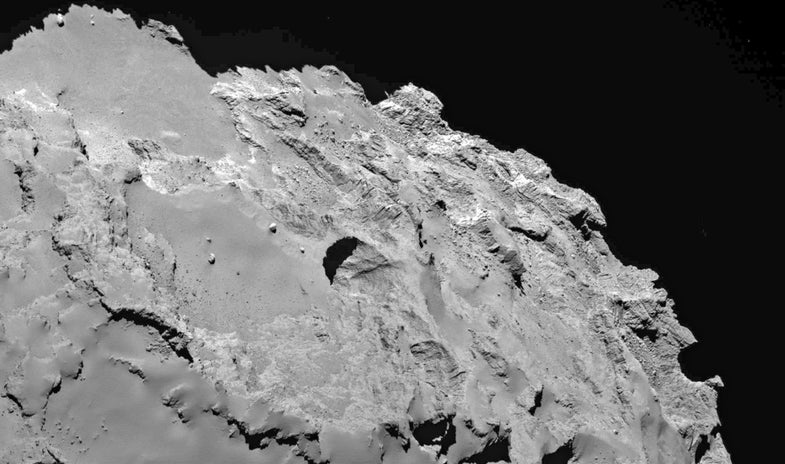 On the other side of our solar system, the Rosetta spacecraft is orbiting a duck-shaped comet named 67P/Churyumov-Gerasimenko. New images have revealed that the surface of that comet is riddled with sinkholes. We’ve counted 18 so far.

Comet 67P is essentially a ball of ice and dust, and as the comet swings in closer to the Sun, scientists think some of that ice warms up and evaporates in a process called sublimation. After the ice sublimates, the thin layer of dirt on top collapses, resulting in a pockmarked surface. The comet’s larger pits are hundreds of meters wide and hundreds of meters deep.

Some scientists think sublimation could also be the driving force behind Comet 67P’s odd shape, although it’s more likely that the comet was formed by two gently colliding rocks. 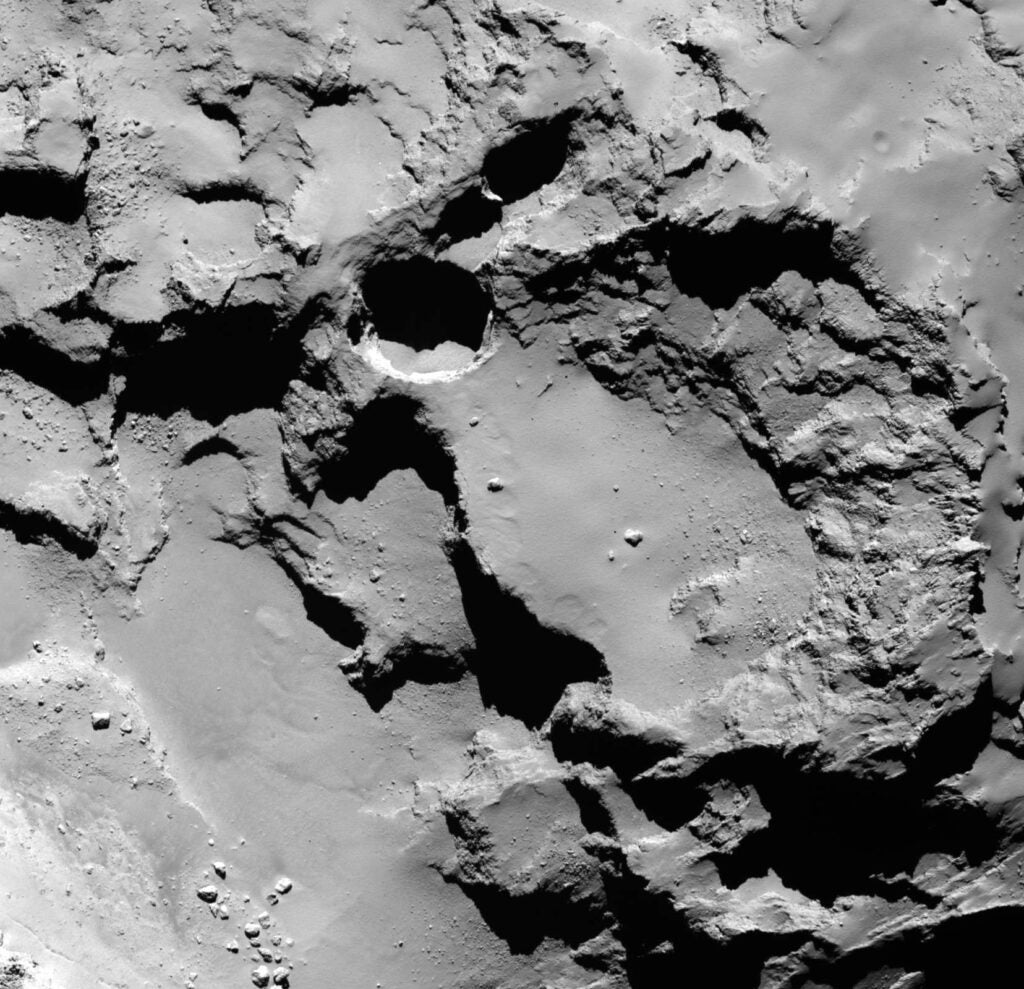 A Sinkhole On Comet 67P