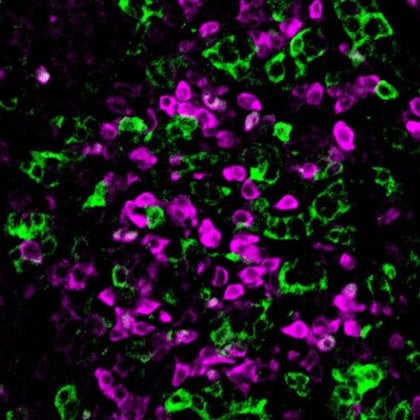 Before the Y chromosome evolved, the gene Dmrt1 determined an animal’s sex. The gene is still active in a number of vertebrates, such as lizards and birds, but mammals no longer used Dmrt1 for sex determinacy. But according to a study published in the journal Development, a team of researchers were able to turn the gene back on in mice.

When a gene’s primary purpose has been replaced by another, “we assume it’s because the original gene either lost its function or was no longer expressed at the right time and place,” Peter Koopman, a co-author who studies genomics and disease prevention at the University of Queensland, said in a press release. The researchers compared Dmrt1 to an old lawnmower gathering dust in the garage—you assume it no longer works, or that the owners found something else to take its place. But by overexpressing the Dmrt1 gene, the researchers found that the “lawnmower” still certainly did work; they successfully reversed the sex of a female mouse to male.

This work extends researchers’ understanding of the genes that can control an animal’s sex, which could be useful in ensuring sexual diversity among livestock and endangered species, as well as homogeneity among pests so that they don’t reproduce.