Who’s The Most High-Strung? [Data Viz]

Everybody gets stressed, but some of us feel it more than others 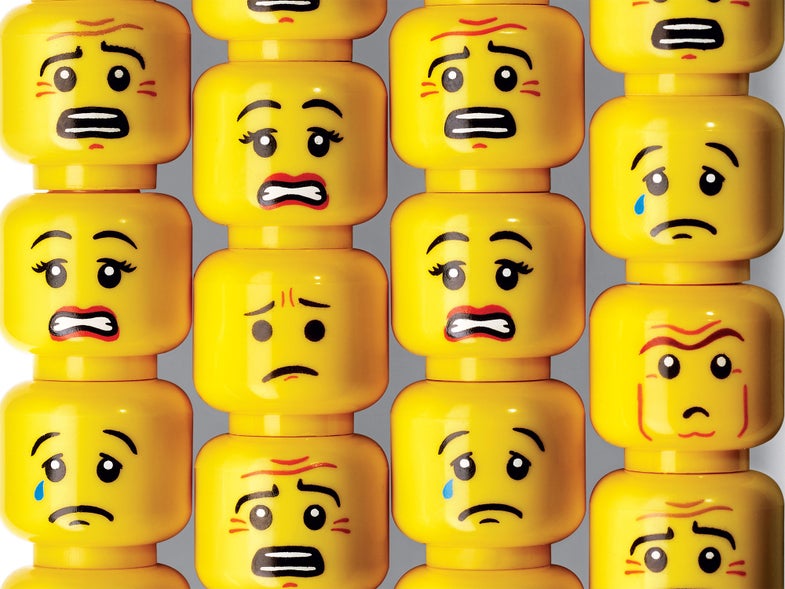 Find out who's under the most pressure. [Data Visualization]. Sam Kaplan
SHARE

Are you strung out? You’re not alone.

37: Percentage of U.S. adults who feel overwhelmed by stress

24: Percentage of U.S. women who report extreme stress, compared to 17 percent of men

71: Percentage of U.S. adults who say money is a major source of stress

Not-So-Fun Fact: People in Western and Southern states report more stress than those in the Midwest and East Coast.

Most everyone, but women more so than men and the unemployed more so than the retired. That’s according to a study by a pair of researchers at Carnegie Mellon University, who asked Americans how much the unpredictable and uncontrollable cause stress in their lives. They compared their 2009 results with a similar survey taken nearly three decades earlier. The demographics vary, but one trend is clear: We’re more stressed now than we were then.

Stress Is A Universal Defense

Animals Get Stressed Too

On tough days it’s easy to envy your dog, but all life, in fact, needs some form of a stress response to deal with its environment.

Fungal pathogens use chemical signals to handle stressors, including salts (which suck water from their cells) and toxic materials (which can strain their protective membranes).

Macaques with low social status express genes associated with stress hormones and inflammation, and have fewer white blood cells. When their rank improves, so may their health.

In the laboratory, both mice and rats briefly produce pain-inhibitors when they smell human males—but not females. That may skew experimental data collected by men.

When exposed to extreme temperatures in their chrysalis stage, butterflies release cold-shock hormone and steroids—which may be what gives their wings unusual colors.

When a leaf gets chewed, the plant increases production of hormones called jasmonates, which help heal wounds. Volatile versions of the compounds also warn nearby relatives of pending danger.