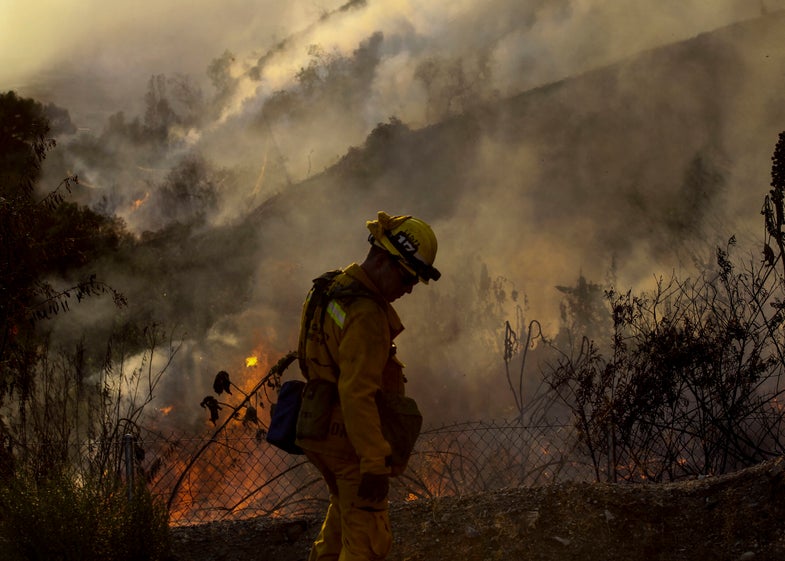 A firefighter keeps watch a wildfire along a hillside in Azusa, Calif., Monday, June 20, 2016. Police in the city of Azusa and parts of Duarte ordered hundreds of homes evacuated. Others were under voluntary evacuations. (AP Photo/Ringo H.W. Chiu). Ringo H.W. Chiu
SHARE

Summer arrived yesterday in the northern hemisphere and it announced its presence with a record-setting heatwave that is still consuming much of the American West.

Parts of California, New Mexico, Nevada, and Colorado are currently under an excessive heat warning, with temperatures expected to peak today.

People living in areas with these extreme temperatures are encouraged to stay hydrated, avoid being outside for long stretches of time, and generally, stay as cool as possible. There were 45 heat-related deaths last year in the United States. 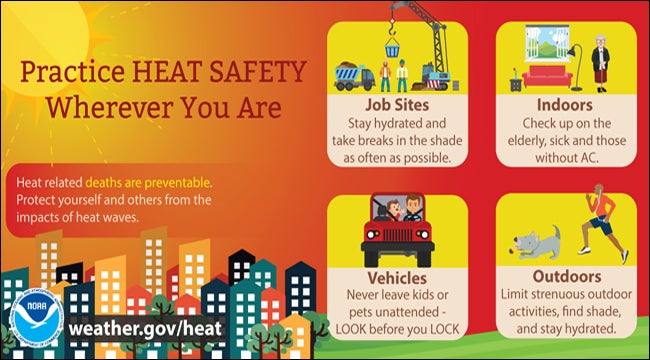 Advice from the National Weather Service about ways to beat the heat.

But record temperatures aren’t the only danger that people in the West are facing. The hot, dry conditions are horrible for humans, but excellent for wildfires which are popping up in the region.

As of this writing, there are eight active fires currently burning in California, some very close to population centers like Los Angeles.

One fire, started by a fatal car crash forced the evacuation of more than 1,000 homes in the Californian towns of Azusa and Duarte. 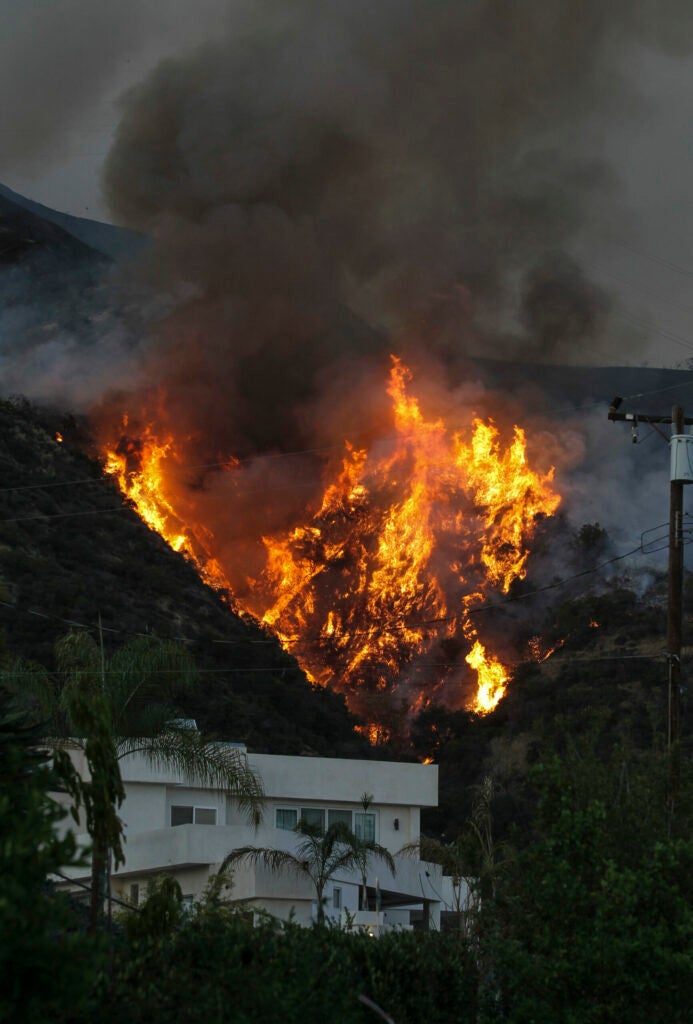 Houses in the path of a wildfire in Duarte, California. 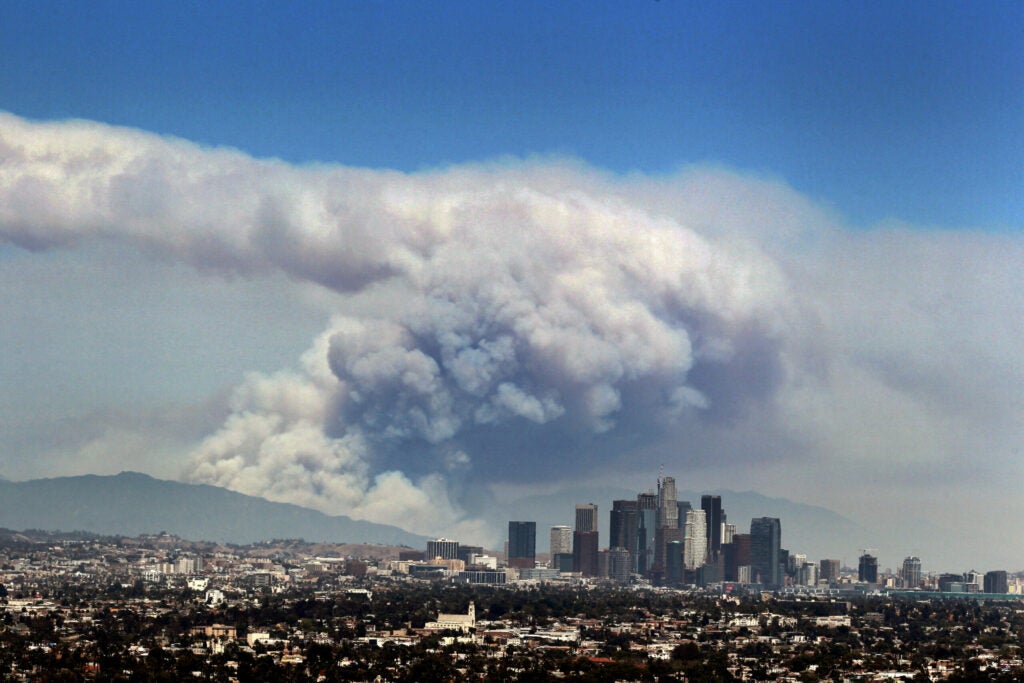 Smoke from wildfires in the Angeles National Forest dominates the skyline of Los Angeles on Monday. 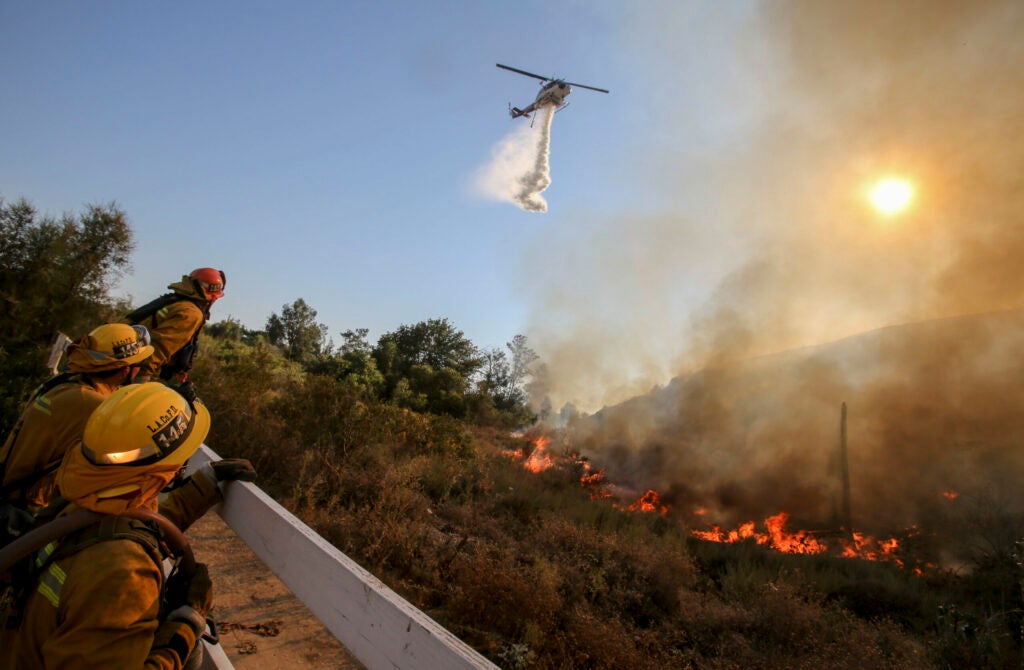 A helicopter helps firefighters battle the flames in Azusa, California. 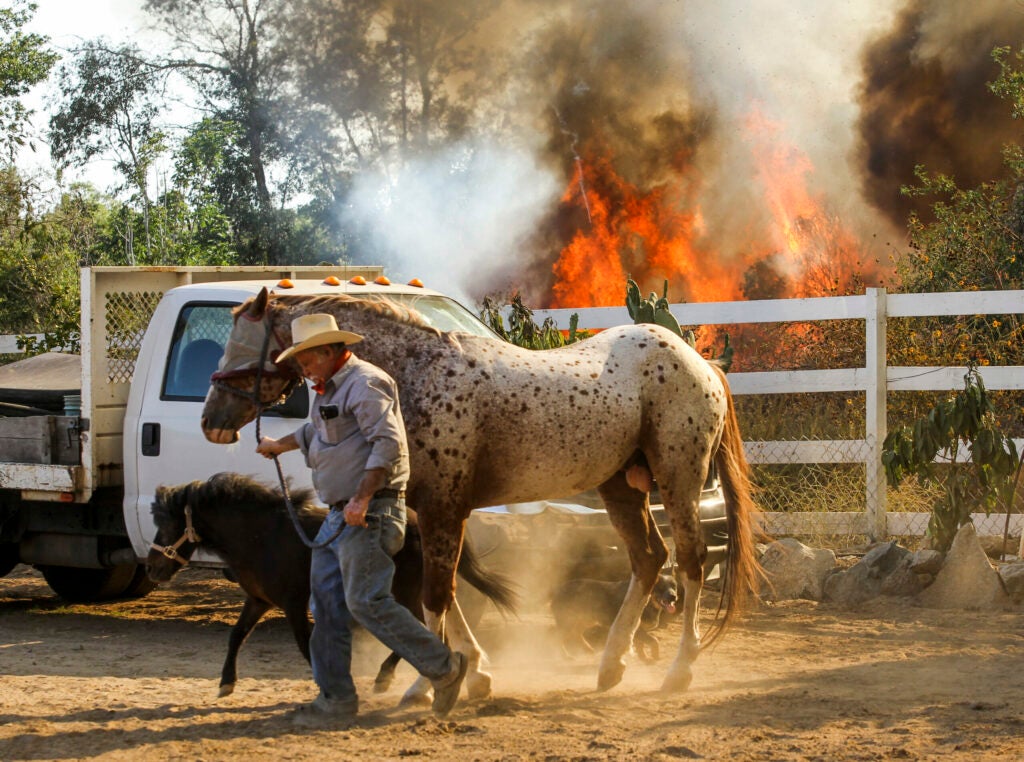 Jimmy Romo leads horses to safety at his ranch near Azusa, California on Monday.
heat