Everything you need to know about Amazon Prime Day 2018

All the best deals that Amazon has to offer. 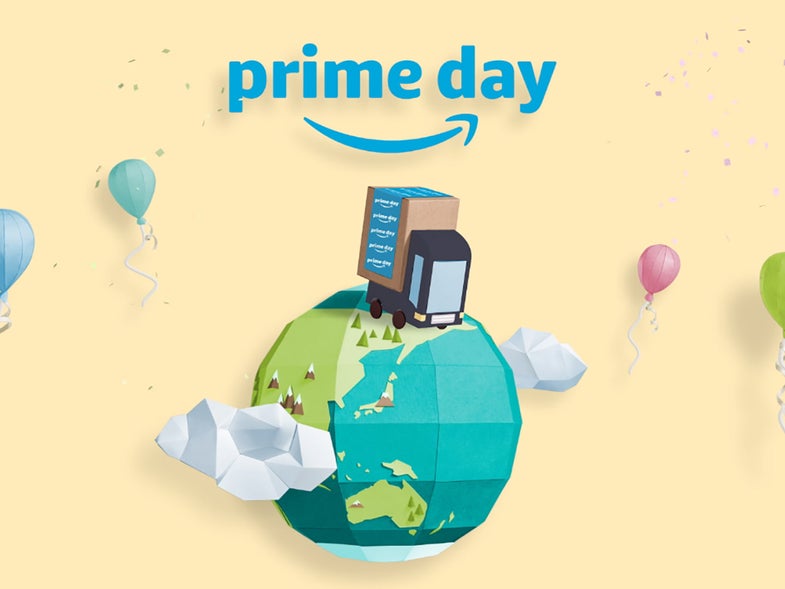 If you’ve been on the internet within the past week, you’ve inevitably seen numerous articles on the announcement of Amazon’s Prime Day. If you haven’t, we’ve got good news for you. This upcoming Monday—July 16—prices for thousands of products will be slashed on Amazon.com. What this means? You can get all of the items you’ve wanted throughout the year for way cheaper.

What is Prime Day?

Prime Day is essentially Amazon’s second Black Friday on which the retailer offers thousands of deals on products ranging from Dustbusters to TVs to crop tops to spatulas. Prime Day officially begins on July 16 at 3 p.m. ET and run through July 17 until 11 p.m. ET. Last year’s Prime Day was only 30 hours—this year you get an extra six hours—and Amazon promised more deals than ever before.

A fresh wave of deals hits every five minutes, which means there are tons of bargains in the proverbial hopper. Yes, you must be a member of Amazon Prime ($12.99 monthly or $120 for the year) to take advantage of the deals. Sign up here, if you are not a member. We’ll be highlighting the very best deals throughout the day in our Facebook group, but you can also wade through all the deals yourself on Amazon’s Prime Day page.

What can I get on Prime Day?

As far as specific products, people won’t know what’s going on sale until those deals goes live. What we do know: (1) no major shopping category is ignored and (2) Amazon is going to be pushing some major deals on their own products and offerings, including Kindle, Amazon Music Unlimited, and Audible. A few divulge-able details:

What are the best deals for Prime Day?

Expect major discounts on most Amazon products like the Echo, Dot, Kindles, and AmazonBasics products. Keep a close eye on lightning deals, too. These deeply discounted items can sell out quickly. These deals will have a timer that is counting down and will show what percentage of the deal has been purchased so far. Typically, they float around the top of deals pages, but can be interspersed in between normal all day deals.

As a last Amazon pro tip, if you aren’t in a rush to receive your items, use the six-day, no-rush delivery option, to receive rewards and discounts on later transactions.

How can I prepare for Prime Day?

Take a deep breath. Download the Amazon mobile app. If you see an item that doesn’t go on sale for a while, you can set a reminder in the app to make sure you don’t forget to return to it. Most deals won’t list the actual discounted price until they go on sale, so these reminders can be a nice way to quickly jump back to those products to see if they are worth it.

Where can I get a rundown of the best deals available, as they come?

We will update this post with links to our Prime Day coverage, and will be publishing a continually updated list of awesome deals we find throughout the day. Also: we’ll be posting updates on our Facebook group dedicated to finding deals on the internet.