How to tell if you really have a fever 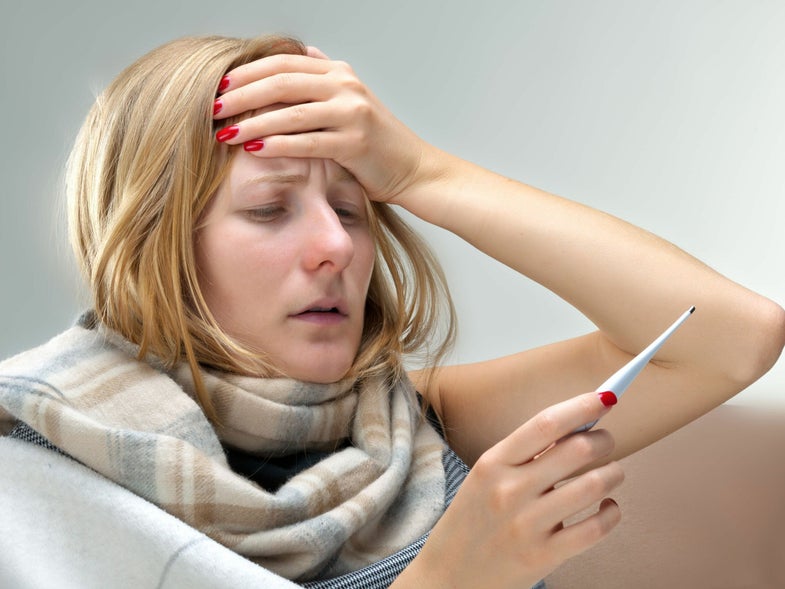 Everyone knows the number 98.6. When you were a kid, it was that golden degree that you had to surpass in order to officially have a fever—and a chance of missing school. But although we all think of that number as the average human temperature, it’s not actually as accurate as mainstream culture treats it. Unsurprisingly, human bodies are all different, which means that 98.6°F does not equate to the perfect temperature for any one person.

Our collective misunderstanding of what counts as a fever is a big problem, because you don’t want to ignore changes in body temperature. A fever often means that your body is undergoing some type of immunological response, often from an infectious agent, like a cold or flu virus or a bacterial infection. But if you can’t go by that 98.6 degree standard, how do you know whether you have a fever?

Where did that 98.6 number come from?

The first person to attempt to standardize body temperature was a guy named Carl Reinhold August Wunderlich, a German physician who reportedly recorded over one million temperature readings from 25,000 people. He concluded that the average body temperature of a healthy adult was around 98.6 degrees. To be fair, he also noted that that number can vary—from as much as 97.2° to 99.5°—depending on the time of day, whether a person was male or female, and how old they were. But 98.6 degrees stuck as the standard of a “normal” healthy adult.

And though it’s still the standard, that number has been called into question numerous times over the past few decades. Few, if any, doctors would say that there is one perfectly normal body temperature for all adults..

As Wunderlich and many modern researchers have noted, body temperature fluctuates. A lot.

The first big difference that comes into play is gender. Women tend to have, on average, slightly higher body temperatures than men, which is mostly due to differences in hormones, fat storage, and metabolism. These factors are all intertwined with a person’s core body temperature.

Age also plays a role. Older adults tend to have a lower body temperature than their middle-aged and young counterparts. One study found that, in a nursing home population with an average age of 80.7 years, the average temperatures fluctuated throughout the day but mostly stuck to the 97-degree range, with the lowest reaching 94. The researchers also noted that the oldest residents registered the coldest temperatures.

Given that amount of fluctuation for an individual person, and how that one person differs from the norm, it’s best to use 98.6 degrees as a sort of flexible guideline. If you are going to measure your health via your body temperature, like using it to determine whether you have an infection, you must first take a baseline measurement of your personal average body temperature.

To find your personal average, measure your temperature daily over an extended period of time—the longer the better. For best accuracy, take your temp at the same time of the day with the same thermometer. That will give you an idea of what is normal for you.

Then, next time you think you have a fever, compare your unwell-feeling temperature with your baseline average. If that number is 2 degrees or more higher than your norm, then, by Centers For Disease Control standards, you have a fever.

Don’t focus solely on the number

Numbers, averages, and statistics are helpful, but they aren’t everything. Knowing your body and how you feel when you are well, and then comparing that to how you feel when you are ill, is just as important. Because aches and chills typically accompany a fever, if you have those symptoms, then you most likely have a fever (even if it’s a mild one), regardless of what the thermometer says.

So know your average, but listen to your body as well.