PolyEyes 2.0 Can Turn Normal Human Vision Into That Of Clumsy Chameleons 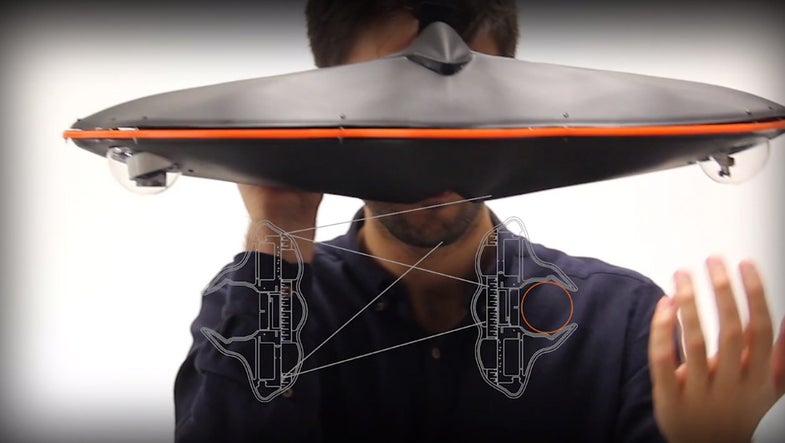 Chameleons have it all. Giant fast-firing tongues, color changing skin, arms great for grasping at sticks, and eyeballs that can move independently to capture a huge view of the world around them. Bringing humans closer to chameleons, at least when it comes to vision, is the PolyEyes 2.0, by the Interactive Architecture Lab.

The wide headset, which looks like a hammerhead shark’s face if it was a sports car in the late 1980s, uses two Raspberry Pi Camera Modules, which pivot in little clear domes. They give the viewer at least 180 degrees of vision, and feed that vision through a Raspberry Pi computer module into a viewing screen, which splits vision down the middle so each eye gets its own field of vision. Here’s what that looks like:

PolyEyes 2.0 is part of a larger conceptual suit, built from several other prostheses including an exoskeleton and limbs, which the Interactive Architecture Lab bills as “part of a continuing process of upgrading the human entity.”

Watch this strange thing in action below: