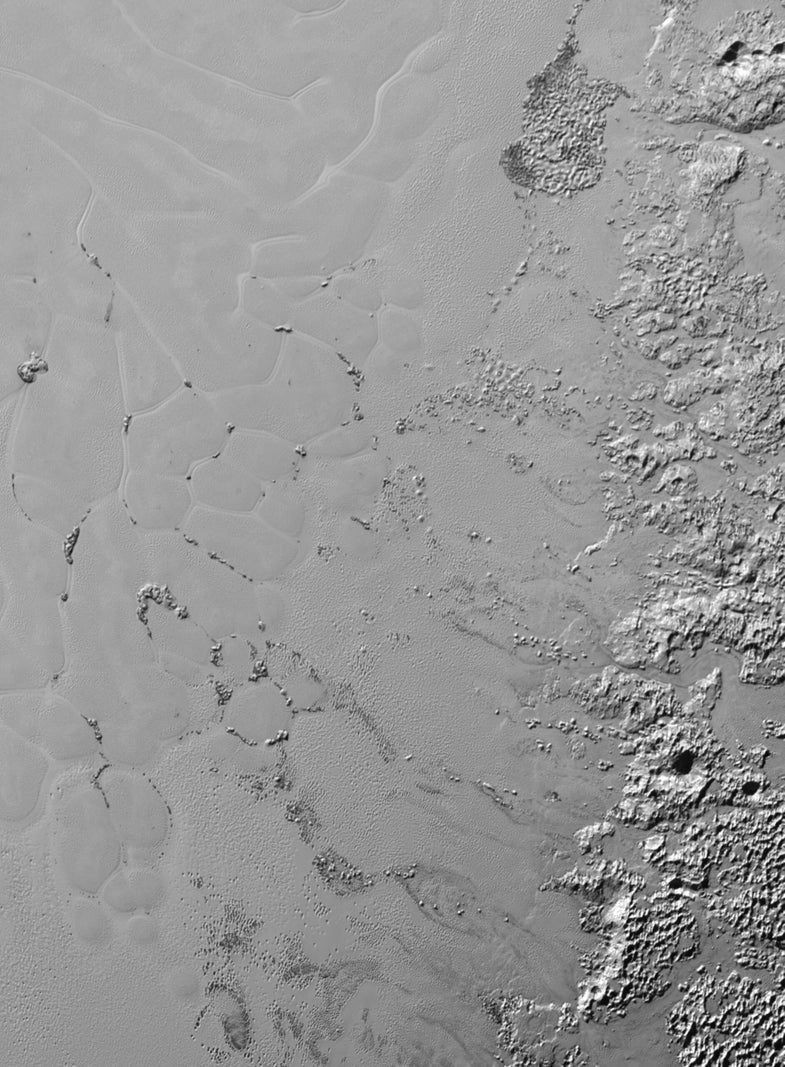 Pluto is pretty much covered in water ice. We’ve known that for a while now. In fact, the very first image that NASA’s new New Horizons spacecraft sent back during its close flyby of the dwarf planet last summer showed huge mountains suspected to be composed of water ice.

Now scientists suspect that miniature versions of those icy mountains have drifted out onto the wide, flat plains of the area known as Sputnik Planum, located in Pluto’s heart-shaped region. As a NASA press release today explains:

Some of the icy hills form chains that stretch up to 12 miles across.

Although finding more water ice anywhere else in the universe is exciting, it probably doesn’t raise Pluto’s changes for life — the planet is still likely too distant and thus likely too cold to support liquid water or any associated lifeforms. But the findings do shed more light on the surface conditions of this mysterious alien world on the edge of our solar system. 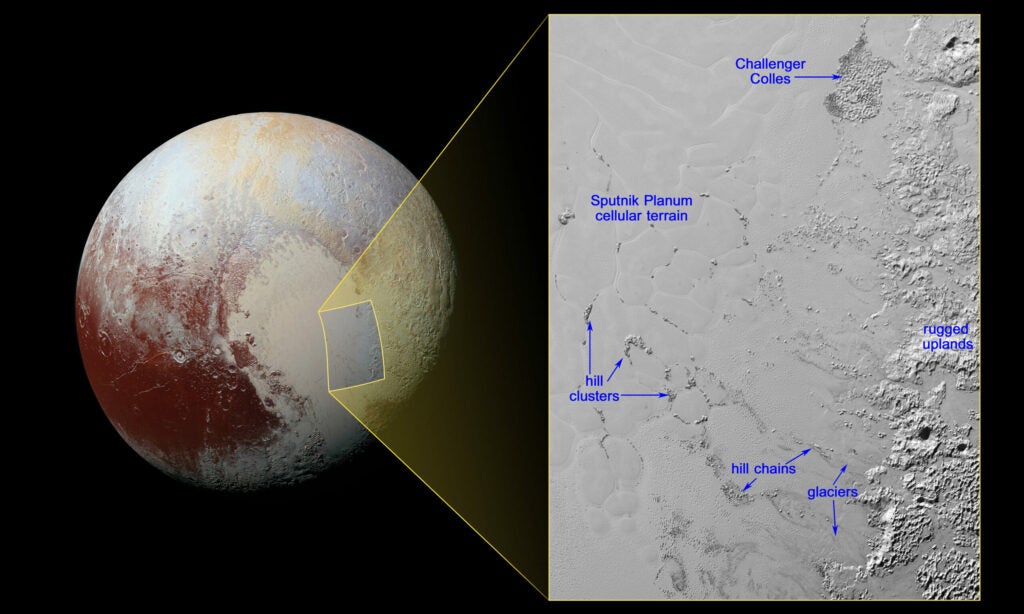 The water icebergs float in part of Pluto’s “heart”