The Time Round, now shiny 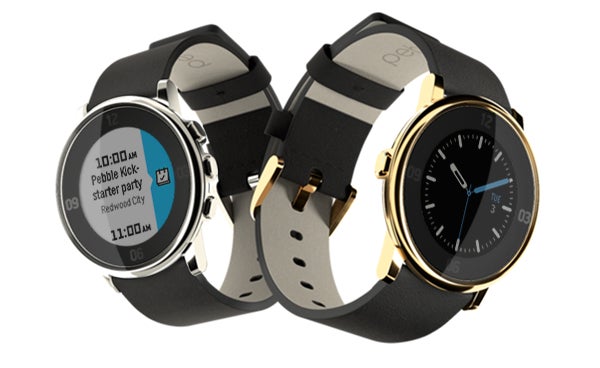 Apple may have recently announced new software for its Watch, but Pebble isn’t to be forgotten. The Kickstarter-founded company recently released its Pebble 2 and Pebble Time 2 smart watches as well as the Pebble Core: a portable media player that can run apps and eventually even Amazon’s Alexa. Now the company is giving users even more reasons to flock to the e-ink smartwatch.

The special edition versions of the Pebble Time Round watch put the company in a prime position to take on the smartwatch competition from the likes of the Apple Watch, Samsung’s Gear S2, and the bevy of Android Wear devices. The watches still ship with the e-ink screen, tactile buttons, and standard watch strap support Pebble fans are used to.

A laser engraving will come to those who order the new Time Round Kickstarter editions.

News of Pebble’s latest watches follow updates involving health and virtual assistants to the company’s products. A heart-rate monitor is included in the Pebble 2 and Time 2 offerings for those who workout with their smartwatch on. And the addition of Amazon’s Alexa in the Pebble Core would make the portable Spotify player just as powerful as the Amazon Echo. Users of any smartphone platform, or no smartphone at all, would gain access to Alexa on the go. Microphones added to the recent selection of Pebble smartwatches suggest Alexa could come to the wrist as well. Pebble’s Time Round includes a microphone but forgoes the heart-rate monitor (for now).

Pebble’s new Time Round Kickstarter Edition hits the crowdfunding site today and will start shipping to backers in September.