It’s super compact, sturdy, and is super easy to set-up. 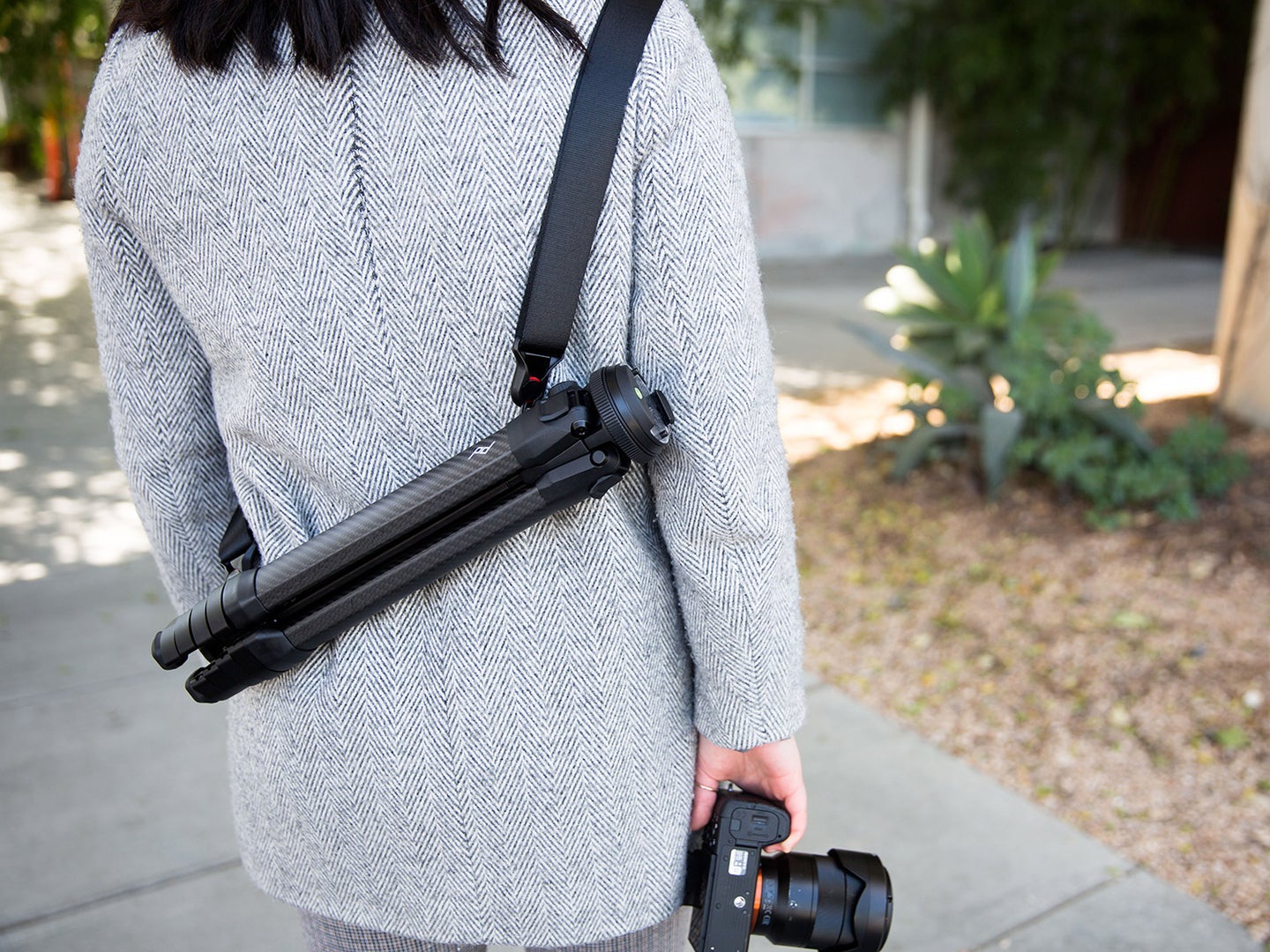 Peak Design is well-known for its practical everyday camera bags and camera straps, but now the company is diving into another camera accessory category. This morning Peak Design launched its ninth Kickstarter campaign to fund a new product called the Travel Tripod.

Although there are plenty of options already on the market, Peak Design wanted to make something that was more compact and had a quicker setup time than the gear that is currently out there. We had a chance to checkout a pre-production model prior to launch and so far we’ve been impressed by these two aspects.

To cut down on bulk the engineering team eliminated the dead space between the tripods legs, so the legs nest snugly in with the center column. When the tripod is collapsed, it has a diameter of just 3.25 inches—making it very comfortable to slide into the side pocket of a backpack. Simplifying tripod setup was also key. The Travel Tripod has non-inverted legs that are set up with four locking cam levers. Each tripod leg can be fully deployed with a single hand movement, making for a much quicker setup than a traditional travel tripod, which requires you to loosen multiple collars going down each leg.

Here is what else we know about it:

The Kickstarter campaign for the Travel Tripod launches today and if you pledge early you will end up saving some money. During the campaign you can snag an aluminum version of the Travel Tripod for $289 or a carbon fiber version for $479. Once the tripods hit the market prices go up, the aluminum version of the tripod will be $349.95 while the carbon fiber model will be $599.95. Kickstarter backers can expect to receive tripods by Dec 2019.