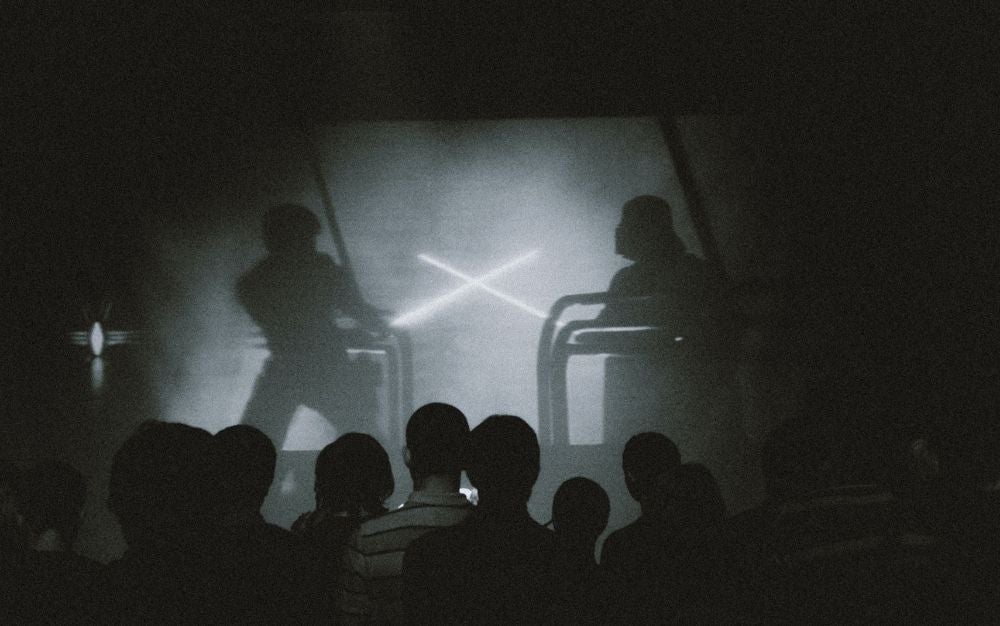 The best projector screen is in the eye of the beholder

Trying to operate a projector without a screen could be even more maddening than staring at a blank wall. At least with a blank screen, you know what you’re looking at. If you try to reflect an image onto a bed sheet or the side of the garage, the picture is likely to be so distorted you’d probably be better off making shadow figures on the wall. So it’s simple: if you’ve purchased the best projector, you need to purchase the best projector screen to go with it.

But finding the best projector screen to meet your needs can be complicated. They come in a variety of types: from inflatable models to pull-down versions. And they can vary greatly in how well they reflect images. This guide will provide a clear look at how to find the best screen for you.

What to consider when buying the best projector screen

From inflatable versions to wall-mounted units, the best projectors are made in many different ways. As a result, there is a lot to consider when shopping for the best projector screen—perhaps more than meets the eye.

Is it your type?

Considering that projector screens, at their most basic level, are essentially blank surfaces, it might be surprising to realize there are an array of types, from pull-down screens to inflatable models that work well as an outdoor screen. Here are popular varieties:

Do you want a big screen or a big-big screen?

Even the smallest projector screen will rival the size of flat-screen TVs. But the best projector screens can range in size from 40-inch portable projector screens like the Pyle Pull-Out Projector to a 150-inch projector screen, like this Elite Screens model. The bigger the screen, the bigger the image that can be displayed. But a bigger image can also have a lower resolution. Remember, the size of the image your projector can display depends in part on how far the projector is from the screen. This is known as the throw ratio. For instance, a ratio of 1.5:1 would produce a 5-foot-wide image when the projector was 7.5 feet from the screen (5 x 1.5). Short-throw projectors with zoom lenses can mitigate this to a degree, but generally speaking, the longer your space, the bigger of a screen the device will be able to accommodate. So if you’re looking for the best screen for an apartment, say, it’s probably a waste of money to buy a 150-inch screen since your system won’t be able to maximize its potential.

It’s also important to note the aspect ratio you’ll use most often. HDTVs (think streaming TV shows or live sports) play at 16:9, while widescreen movies stretch to 16:10. Many modern movies are shot with an aspect ratio of 2.40:1, compared to the 2.35:1 ratio common in classic movies.

Do you see it clearly?

The best projectors can display 4K-resolution pictures. But future models should keep advancing, meaning you may be wise to purchase a screen that can support 8K or even 16K-resolution images. The resolution of a projector screen is largely based on how well it can reflect light. That’s why material matters. Movie screens actually once contained embedded silver to make the screens more reflective. While today’s “silver screens” no longer have silver, they are still designed to best reflect images. Vinyl or spandex are common materials for the best screens, though plastic, rubber, and polyester are also used. Screens with matte finishes won’t do as well reflecting high-definition images. Ultimately, the smoother the screen the better, since the texture of any sort will distort pixels.

Especially if you’re setting up your screen in a bright room, you want one that will reject ambient light rather than reflect it. A black screen works well for this, but they also create a darker picture. Many white screens feature black backing and black frames that help prevent ambient light from affecting the image you see on the screen.

The best projector screens for a wide variety of audiences

Whether you’re a movie buff or a sports fanatic, are hoping to watch outside, or are setting up the perfect indoor home theater, here’s our view of the best screens.

The Elite Screen’s spring-based tension system provides a flat surface that means the picture will be the same, no matter which part of the screen you’re looking at. Plus, a 180-degree viewing angle on the 120-inch, 16:9 aspect ratio screen lets you watch, even when sitting way off to the side. The picture should be crystal clear, as well, with the Cinewhite PVC-based material supporting 4K-resolution images. And black backing prevents light penetration, while a black velvet aluminum frame absorbs additional light and adds a bit of panache.

At just 19 pounds, this Epson screen is designed for professionals who take the show on the road. The 80-inch screen, which can expand to a 16:9 aspect ratio but also works at 4:3, contracts into a 43-inch-long case with carrying handles that secure the included tripod stand.

Gamers need to examine every angle since secret passageways or useful tools can be tucked into every corner of the image. That means gamers need a screen that offers a uniform picture. This Silver Ticket is just the ticket, with a tension system (like the Elite Screens model above—though this one uses rods) that creates a 1:1 uniform gain that’ll keep the image consistent, no matter the distance of the mounted projector. The 100-inch fixed screen, with an aspect ratio of 16:9 and a 160-degree viewing angle, can support up to 8K resolution. Also similar to the Elite Screens model, Silver Ticket’s is black-backed to prevent light leak-through, and it features a black velvet and aluminum frame.

With a built-in mechanism that fills in seconds, the Gemmy Airblown Movie Screen stands 12 feet wide and 11.5 feet tall, boasting a 144-inch screen with a 16:9 aspect ratio. Weighing 24 pounds, the inflatable screen also packs up into a carry case, making it as portable as an air mattress. Meanwhile, yard stakes, tethers, and two fans help keep the vinyl-based, weather-resistant projector stable––or at least as stable as an outdoor movie screen can be.

For less than half the cost of many of the best projector screens—and an even smaller fraction compared to some of the most expensive projector screens available—the Vivo Portable Screen features a matte-white surface designed to diffuse light. The matte finish means it won’t give off as clear of an image as the best screens on the market, but with a 4:3 aspect ratio, it’s a perfectly functional pull-up screen that includes a foldable tripod and measures 70 inches when packed away.

Q: Does the projector screen make a difference?

The projector screen definitely makes a difference. A useful analogy is that a projector screen is to a projector as the tires are to a car. It’s where the rubber meets the road, so to speak. If you’ve invested in the best projector, you don’t want a screen that’ll downgrade your viewing quality. For optimum viewing, you want a screen that holds its place to create a uniform picture and reflects light as accurately as possible. Technically, you could watch movies on a white bed sheet, but you’d no doubt experience some wrinkles.

Q: How much should I spend on a projector screen?

You can find screens for under $100 and others that cost thousands of dollars. Motorized screens tend to cost more since you’re also paying for the electrical system and housing that’ll help hide your screen when you don’t want to see it. Still, that doesn’t mean spending thousands is worth it for average viewers––even those who expect to watch movies in 4K. Some of the best screens, like those made by Elite Screens, sell for hundreds, not thousands.

A good screen is one that fits your needs and the space where you want to watch movies and TV. For some people, the best projector screen will be one that best reflects uniform high-definition images. For other people, an inflatable screen that blows up before the big game is the best way to play it.

The final word on shopping for the best projector screen

Whether you want a screen with a stand that’ll support your next presentation or a giant inflatable surface for the big game, it’s important to find the best screen to go with that fancy device you just bought. From motorized screens to portable screens, hopefully, the takeaway is clear: what works for one person may not work for all. But you can definitely find the best projector screen for you.