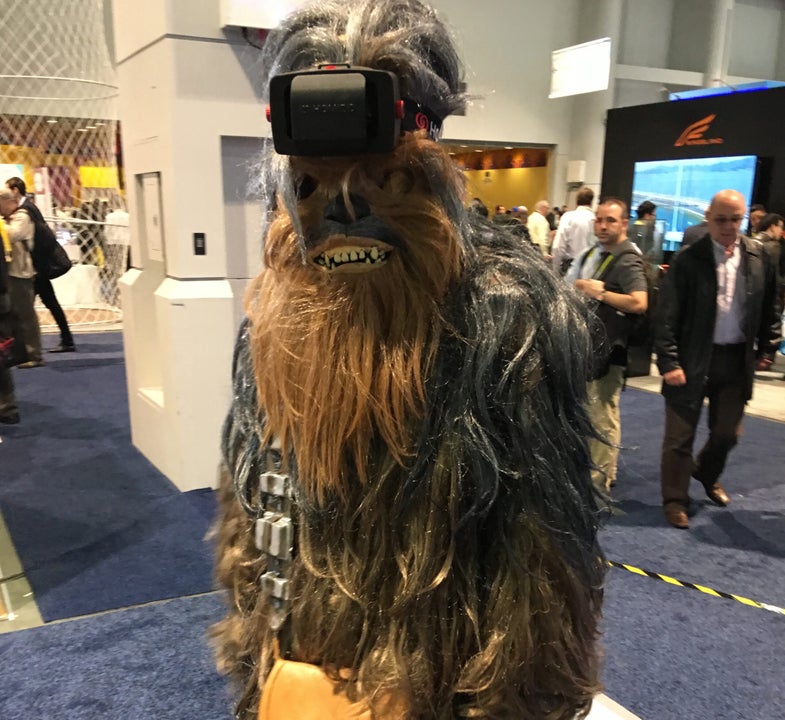 One of the many odd sights that made us say "WTF?" at CES 2016. Popular Science
SHARE

The annual Consumer Electronics Show in Las Vegas is always filled to the brim with thousands and thousands of gadgets. Some of these are obviously useful, but many, many others are baffling in their inanity, audacity, and just plain weirdness. Imagine if you took the products from a Skymall in-flight catalog, amped up the oddity by a factor of eleven, and infused them with millions of dollars of venture capital and crowdfunding donations and the latest technological bells and whistles. That’s CES.

And CES 2016 was full of stranger products than many gadget shows of the past few years, which is really saying something. Take a look at some of the ones that stood out to the Popular Science crew and left us reaching once again for that all-too familiar phrase: “WTF CES?” 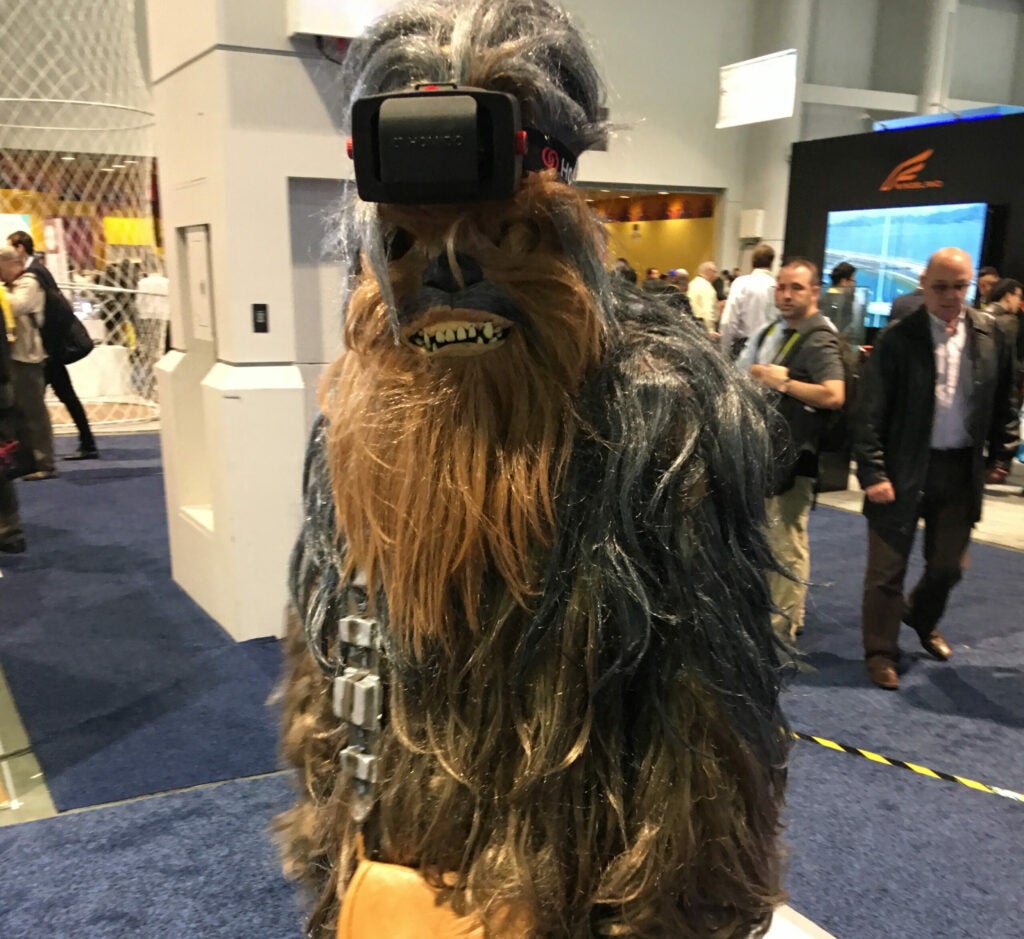 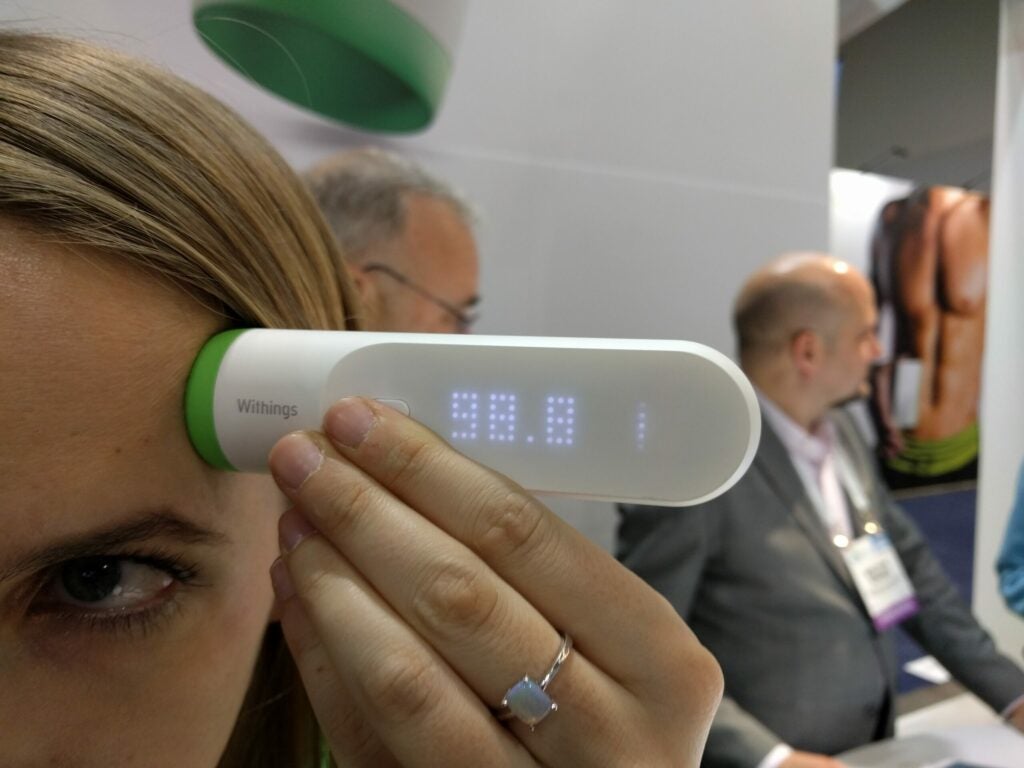 This smart thermometer costs $100 and ships in March. 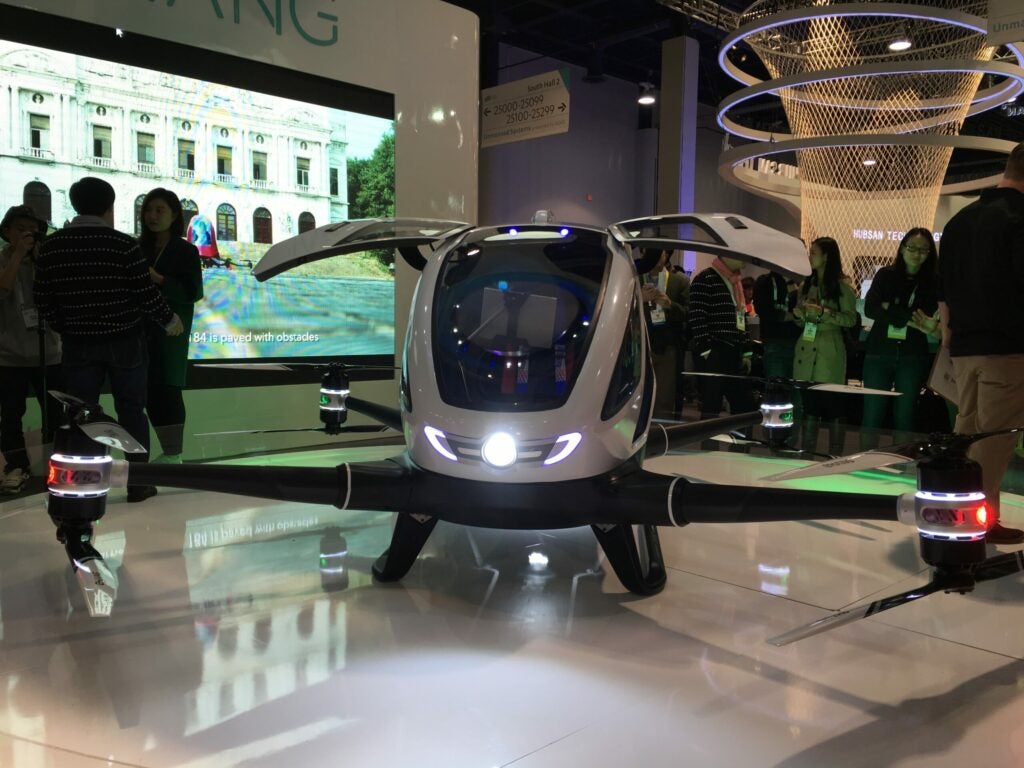 Chinese company Ehang showed off a prototype of a personal aerial vehicle it says can whiz people around safely without a pilot. Who wants a ride? A Kickstarter project that seeks to offer a foam-padded drone with a built-in camera to customers for $1200. 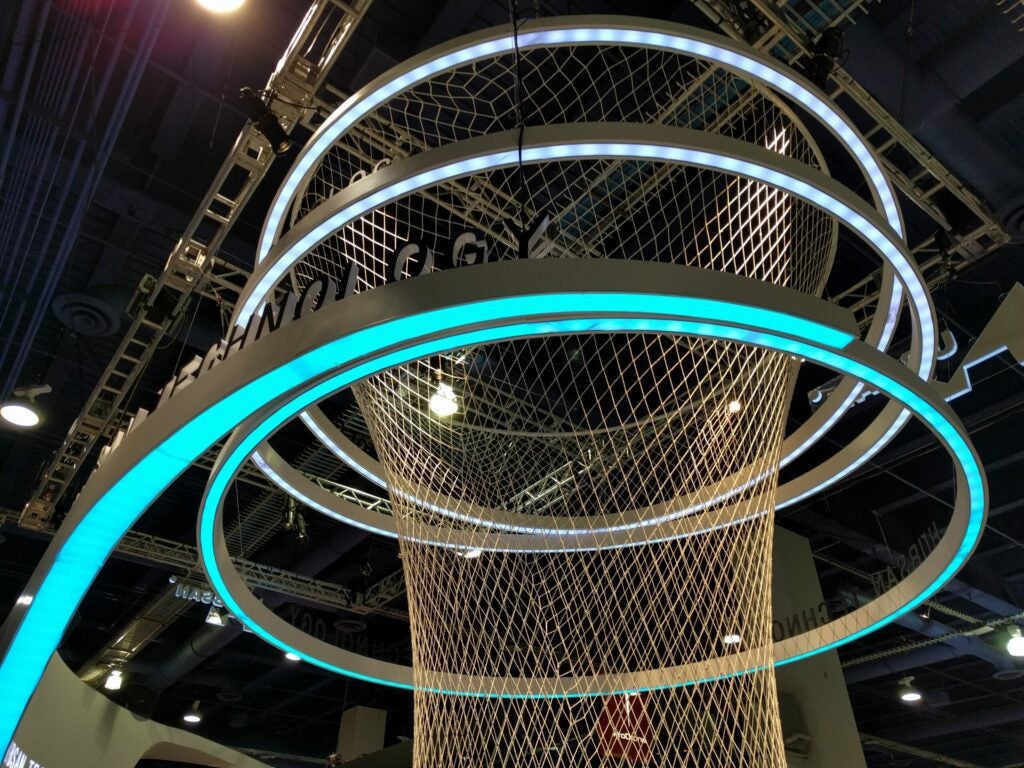 One of many nets erected to keep the autonomous flying craft out of the way of convention-goers at CES 2016 in Las Vegas. 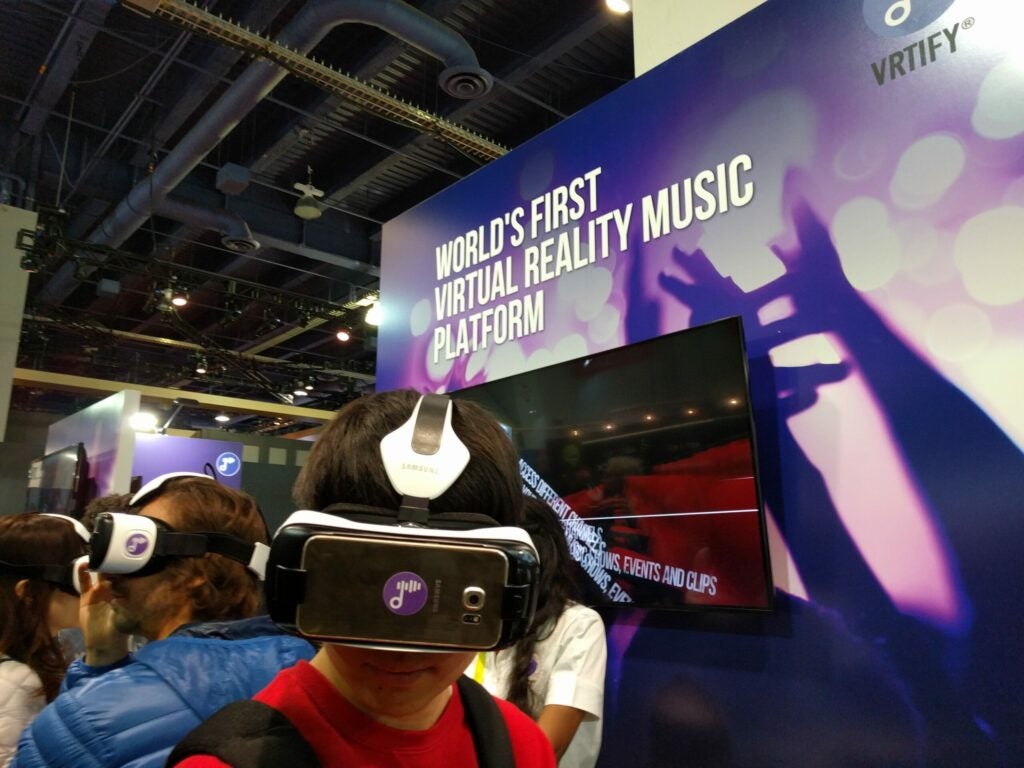 A platform dedicated to animating your music playlists from Spotify and other apps in VR. 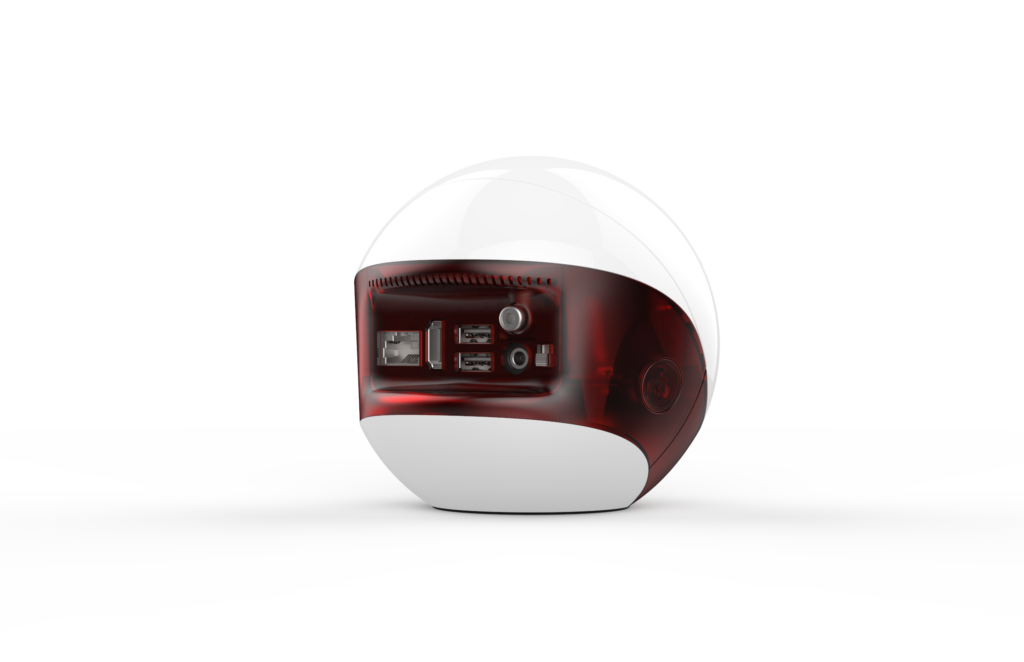 The Endless Mini can send video through an HDMI or RCA cable, making almost any TV a computer monitor. 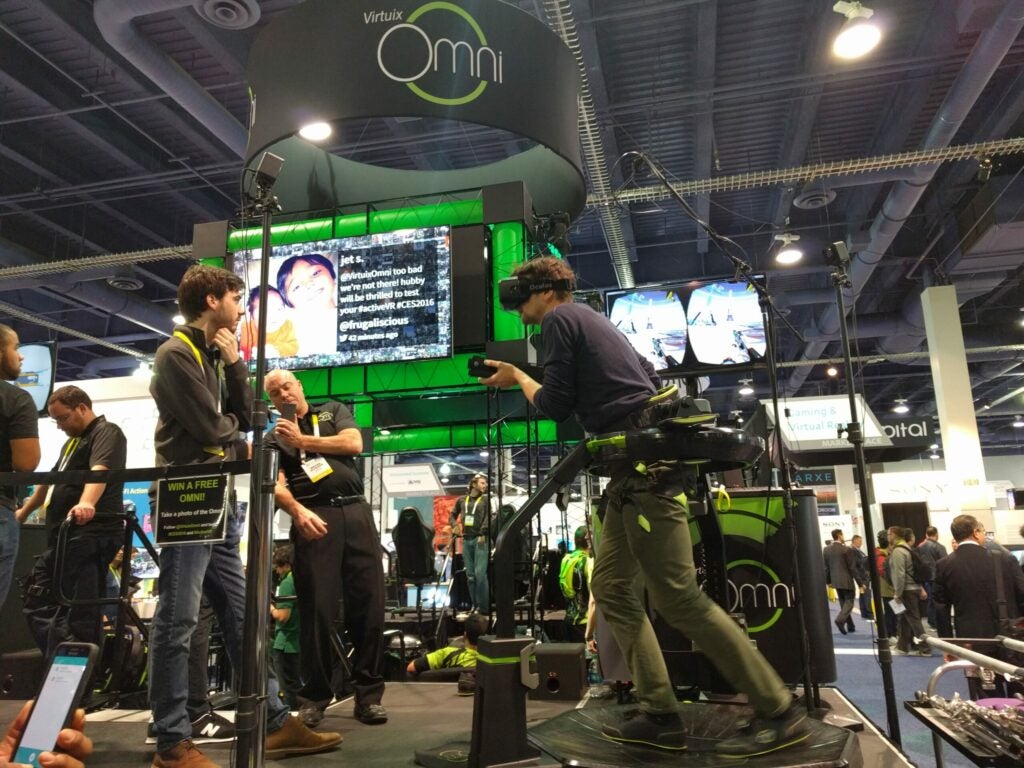 The Virtuix Omni VR treadmill is gaming taken to its logical extreme. You are harnessed, put into a ring, given super slippery shoes, a gun, and a headset. Then you start running. The aim is to navigate the virtual landscape in real life and hunt down you opponent before he finds you. It’s exhausting, exhilarating, and we’re still not quite sure what it says about the future of virtual reality (much less ourselves). But screw it. It’s crazy fun to watch… 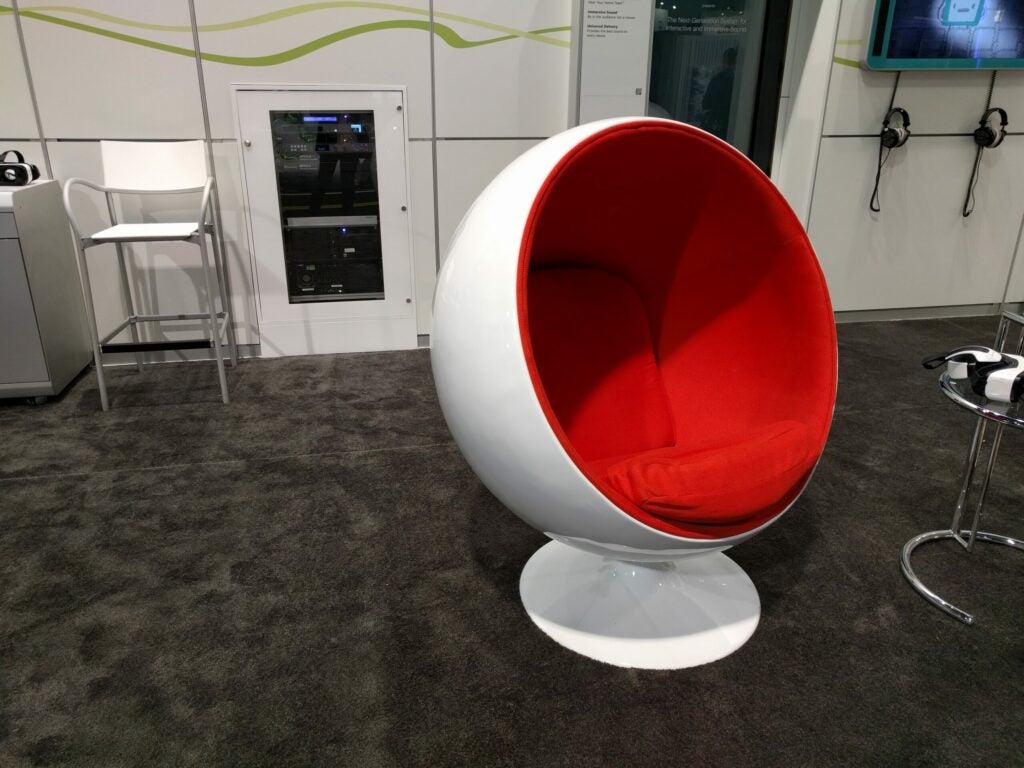 One of many groovy chairs found throughout the Las Vegas Convention Center during CES 2016. 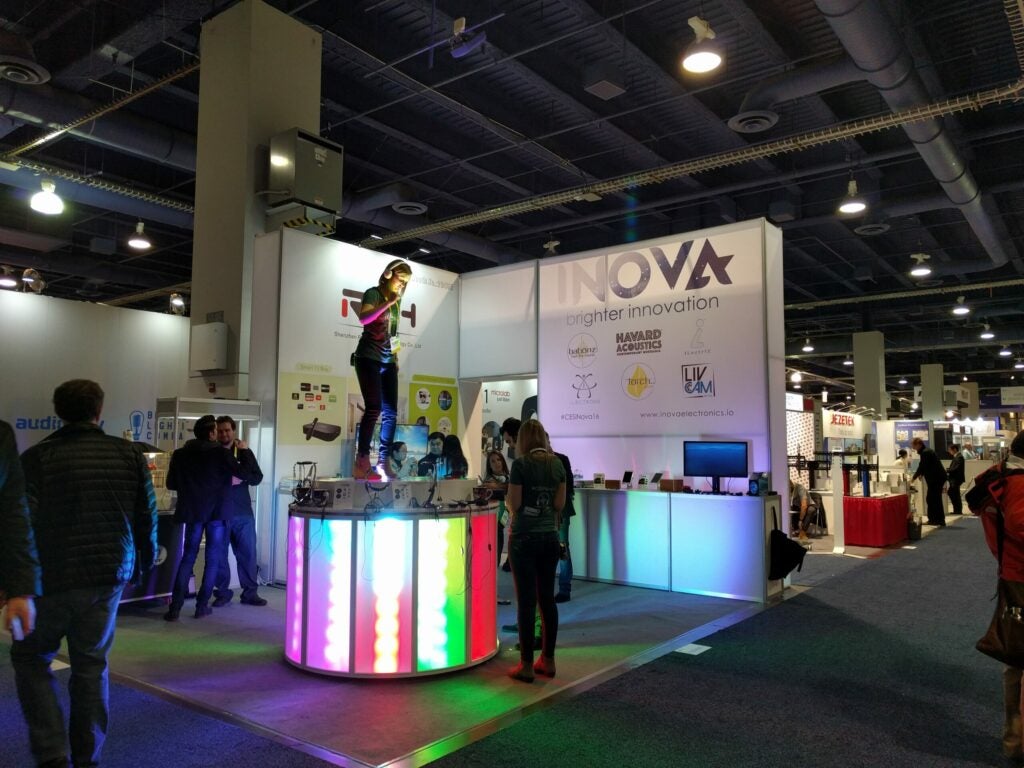 The stereotypical “booth babe” models of years past were fewer in number at CES 2016 — a sign of the gadget show maturing and becoming less sexist and more inclusive. Yet many exhibitors still employed performers like the one seen above, to drum up interest for products that might be overlooked amongst thousands of gadgets. 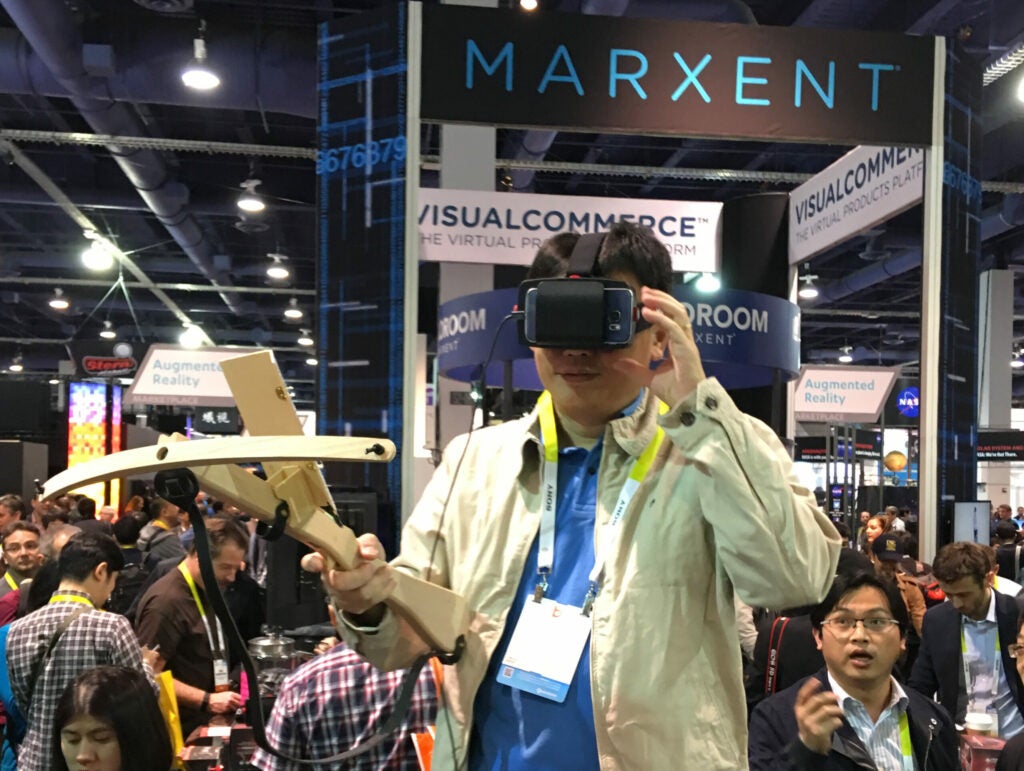 Along with the rise of new virtual reality headsets for regular people, such as Facebook’s Oculus Rift, we saw an explosion of third-party virtual reality accessories at CES 2016. One such accessory was a simple VR crossbow made by Realiteer. Unfortunately, it wasn’t as fun to use as it looked, because the demo unit didn’t move in virtual space (it was instead fixed to the direction of your headset). 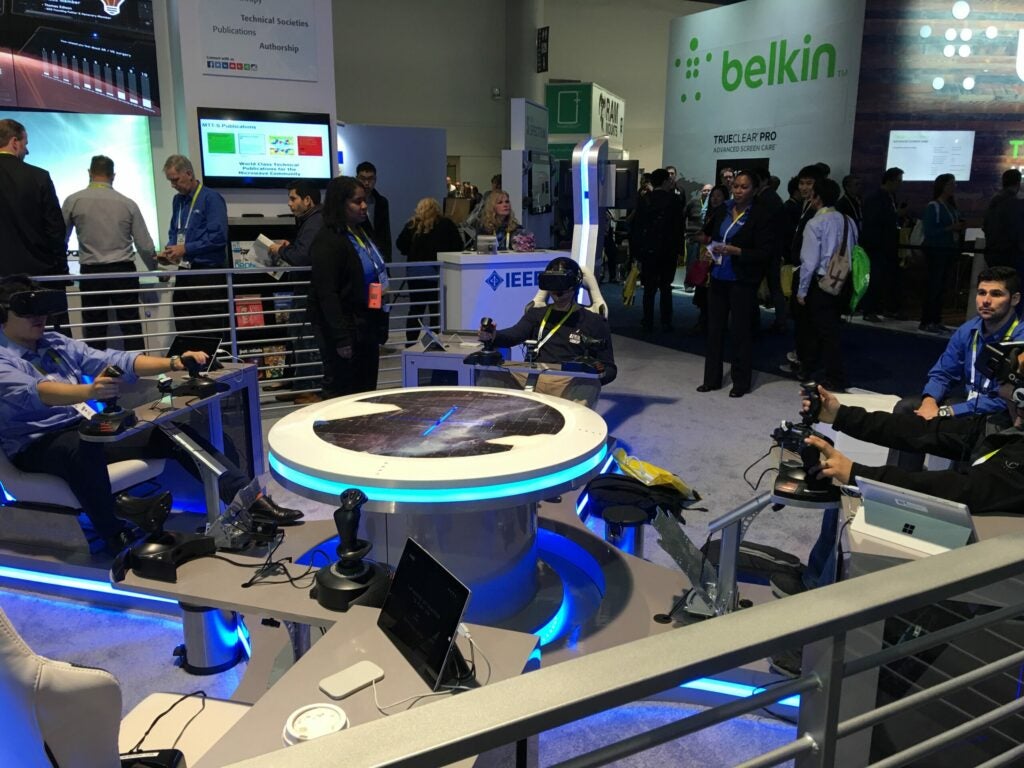 Like King Arthur and his legendary knights, only much, much, nerdier. 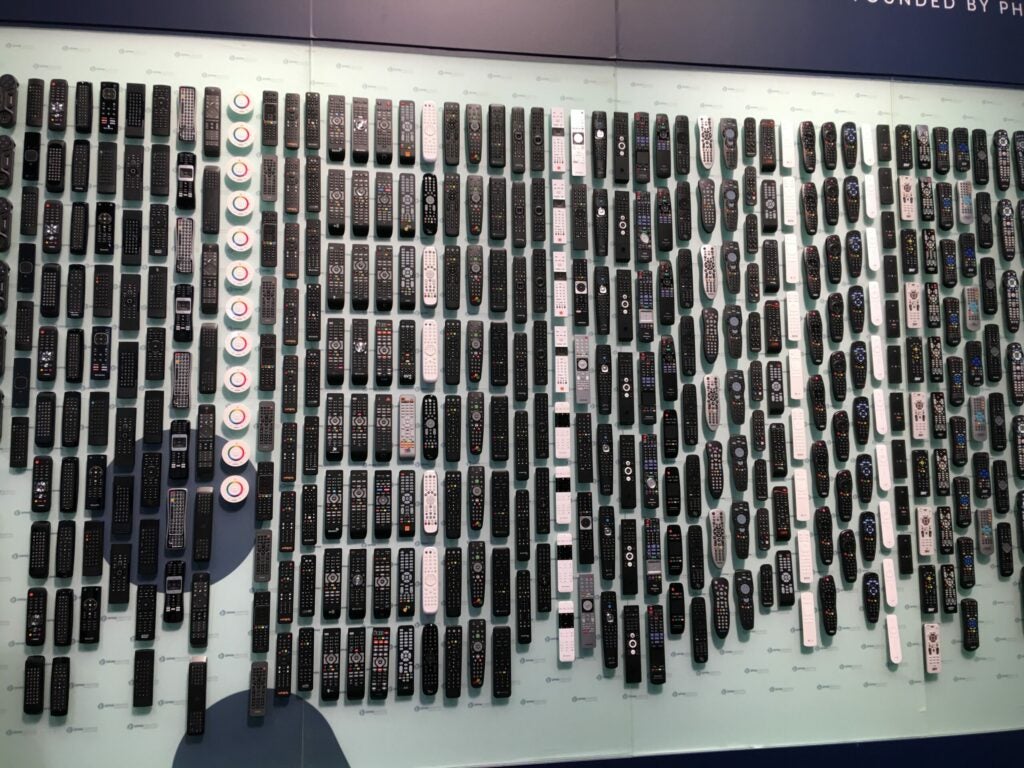 Good luck finding the right remote in this setup. 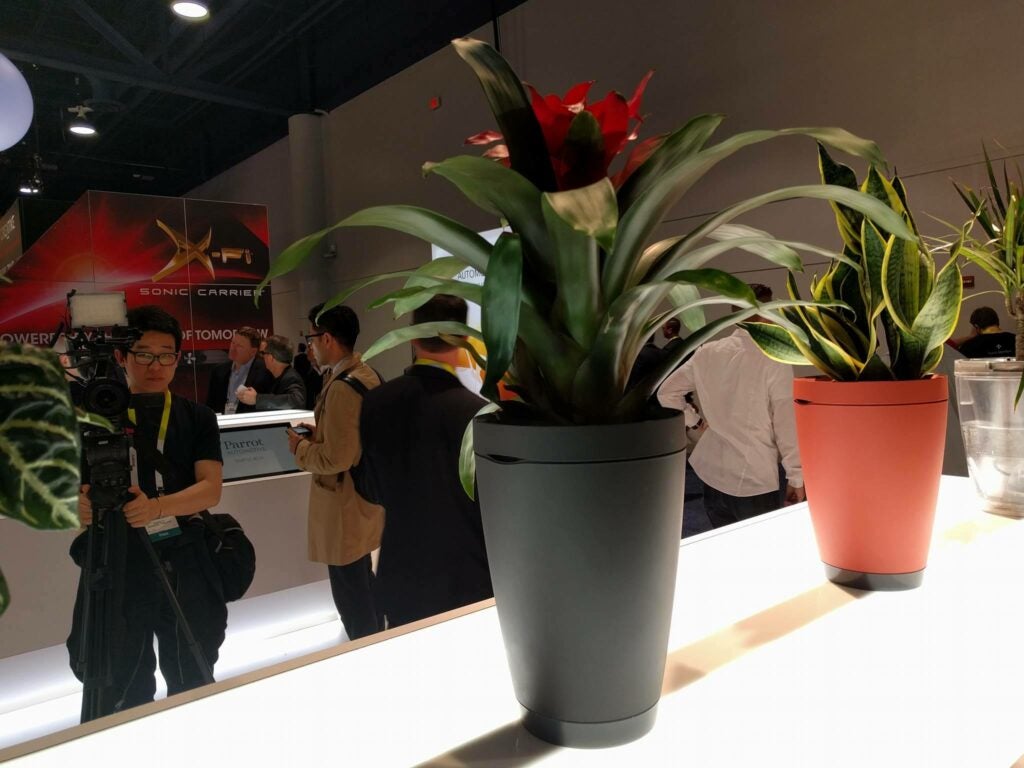