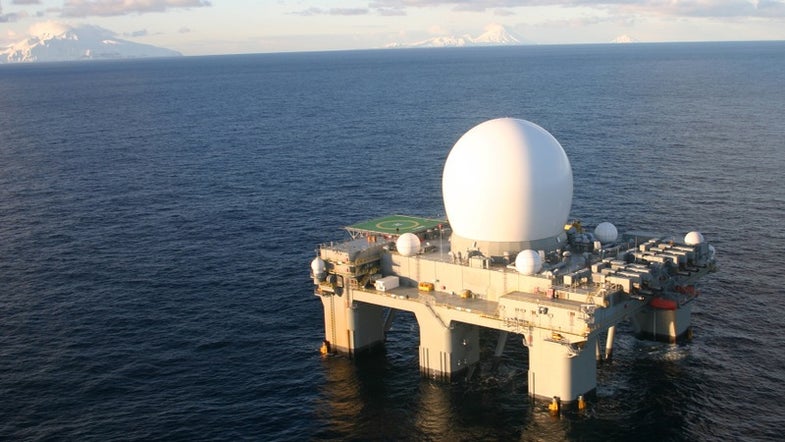 Thanks to threats from North Korea, an experimental missile shield and radar system may be deployed to Hawaii before testing has been completed. After North Korea’s recent nuclear test and vague threats of launching another Taepodong-2 missile towards Hawaii, the Pentagon has decided to rush the still-in-development Army Terminal High-Altitude Air Defense missile systems and the SBX x-band radar into action. Although the technology has existed for many years it may finally get its first test in real-world conditions.

The shortcomings of the THAAD missile shield and SBX radar, however, are somewhat worrying. The THAAD originally was tested in the 90s with dismal results at intercepting incoming targets. The system was revamped and proved much more accurate. However this was with simulated targets that tend to be easier to hit than their real counterparts. There’s also been criticism of the SBX x-band radar with reports of technological and maintenance problems along with security concerns. It also does not seem to work as well in rough waters, which was its original purpose.

Barring all of that, if there were an attack Joint Chiefs vice chairman General James Cartwright is “90-plus percent sure” the missile shield and radar would be able to intercept incoming targets. Let’s hope we never have to find out if his odds are right.