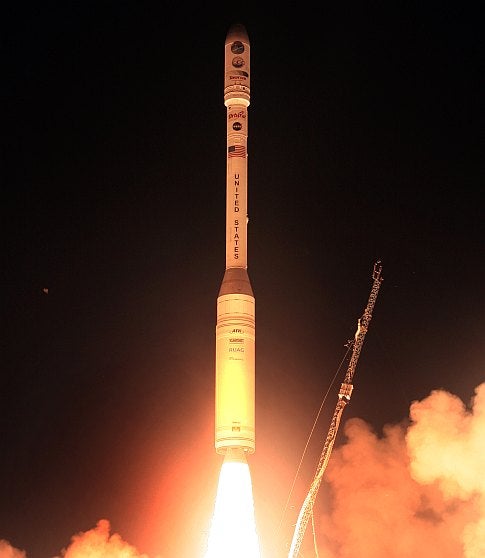 Early this morning, thousands of scientists had their hearts broken as a NASA satellite crucial to studying climate change suffered a critical failure during launch and plunked into the Pacific Ocean.

Ironically, the Orbital Carbon Observatory was doomed by the added weight of a protective device. The $273 million satellite, perched at the tip of a Taurus XL rocket, was wrapped in a clamshell shroud that was meant to protect the satellite’s sensitive equipment as it shot through the atmosphere. Once through the thickest part of the atmosphere, the shroud was supposed to automatically shed, lessening the rocket’s payload and allowing for the speed burst necessary to get the satellite into orbit. Unfortunately, the shroud never separated from the satellite, the satellite never got its speed burst, and the whole thing plunked into the ocean near Antarctica.

This failure is a massive blow to NASA’s A-Train satellite network, a series of satellites geared toward monitoring all things Earth, from from moisture to clouds to ocean currents and aerosol dispersal. The OCO was meant to provide the best-ever measurements of atmospheric carbon—the gas most responsible for driving global warming—and data on how it is dispersed around the globe, both of which would improve current carbon models. It’s also a somber reminder of just how tough it is to get into space, and NASA will conduct a thorough investigation of the failure before launching its Glory satellite, another spacecraft designed for environmental monitoring, on a Taurus rocket in October.