Listening In on the DoD 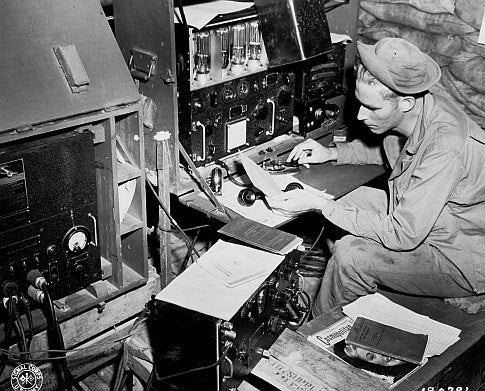 The Department of Defense has a new voice. Here’s what it sounds like:

It’s a little tinny at times, but the twice-monthly web radio show, “Armed With Science: Research and Applications for the Modern Military,” packs an informational punch. And it’s not just targeted to stealth-bomber savants and jet propulsion professionals.

In the latest 22-minute episode of “Armed With Science,” Navy hydrographer Michael Jeffries details his work on underwater surveys and nautical charts. And of course, tides. His focus is global.

That information is just a drop in the bucket. To find out more, listen to Episode #2: Hydrographic Surveys and the Fleet Survey Teams or download a full transcript.

The show has been in the works since last summer, says Lieutenant Jennifer Cragg of the New Media Directorate of the Office of the Assistant Secretary of Defense for Public Affairs Defense Media Activity. Cragg is one of the show’s alternating co-hosts, along with John Ohab, who holds a Ph.D. in neuroscience from UCLA and is currently an AAAS Science and Technology Policy Fellow at the Department of Defense. But don’t let all those fancy titles scare you away. “Armed With Science,” originally conceived of by Cragg and Robert Freeman of the U.S. Naval Observatory, is designed to showcase Web 2.0 and modern military contributions to science.

“Part of our agenda is to use these new media tools and test them,” says Cragg.

It seems to be catching on, and not just within the armed forces. After the first show, there were something like 3,000 downloads and we had not promoted it anywhere,” says Jack Holt, the Chief of New Media Operations for Defense Media Activity. That was on January 14. Holt says there’s been a total of 7,400 downloads since, from blogtalkradio.com and iTunes. “Armed With Science” also has a phone component. Listeners can pose questions on a live call-in line, (866) 588-9257.

Future episodes will demystify SONAR and crack open the cranium as part of Brain Awareness Week (March 16-22, 2009, in case your neurons hadn’t registered that).