Microsoft Thinks Everyone Should Have An Army Of Bots

But they're "back to the drawing board" with Tay.ai 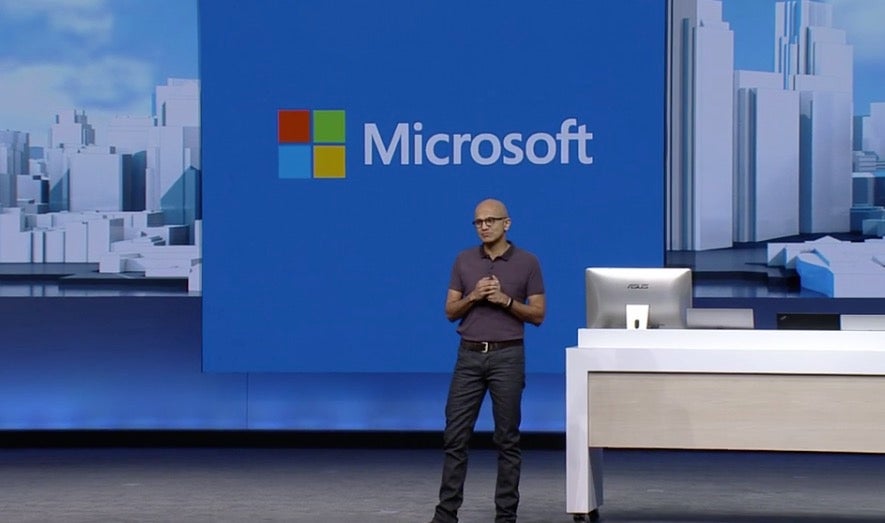 Despite Tay’s PR debacle, Microsoft is still committed to the idea that bots are the new apps.

Bots, in this context, refer to software that’s able to use conversation on a messaging platform to accomplish a task.

At the company’s Build conference today, CEO Satya Nadella made it clear that Microsoft is heavily invested in computers that can naturally talk to its users. The conference brought announcements of Microsoft’s commitment as well, most notably its new Bot Framework, an infrastructure that lets developers build bots inside their applications with little prior experience.

“Bots are like new applications that you can converse with,” Nadella said.

The Bot Framework was announced alongside new updates to Cortana, Microsoft’s digital personal assistant. Cortana will be able to carry out instructions within third-party apps, which means it could order food or potentially post on Facebook for you. Cortana will even be able to talk to other bots, and grab information for you that it thinks you might want.

This is all a part of Microsoft’s grand plan for the future of how we’ll use computers. At the highest level, we have our digital personal assistant for task-related needs. If you need to order a pizza, or send a text, that’s the personal assistant.

But then each app has a bot, or even is just a bot. You’ll talk to your bank app like you would talk to a bank teller. Microsoft isn’t the first with this idea, but it might have the largest platform of those trying to make it happen (Windows) to develop it on.

These bots would be able to work within a third-party developer’s app, or with Twitter, Slack, Skype, SMS, and more.

The most powerful thing about these little bots, though, is that they’ll be able to tap into all of Microsoft’s new APIs (application program interfaces). These are artificial intelligence tools that easily allow the bots to identify objects in photos, or recognize speech, or even gauge emotion.

An important distinction to draw, though, is even though these bots would be able to use artificial intelligence tools, they themselves are not artificially intelligent, which means they do not yet generate their own responses. Each interaction needs to be hand-coded by the developer. This could help avoid other instances like Tay, where users were able to hijack the bot.

Microsoft has a small bot directory live now, showcasing some of the simple tasks bots can be made to do. It has a bot that can chat about the news, a bot to caption images, and even one that searches for images and GIFs. But in Microsoft’s grand scheme, every app would have a bot in some form.

And Microsoft doesn’t want to be the only one building those bots. By decentralizing the work amongst developers, it removes a lot of the work from Microsoft, who can continue developing their APIs and core tools. Their main challenge, as it has been in the past, is incentivizing developers to actually build tools that work with Windows and Cortana natively.

This is contrary to the approaches seemingly taken by Facebook and Google, who want Facebook M and Google Now to be able to reach into other services and talk to them. Microsoft instead wants to ease that communication through native bots.

“Ultimately it’s not going to be able man versus machine. It’s going to be man with machines,” Nadella said at the conference. “It’s that bringing together that I think is going to move our society forward.”