It never went to space. Here’s why: 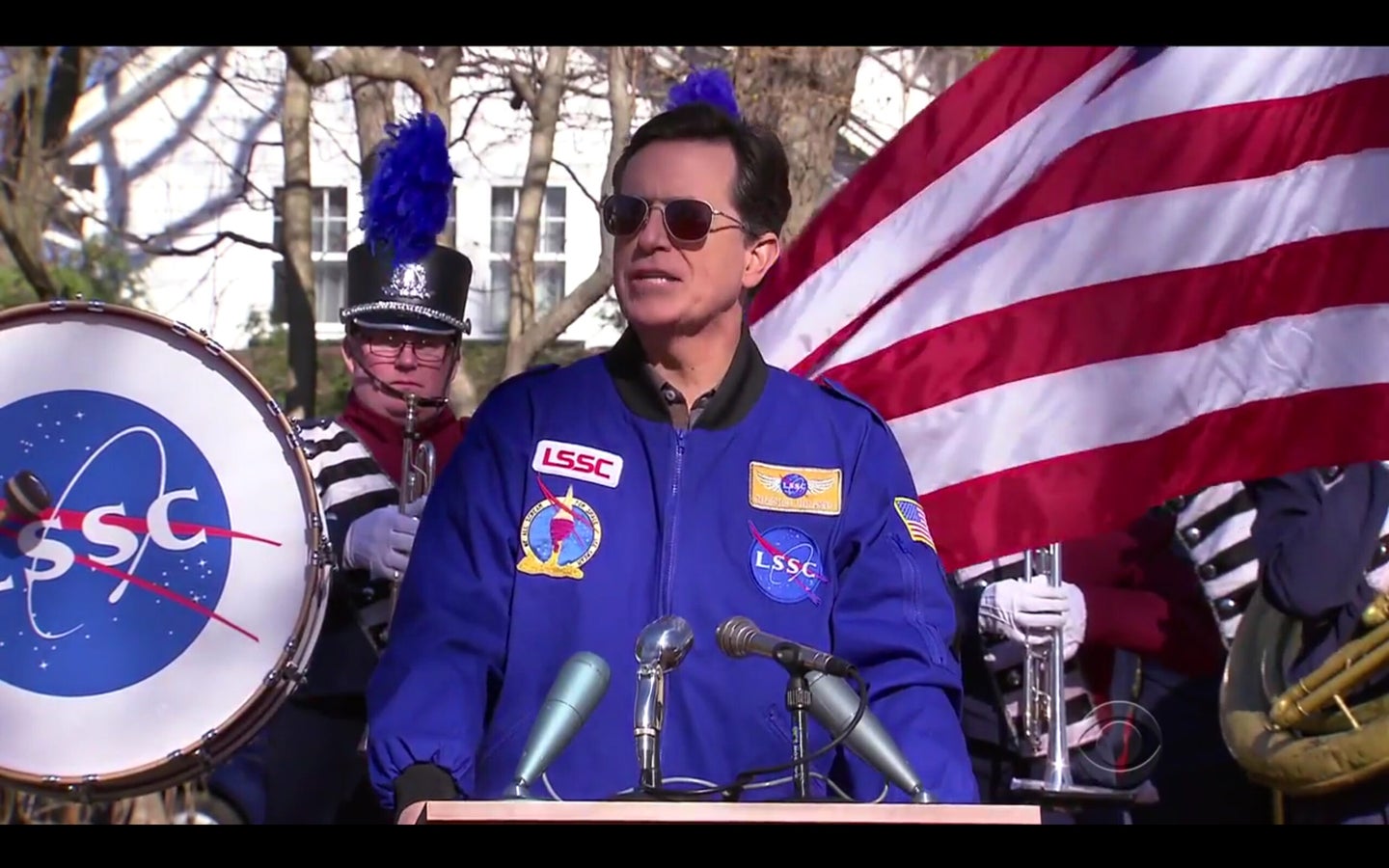 Astronaut ice cream is gross. The coolest part about it, besides its temperature, is the fact that astronaut is in the name.

A recent investigation by Vox found that this freeze-dried treat, which Late Show host Stephen Colbert affectionately describes as “a brick of sweetened sidewalk chalk”, may never actually have gone to space.

Colbert was not happy to have his childhood dreams crushed and, ever the space enthusiast, was determined to fix this.

Why? “We choose this challenge not because it is easy,” Colbert said during a mock press conference in the segment, “but because I have a television show and it’s easy.” So, he attached the ice cream to a weather balloon with a clamp in the shape of his face and a camera.

It makes sense that astronaut ice cream never went into orbit though.

Dr. Jennifer Levasseur, a Museum Curator at the National Air and Space Museum, told Vox that freeze-dried ice cream probably never made it to space for the same reason people on Earth don’t regularly eat it — it tastes bad. “It probably got made, tested on the ground, and rejected…[Those who tested it on the ground] probably thought it was as horrible as it actually is when you buy it in the gift shop,” she said.

Additionally, astronaut (and space musician) Chris Hadfield explained in a 2013 video that crumbly foods could leave crumbs floating in space, which could get inside and ruin the machinery aboard the space station.

The international boundary of space is 62 miles (327,360 feet) above Earth. For reference, Felix Baumgartner’s 2012 world-record setting skydive was from just over 24 miles (128,100 feet) above Earth’s surface.

It’s unclear if Colbert made it to the 62-mile mark — the last measurement the clip includes is at 94,000 feet before the screen flashes “SPACE!”

Either way, Colbert shared astronaut ice cream with his audience afterwards, and it’s a fun and tasty (albeit chalky) clip.