Los Angeles has enjoyed the same amazing climate for 50,000 years

According to the beetles, anyway. 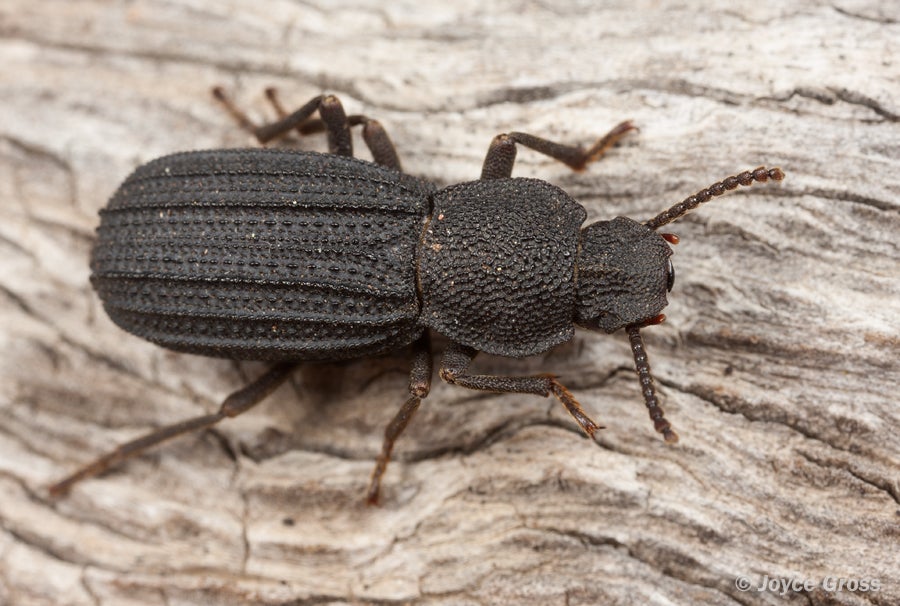 Los Angeles is the land of sunshine, warm summers, and mild winters, with only a few dark and cloudy days to darken the relentless California cheerfulness. But what if you travelled back in time 50,000 years? What would California’s climate look like then?

Probably about the same.

At least, that’s what the asphalt-encrusted beetles have to say about it. A study published this week in Quaternary Science Reviews examined fragments of ancient beetles from the famous La Brea Tar Pits. The researchers carbon-dated the beetles and matched them up with the environments where the species are currently found, creating a timeline of what the climate was like thousands of years in the past.

They found that with the exception of the last glacial maximum—aka, the last big push of the ice age between 28,000 and 16,000 years ago—the climate in Los Angeles was much the same as it is today. Slightly cooler, but not significantly colder or less sunny.

Insects can provide us a close look at temperature because they have short lifespans, and their tiny bodies are often subject to the whims of nature. With the exception of some generalists, like the cockroach, many insects thrive in fairly particular environmental niches. So even if researchers can’t send a weather station back in time, they can look at insect fossils and get a good idea of what was happening in any given area.

Anna Holden, lead author of the paper, describes the La Brea Tar Pits as “The richest terrestrial ice age locality is the world.” But unlike many other researchers, Holden isn’t interested in the bones of saber toothed cats and mammoths that are excavated from the natural asphalt formations. Holden, a research associate at both the Natural History Museum of Los Angeles County and the La Brea Tar pits, is getting her PhD in Entomology from the American Museum of Natural History’s graduate school. In other words, she likes studying the fragments of insects trapped inside a saber tooth cat’s skull, not the saber toothed cat itself.

Since she started working at the site, she wondered: “What it was like before this was Beverly Hills and the Miracle Mile?” She thought the answer might lie in the bits of insects that were discovered, but rarely studied.

When Holden started the research, she was the first entomologist to work with the collection in 40 years. The insects looked at in this study were ground beetles and darking beetles, both of which are found in Los Angeles today, and which have easily identifiable features, which makes them easy to catalogue when only small parts of the insects remain. The insects are uniquely suited for Los Angeles’ dry, subtropical climate, and are highly mobile. If the habitat they’re in doesn’t suit them, they’ll move.

That doesn’t mean that the insects kept a perfect record of every single day over the past 50,000 years. The tar pits are active (sticky) only when temperatures are high, so they catch critters from mammoths to beetles more frequently on hot days.

But the 182 fossils that Holden and colleagues collected and carbon dated seemed to tell the same story: with the exception of the last advance of the glaciers, Los Angeles had a relatively stable climate for 50,000 years. To figure that out, Holden and colleagues collected modern data on where these beetles are found and what kinds of environments they’re found in and compared them to the carbon-dated fossils.

The carbon-dating is important because unlike other fossil settings, the fossils of La Brea don’t end up in neatly stratified layers, with the oldest on the bottom, and younger fossils on top. Here, they’re all mixed together. “You have insects that have been dead for thousands of years with specimens that practically have a heartbeat,” Holden laughs.

Dating each specimen by carefully cleaning and then incinerating it, then measuring the carbon isotopes left over, helped determine exactly when each insect lived.

It also provides a record that other researchers with different sets of data can compare to, piecing together a clearer picture of what the environment was like thousands of years before humans established a presence in the area. Other data sets using pollen and plant life have indicated a cooler, wetter climate in the region than the relatively warm, dry climate indicated by the beetles. More research into the past ecology of the area may help match everything up.

In the meantime, Holden thinks that one potential reason for the change might simply be due to Los Angeles’ geography, which remains unique to the region. Holden would see this for herself during her commute driving into La Brea. “I was literally driving into another weather system on the highway,” Holden says. She thinks it’s possible that the unique structure of the LA basin might have made this spot a climate refugia, or holdover during the ice ages, even as the region’s climate fluctuated around it.

But just because the climate hasn’t changed that much in Los Angeles in the past, that doesn’t mean that it won’t change in the future, or isn’t actively changing now.

“It is getting hotter. There is evidence of climate change today,” Holden says. She’s hopeful that her research will be of some help to people seeking to understand how climate in Los Angeles changes over time. “This will allow us to understand how anthropogenic influences like development or climate change may affect this area now or in the future,” she says. “How do we set a conservation strategy if we don’t know what it was like?”