You can also watch a robot do gymnastics. 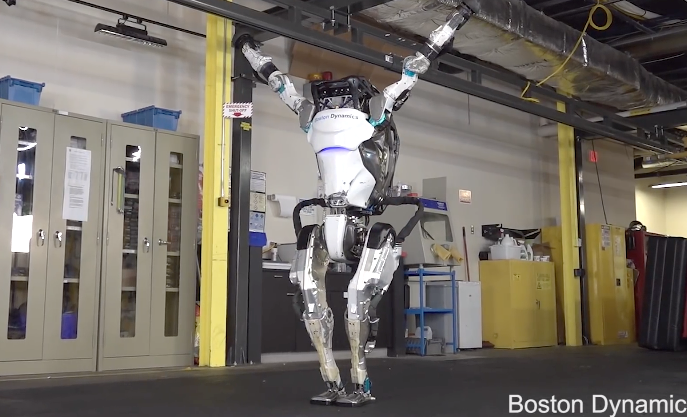 Trips to Ikea typically take the crown as the best way to test the strength of a relationship. We know, however, that a day shopping for Swedish furniture has nothing on the crucible of friendship that is Mario Kart. The adorable racing game brings out the brutal competitor in everyone. This week, Nintendo dropped Mario Kart Tour onto iOS, which means mobile users can now red shell all of their relationships into smoking heaps of rubble from the convenience of their smartphones. The game hasn’t received the glowing reception you might expect off the bat thanks to some initial server issues that prevented some players (including me) from racing, and the fact that unlocking the full breadth of game features will require a $5 monthly subscription fee.

So, once you’ve ruined every relationship in your life with cutesy racing antics, read on to catch up on the week’s biggest technology stories. And if you see us out there racing in Kart, you better keep those blue and red shells to yourself.

We cover some serious topics on our weekly tech-based game show, but not everything has to be so serious. In this week’s final game, producer Jason composed text messages that would have totally ruined TV shows and movies if the characters had cellphones. What if Juliette could have texted Romeo about her ill-fated plan? It’s an extremely fun game. We also navigate the always-tricky Techathlon Decathlon trivia game, and debate about which new features the iPhone 12 should have when it drops next year.

You can listen in the player above, subscribe on Apple Podcasts, add us on Stitcher, follow along on anchor, and even find us on Spotify.

In what is now an annual tradition, Amazon backed up its product development dump truck into its Seattle HQ and unloaded a whole arsenal of new devices into the world. You can check out a full rundown of the new products here. The highlights include an Alexa-powered ring you wear on your finger, glasses with a built-in smart assistant (Alexa again), a smart oven, and an Echo Fork, which tracks how much you eat and how loudly you chew. OK, that last one is fake, but it’s getting worryingly hard to tell when something is a joke, right?

There’s nothing quite like the affirmation that comes from social media likes. Your phone lights up with a notification and that little number underneath your posts creates a nice little gauge of your overall value as a person. In Australia, however, Facebook is testing ways to hide that addictive number on public posts. It will still indicate that some people have liked it, but you won’t know how many. The test’s success will help determine if the feature eventually shows up in other countries.

If you use DoorDash, it’s probably time to change your password. According to the company, a data breach back in May jeopardized the personal information of customers, merchants, and delivery people. It’s unclear if the bad folks have done anything with the data, but it’s worth refreshing that password and checking your account either way. (And using a password manager to help you employ different complex passwords for all the different services you use is a good idea, too.)

Honestly, the video is always the pay-off for these posts about the Boston Dynamics robots. Sure, I could tell you about the guidance systems or the precision engineering involved with making a robot do complex gymnastic moves, but it wouldn’t matter. Look at it spin around! Just keep it away from the swords.

Samsung’s Galaxy Fold is back on sale, still fragile

Remember when Samsung’s $2,000 folding phone had a serious durability issue and the company had to delay its release for months while it made some tweaks? Well, the Galaxy Fold is officially on-sale again, and it now comes with many warnings in the box telling users to be careful. The company knows screens will still break in some cases, so it’s offering one-time fixes for $150 when something bad happens.

There’s something fascinating about looking inside of a new gadget, and nobody does it better than iFixit. The company posted its teardown of Apple’s latest devices and found some curious hardware, like a second battery connector that’s still something of a mystery. Clicking is a lot cheaper than tearing apart your own device.

The Overwatch League Grand Finals are happening this weekend

If you’re bored of football already and looking for something to watch this Sunday, the Overwatch Grand Finals are going down in Philly’s $50 million e-sports arena. The San Francisco Shock will take on the Vancouver Titans in one of the biggest e-sports events in the world this year. The game is making its debut on the Nintendo Switch in October, so it’s a good time to jump in.