They'll be crude, rudimentary, and remote control, just like the rest 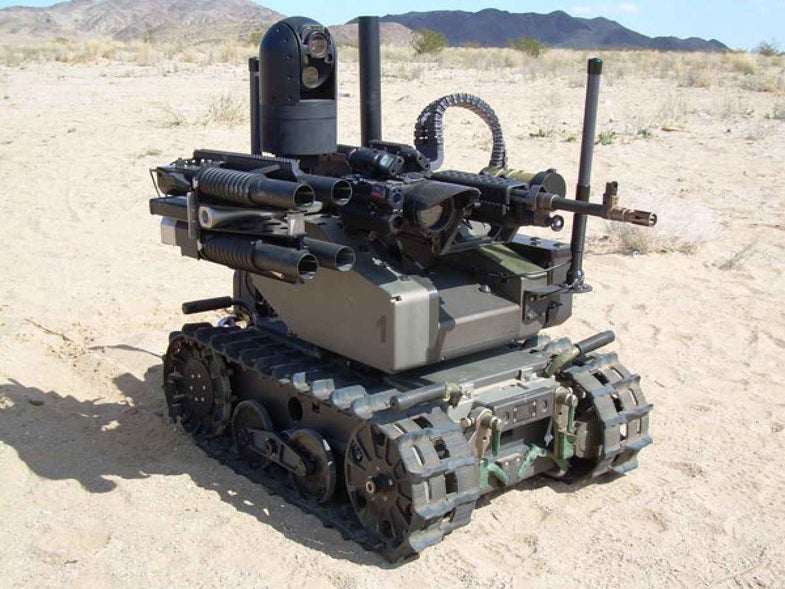 In the near future, when the Islamic Republic of Iran goes to war, it will do so accompanied by robotic soldiers, an Iranian general said earlier today. Reported in Iran’s state-owned Fars News Service, it’s a scary-sounding pronouncement about a fairly mundane technological advance.

If delivered as promised, the robots will carry machine guns and rockets and be remote controlled. The U.S. Army has experimented with armed robots like that for years, and last year, an American general said he expected robots to replace one-quarter of combat soldiers by the middle of the century.

And it’s not just technologically advanced militaries are doing this. In Syria in 2013, rebels against Assad’s government used a remote-control machine gun robot to look and shoot around corners without putting a human in harm’s way. Right now, a group is crowdfunding a remote-control tank and turret for Ukraine. ‘Robot soldiers’ is an ominous way of putting it, but remote-controlled guns on wheels are an increasingly common part of war.

Iran also has a history of exaggerated military technology boasts, so we’d postpone any doomsaying until the robots move from remote-control to autonomous warriors.