This Mona Lisa Replica Is Thinner Than A Human Hair

It's a 30-micron masterpiece. 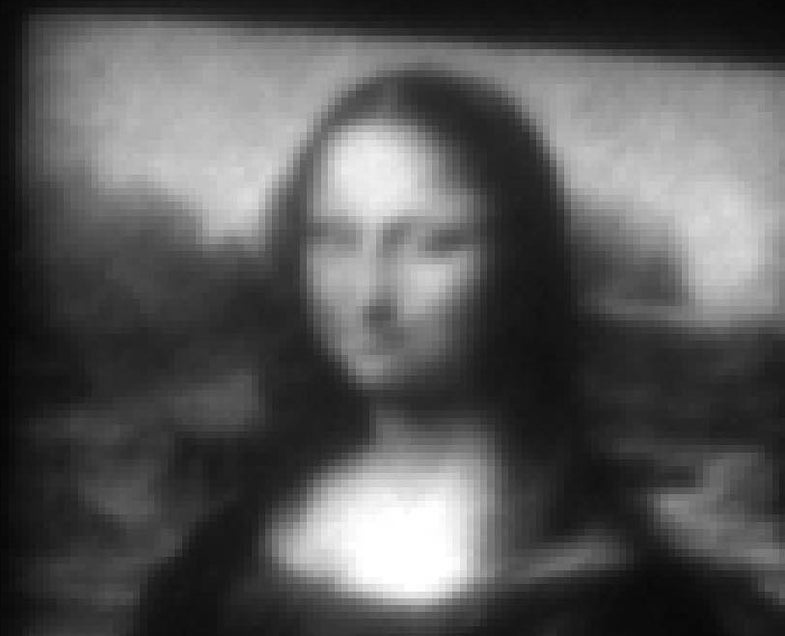 A team of researchers from Georgia Tech has created the “Mini Lisa,” a 30-micron thick version of the Mona Lisa. That makes it about one-third the width of a human hair.

The tiny masterpiece was made through a process called ThermoChemical NanoLithography: with a heated cantilever, a tiny device that can accurately apply heat to a surface, the researchers induced heat-based chemical reactions on a surface. The more heat they applied, the lighter a shade of gray the picture became in that area. So with each area acting like the pixel in an image, the researchers applied different amounts of heat at different spots, until they created a gray-scale version of da Vinci’s famed painting.

The project sounds more like a proof of concept than anything else: the researchers have shown that complex chemical reactions can be applied on a microscopic scale, which could have implications for the production of nano-tech devices. Awesome, although it’s tough to top sending the Mona Lisa to the moon using lasers. 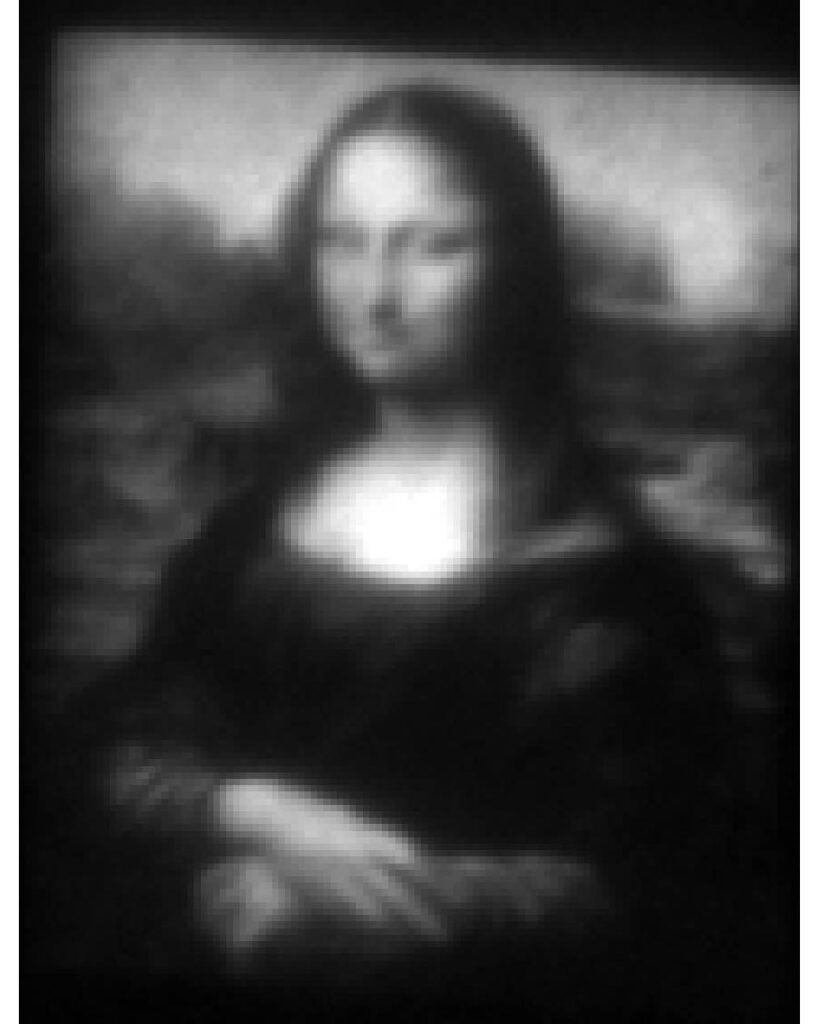