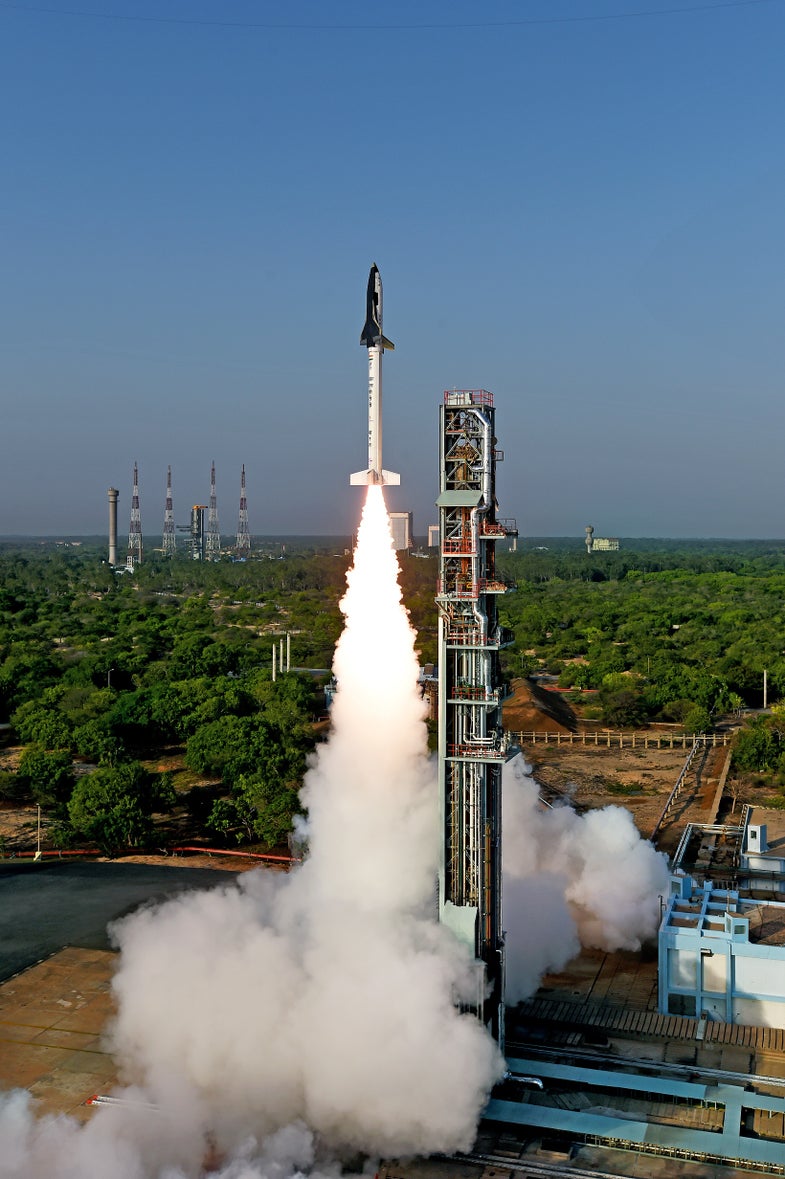 The space shuttle was NASA’s first reusable spacecraft. Meant to launch vertically on a rocket and then land like a plane, the shuttle could be reused over and over again to dramatically cut costs. Or so we thought.

In actuality the shuttle turned out to be massively expensive for America, but perhaps India will have better luck. The Indian space agency is revisiting the reusable spacecraft concept, and today it launched a test model of its own space shuttle.

This morning the uncrewed, 23-foot-long RLV-TD (Reusable Launch Vehicle-Technology Demonstrator) traveled 40 miles into the sky–not quite officially entering space–before returning to Earth at five times the speed of sound. It splashed down, as planned, in the Bay of Bengal.

From the Indian Space Research Organization:

According to Mint, a daily newspaper in India, the next test will focus on landing the vehicle.

The agency hopes to launch a full-scale reusable shuttle within a decade, to achieve what it hopes will be a 10-fold reduction in launch costs. 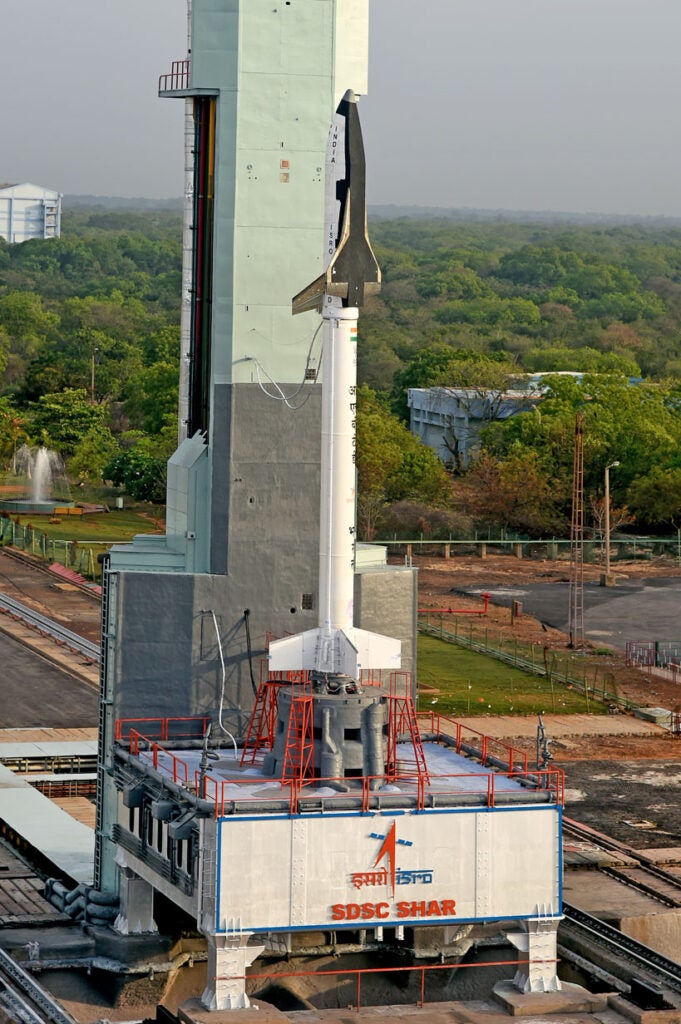 On the launch pad

Riding on an HS9 solid rocket booster, the craft flew 40 miles into the sky.
Space