I Tried Everything Silicon Valley Told Me Was Healthy

Spoiler: A lot of it didn't make me feel great 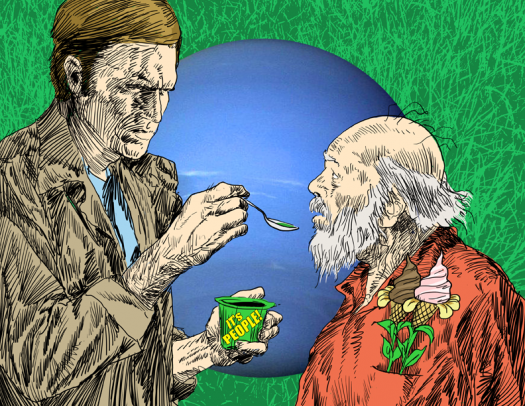 Direct from Baarbarian himself: "Couldn't resist the 'Soylent' Green reference." And neither could any of you, judging by the overwhelming cry of "IT'S PEOPLE!!!" on Twitter in response to our gelatin-made-of-humans story. Baarbarian
SHARE

It seems that every day there’s some new product promising the the secret to a productive day is locked inside a pill, or brushing your teeth with a camera will somehow decrease the number of cavities you have.

Some of these ideas have merit—the tools that we actually do use every day didn’t always exist, but the ideas were introduced, persisted, and eventually became ingrained into our everyday lives.

But in the age where anyone with a dream and an internet connection can garner massive amounts of funding, regardless of background or the merit of their idea, it’s our job as the cogs of a capitalist society to separate the wheat from the chaff. And there’s a lot of chaff.

The basis for this story was pretty simple: if someone told me their product would make me vaguely healthier, more productive, or improve my body, I would try it.

The first on the list is probably the most famous. Soylent rose to prominence in 2013, when creator Rob Rhinehart claimed humans could indefinitely survive only imbibing the drink. He seems to be right, as its nutritional facts seem to be in order, and I didn’t die.

But let me reiterate what so many people have said before: the life you have while drinking Soylent is vastly different than the life you now enjoy.

It’s hard to overstate the psychological effect that eating has on your life—those who have tried trendy juice cleanses can attest. But

The nootropics sold by Nootrobox are actually the only product I have prior experience with on this list, and the one that seemed to have provided the most benefit. Nootropics are chemicals that are said to increase brain function. They’re the “smart pill.” The best-known nootropic actually is the most common drug on the planet—caffeine. Other compounds are L-Theanine (said to counteract the physical jitters of caffeine), piracetam (improved memory and focus), and aniracetam (improved mood and decreased anxiety). Those in the know mix their own “stacks,” or personalized doses based on self-experimentation.

For a nootropics company, Nootrobox sells a fairly tame set of stacks. Most have common compounds like caffeine, L-Theanine, and vitamins B6 and B12. But they’ve been so successful because they take all the guesswork out of hacking your brain. Rise is your daily dose to start the day, Sprint is a jolt of energy when you need it, and Yawn helps you sleep.

These are tough to gauge subjectively, because there’s risk of the placebo effect. But from little notes written on napkins throughout the day, and a few days use of each—they seem to work. The Sprint really does seem to help break down writers block, especially during the times of the day I know I’m not productive (right after lunch).

I took the Yawns before bed for a few days and woke up feeling fantastic—only to realize on the fourth day that I had been accidentally taking Sprints. Take my nootropic experience with a grain of salt, but at the very least I’m not counting them out.

If Nootrobox is the Silicon Valley internet startup, TruBrain is the enterprise software company. It’s not sexy and it doesn’t pitch itself as fun. It’s the spartan method of augmenting your brain—through a 20-day process of unpleasantry.