Our brains have some pretty inaccurate maps of our body. 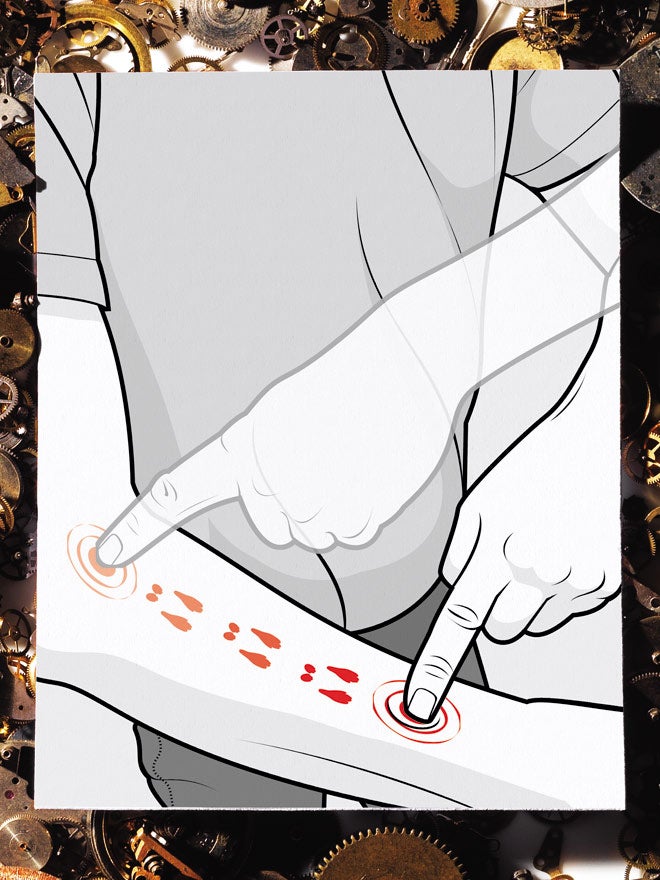 Everyone hates awkward pauses, and your brain is no exception. The mind’s eye will attempt to fill in dead spaces—though it’s not always very accurate. Try this: Have a friend give a few taps to your forearm, first near the wrist and then the elbow. Your noggin will confidently assert that something scurried up your arm. The prank even works when the middle of the forearm is numb.

Neuroscientists call this trickery the cutaneous rabbit illusion. At its carrot-y roots, the rascal arises from the inaccurate map your brain has of your arm. On your forearm, sensory neurons can separate stimuli that are 1 centimeter apart. (By comparison, your fingertip has sensitivity resolution of 1 millimeter.) The arm’s imprecise measures aren’t a problem if you’re looking at it, but if you turn away, your brain must rely on assumptions: The object on your wrist didn’t transport to your elbow; it must have run there.

We see proof of this confusion in our somatosensory ­cortex, the brain area where the body’s mental map resides. Whether the taps actually touch the forearm center or you just think they do, the same cortex area lights up in fMRI scans. But don’t always assume what’s on your arm is illusory; there’s a lot of creepy, crawly (bite-y) things in this world.