How Would A Trump Presidency Impact Science? 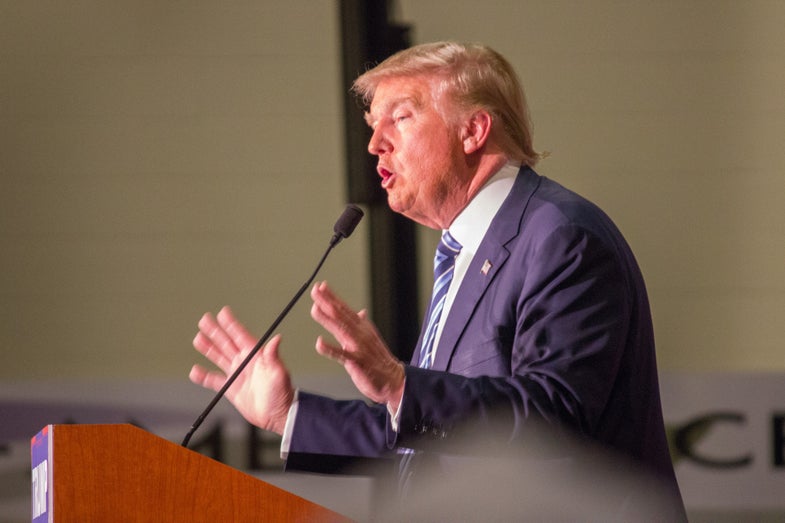 Billionaire tycoon and reality TV entertainer Donald Trump’s status as the 2016 Republican presidential nominee frontrunner has only been solidified in recent weeks, thanks to many decisive primary election victories. And as the general election in November draws nearer, many have begun seriously considering the prospect of President Trump. Over at Scientific American, Natalie Jacewicz reviews some of Trump’s stated positions on sci-tech issues (and some of his own contradictions).

Meanwhile, over at Nature, science journalist Colin Macilwain says in an editorial that scientists need to speak out more against political figures like Trump (a charge which has been gently ridiculed).