The Correlation Between Where Startups Are And How Well They Do

Silicon Valley is the place to be, tech living is the life for me 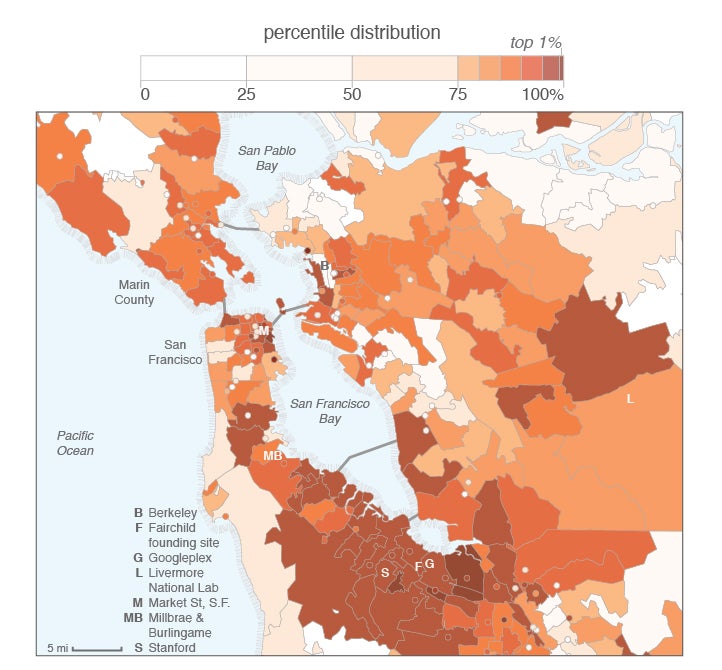 There are a lot of factors to consider when founding your startup–but one that may not get considered much is location. According to a recent research report published in Science, certain locations tend to have a larger representation of successful startups.

MIT Ph.D. candidate Jorge Guzman and MIT professor Scott Stern have looked at the success rate of startup firms in various cities in California. Of course, “success” is hard to measure, but in this case, Guzman and Stern selected businesses that, within six years of their founding, either had an initial public offering (IPO) or were acquired by another company. What they found was that certain areas are definite hotspots in terms of the number of successful startups.

Unsurprisingly, Silicon Valley tends to have a disproportionate number of success stories, beating out the lowest-ranked California cities by a factor of 90, and even the average cities by a factor of 20. When compared to other cities, San Francisco was among the most successful, while Los Angeles tended to underperform.

However, even within those areas, the data also showed that successes tend to congregate close to prominent scientific research institutions, like Stanford, UC Berkeley, Livermore Labs, and Caltech.

Location isn’t the only factor that Stern and Guzman explored. They found a number of other distinct trends: for example, firms with short names are 50 percent more likely to grow than those with long names. And firms that established patents or were incorporated in the state of Delaware were more than 25 times more likely to grow than those that didn’t–together, those two factors increased the probability of growth by almost 200 times.

Of course, none of this should be construed as a blueprint for success for your next startup. Companies that don’t achieve successful growth are still much more common than those that do.