Live (from our desks) coverage of Google's big developer's conference 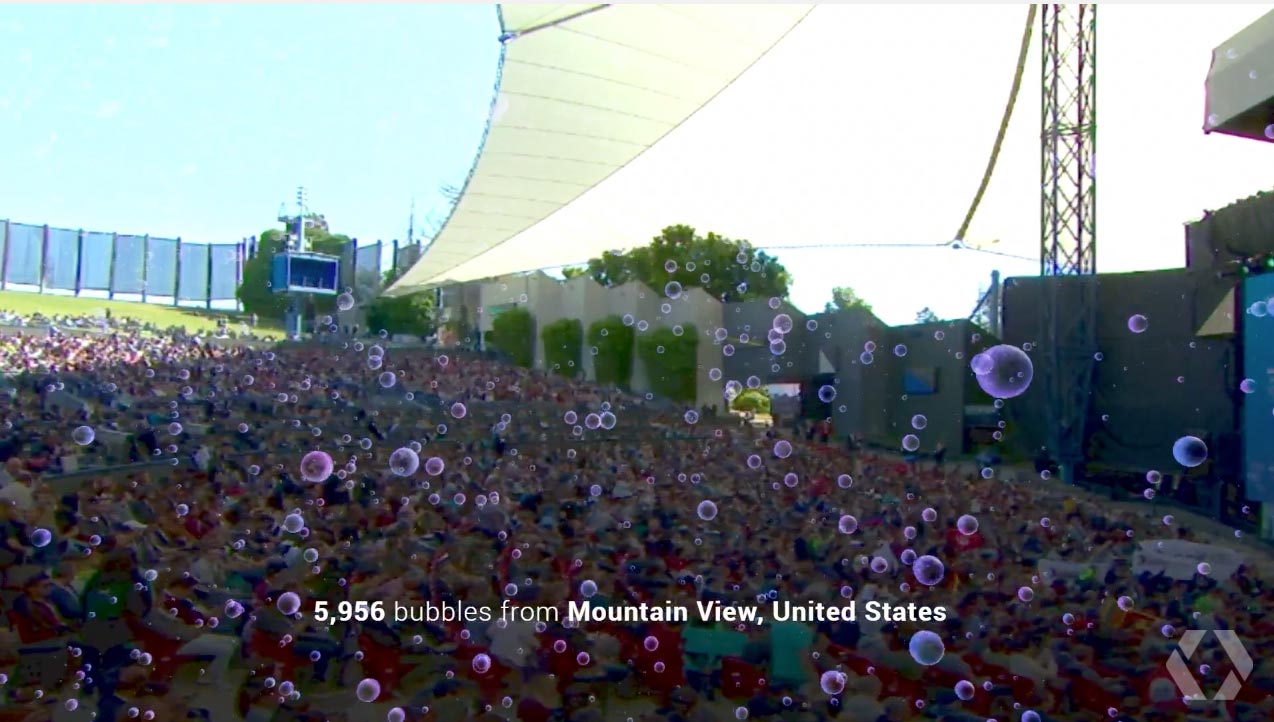 Google I/O is the company’s annual developers’ conference. It’s meant for people who work to create things inside the Google infrastructure, but the keynote typically includes a few juicy bits that appeal to the general public. Last year we met Google Home for the first time, and there’s no telling what we’ll see here in 2017. So, follow along and we’ll break down the important developments (get it? developers?).

When Google talks about active user counts, they don’t often mess with pesky millions—they deal in billions. The company has seven different platforms with over a billion active monthly users. There are also a handful of other stats that stood out.

Google Lens is augmented reality vision through a smartphone

Google claims that its image recognition tech has gotten very good, so good in fact that it’s “better than humans.” Google Lens can look out into the world, understand what you’re looking at, and take action. Google Lens can recognize objects and do visual search to accomplish things like identify flowers and even log into a Wi-Fi network after taking a photo of the login information. (Yay!) You can look around the street, and it will give you ratings and search results regarding businesses in the area.

Google Assistant is now on the iPhone, and pretty much every other device in the Internet of Things

Rumors had been flying about Google Assistant coming to iPhone and now the announcement is official. In addition to that, Google is announcing a whole array of new smart home partners, including GE, Whirlpool, and LG. The goal really does seem to have every piece of electronics listening for your commands. Google Assistant is already on 100 million devices and it seems like the plan is to grow that number by quite a lot by the time I/O comes around next year.

The Google Home speaker can now throw information directly to your phone on both Android and iOS. So, if you ask for directions, it can send them to your mobile device. It also works on a TV via the Chromecast. When you make a request, it will show visual responses on screen. It’s a personalized experience based on linked accounts for whomever asks.

Google has been doing a good job organizing photos via AI since Google Photos debuted, but now it wants to help share them too. It will recognize if you haven’t shared a photo and then suggest you do so with people who appear in them. The new Shared Library feature also lets you automatically share images with people, like a spouse, significant other, or best friend. So, if you want to share all your photos of your kids with your partner, you can do so automatically. That should cut down on those passive aggressive “reminders.”

360-degree video is coming to the TV experience on YouTube

YouTube’s TV watching usership is up 90 percent from last year, which means more people are watching the content from the couch. While VR is still clearly the preferred way to experience 360 content, it’s at least available on the big screen now. This includes live 360 videos that are broadcast from events. You can go to Coachella and look around at all the Coachella people.

Android O is coming this summer

We’ve known about Android O for a while, but the keynote focused on a few of the upcoming features:

It optimizes the latest version of Android to work on entry-level devices, and it has a suite of simplified common Google apps, like Docs. It will be available on Android O device with less than 1 GB of memory.

Data management is front and center so users can keep track of data they’re using with pre-paid or limited plans. Data Saver is turned on by default to make using the web more efficient. YouTube Go will be implemented after being announced a few weeks ago. It lets users preview videos and know how much data they will require before they’re played.

Improved language support using G Board, which allows users to type phonetically and have the translate feature automatically make the shift.

Virtual and augmented reality are making their way into actual reality

Daydream was announced last year at I/O to create simple VR experiences via smartphone. Now, it’s getting stand-alone headsets that don’t require a phone. There are sensors on the device that look out into the surroundings like the tech Microsoft has been talking about at its last couple events. This is different from many competitors because they often require external cameras to track your location.

HTC and Lenovo will be working on dedicated VR headsets and are slated to hit the market later this year.

Visual Positioning Service helps augmented reality work on a phone by looking for location indicators. The example showed a user walking around Lowe’s as the technology guided them to a specific aisle. The interface really looks like what you’d expect from a heads-up display.

The popular Google Expeditions tech is also getting an update to make it more augmented-reality friendly. It allows students to take virtual field trips to volcanoes (which is not a safe field trip in the real world).

Google I/O will continue on this week, so we’ll bring you relevant info as it becomes available!