The world’s population will probably pass 8 billion before Thanksgiving 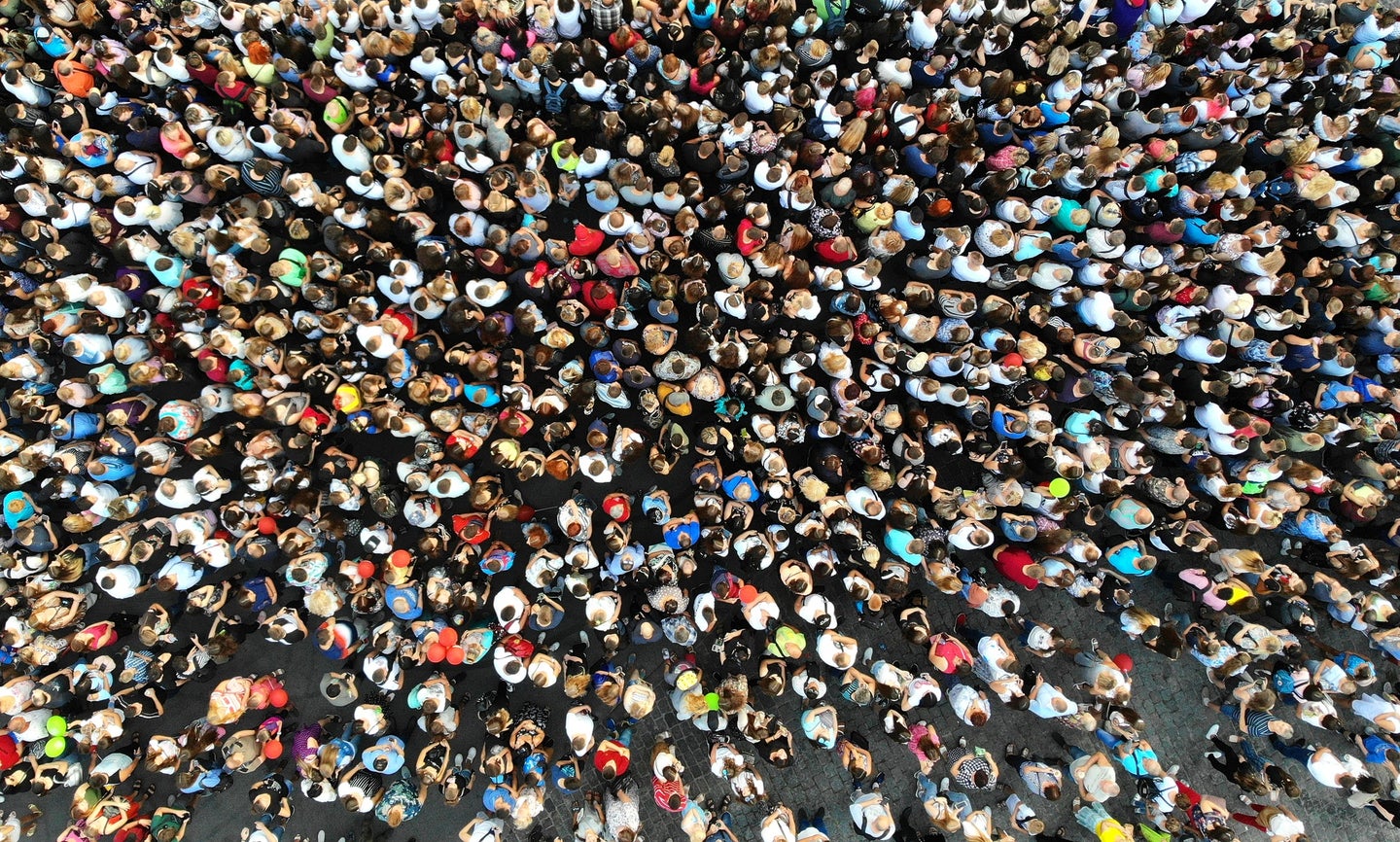 The United Nations just released world population estimates for the end of 2022 and beyond. Deposit Photos
SHARE

“The projected global population of 10.4 billion at the end of the century is more than a half a billion lower than what we projected three years ago,” John Wilmoth, the director of the Population Division at the Department of Economic and Social Affairs for the UN, commented in a press conference. The year 2020 marked the first time since 1950 that population growth slowed down by one percent.

[Related: Why birth rates are falling, and why it’s no big deal]

The countries with the two biggest populations, China and India, each now have 1.4 billion people. However, unlike India, China is facing an aging population problem, with 28 percent of its entire population being people over 60. India is expected to surpass China as the most populous country by 2023. Meanwhile, North America, along with countries in Europe and Latin America, are expecting to hit their peak populations and then see declines before 2100.

“Population growth is a tangible sign of our collective success in improving the living conditions of everyday people throughout the world,” Maria-Francesca Spatolisano, the Assistant Secretary-General for Policy Coordination and Inter-Agency Affairs for the United Nations, said in the July 11 press briefing. Additionally, the news “brings important responsibilities and highlights related challenges for social and economic development and environmental sustainability.”

[Related: Almost half of the world’s children live in dangerous climate conditions]

Despite a slower growth rate, population numbers are still rising globally because of decreased mortality rates and increased levels of life expectancy at birth in multiple countries. The report stated the world average age of death was 72.8 years in 2019—an increase of nine years since 1990. The COVID-19 pandemic did, however, lower global life expectancy from 72.8 to 71 years. The estimated death toll from COVID-19 is currently at 6.35 million.

With increasing survival and declining fertility also comes an aging workforce. Based on the population trends, the UN advised countries in its report to prioritize access to healthcare and quality education for all ages to help people qualify for livable employment.