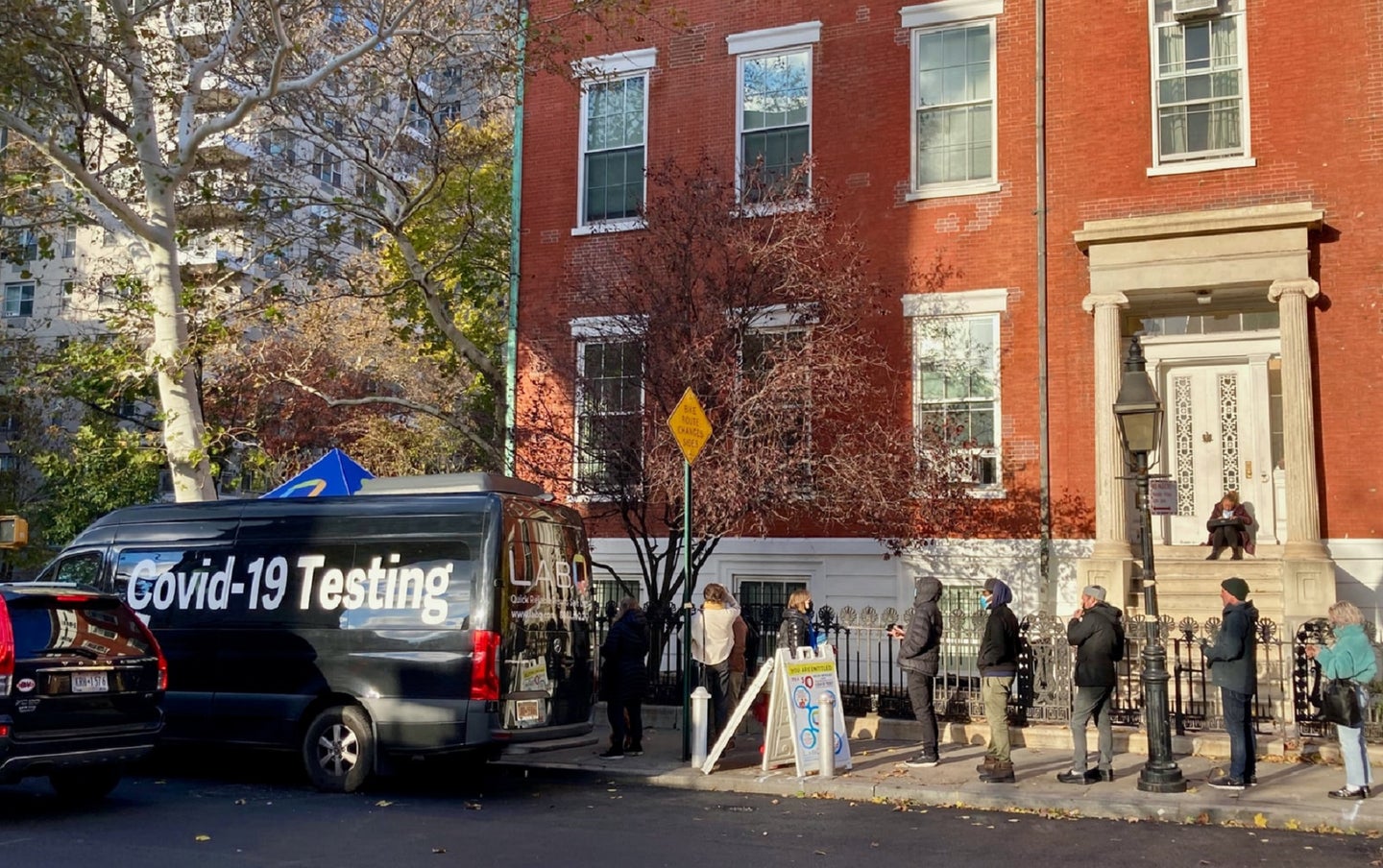 COVID tests already purchased through the federal government relief-fund program will continue to be distributed for free, regardless of a person's insurance status. But those supplies will run out soon. Tomas Martinez/Unsplash
SHARE

Starting last week, uninsured people in the US seeking COVID-19 tests, treatments, and vaccines are no longer able to get bills reimbursed through government aid. A stalemate in Congress is preventing continued emergency funding for virus-fighting resources—and it’s already causing some medical programs to rollback coverage for COVID-related costs for uninsured patients. The Health Resources and Services Administration stopped accepting claims for COVID testing and treatment on March 22, and will discontinue covering vaccine reimbursements on April 5.

Throughout the pandemic, the American government had been purchasing preventative and medical care resources so that they were free to any individual. “​​The federal pre-purchasing has really ensured the availability of vaccines [and other COVID resources] for everybody who needs it, regardless of the ability to pay,” says Ali Khan, an epidemiologist and professor at University of Nebraska Medical Center’s College of Public Health. “If we disrupt that, then we should expect that vaccines may be less available or available in a more variable pattern to people across the US.”

In his State of the Union address on March 2, President Biden announced a COVID preparedness plan that initially called for $22.5 billion in additional aid from Congress. But the fate of the plan remains uncertain. On March 15, White House officials warned about the impacts of lack of continued funding, stating that “failure to fund these efforts now will have severe consequences, as we will not be equipped to deal with a future surge.” Analyses have already found that the US government will not have enough resources to provide free boosters if another shot is recommended for all Americans. Even so, on March 29 the Food and Drug Administration authorized a second Pfizer or Moderna booster for people 50 years and older.

[Related: Will the world run out of COVID vaccines]

Current supplies of vaccines, tests, and treatments already purchased by the government will remain free, but after those resources run out—if Congress doesn’t approve supplemental funding—medical providers will have to decide whether to cover the costs without support from reimbursement programs. That means most uninsured individuals will have to end up paying out of pocket.

“There are still vaccines available, and people just got new at-home tests [from the government website]. But I think it’s really about once these monies run out, what’s going to happen next?” Khan says.

COVID costs for the uninsured

The people that will probably be hit the hardest by the rollback of new relief funds are uninsured patients, who have largely depended on receiving tests, vaccines, and treatment covered by the federal government throughout the pandemic. As of 2020, an estimated 11.5 percent of the US population was uninsured.

“This is the uncomfortable truth about American health care compared to other high-income countries—that there’s still 31.2 million people who are uninsured,” says Khan. “They’re the ones at the greatest risk of losing coverage.”

This, he adds, will feed the ongoing increase in health disparities in low-income populations and communities of color. Black Americans and other non-white people, as well as low-income households, have significantly lower rates of health insurance.

Take testing, for instance. The average cost of a diagnostic PCR COVID test is around $127—but it varies depending on the health care facility, with a range of anywhere between $30 to $850, according to a 2021 report by the Kaiser Family Foundation. Uninsured individuals who are unable to cover the cost out of pocket might forgo getting tested even if they think they have symptoms or were recently exposed. In fact, in a a recent survey on 2,000 Americans by the business research site ValuePenguin, 20 percent of people without health insurance said they’d chosen not to get a COVID test because of costs.

Not getting tested can increase the chance of spreading disease, says Khan. Providing COVID relief funding, he notes, “is the right thing to do for these uninsured individuals—it’s because you are broadly protecting society.”

However, uninsured patients won’t be the only ones affected by the funding freeze: The lapse also has implications on supply chains across the US, Khan says. The federal government’s investments over the past two years has allowed manufacturers to scale up production of supplies to combat COVID, such as diagnostic tests, vaccines, and antivirals and monoclonal antibody treatments. But with the funds no longer guaranteed, those suppliers will have to get money from private investors, which can raise prices for the public and create instability.

“If this all devolves to the private marketplace, then individual companies and large distributors will now have to make arrangements with vaccine manufacturers to get into the queue to buy vaccines for people,” Khan says. “That could delay the availability of vaccines, and it may also potentially drive up costs.”

This also applies to the availability of monoclonal antibody treatments and antiviral medication. The White House’s statement on March 15 noted that there’s no more federal funding for additional monoclonals or other future antivirals. The current level of testing capacity in the US also won’t hold beyond June, according to the administration.

The market disruption could have “national-level effects” that impact people and systems beyond the 31.2 million who are uninsured, Khan says.

How to prepare for the COVID funding freeze

Free tests, vaccines, and boosters are available, but they could run out soon. Khan advises uninsured individuals ages 12 and older to immediately get fully vaccinated and boosted while supplies last.

Some uninsured kids and adults may also be able to receive the COVID vaccine through two existing federal programs run by the Centers for Disease Control and Prevention: ​​the Vaccines for Children Program and the Section 317 Vaccine program. According to a report by the Kaiser Family Foundation, however, it’s likely the Section 317 program’s vaccine supplies will be limited if Congress doesn’t renew additional funds. Medicaid and Medicare will continue to provide diagnostic testing and vaccines at no cost, but only the first will cover COVID treatments like monoclonal antibodies and antiviral pills. People can also still order their four free at-home tests from the government and grab free masks offered at a number of pharmacies and retailers.

“Have all of that ready,” Khan says. “Hopefully that’ll bridge people to when some of this is sorted out and there’s a more permanent solution.”