Roughly 1 percent of the general population is currently being treated with corticosteroids for diseases like COPD or asthma. 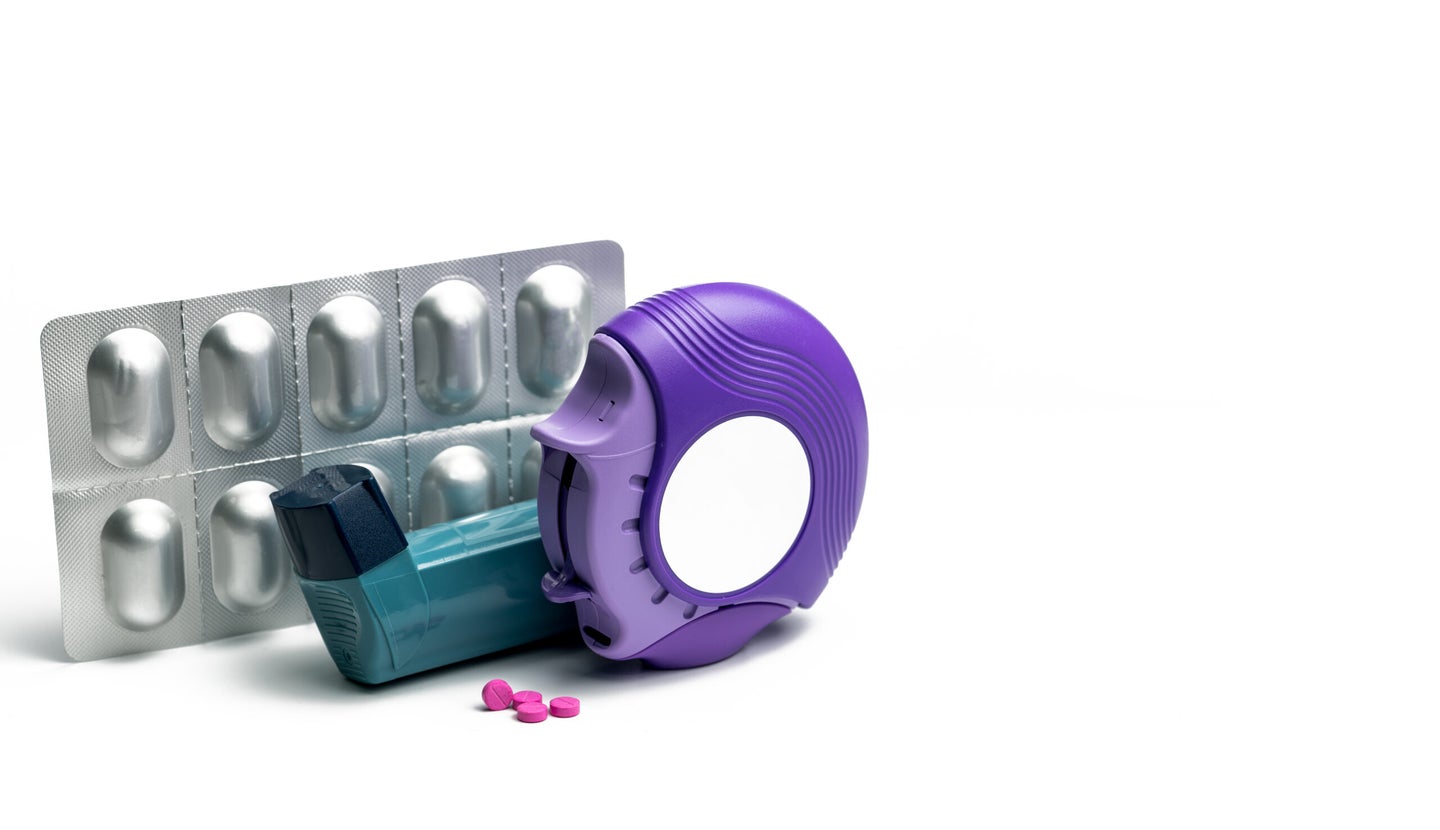 Medications for asthma and COPD are commonly taken as a pill or inhaled with an inhaler. Credit: Fahroni/Shutterstock
SHARE

A study published this week in the journal BMJ Open finds a possible link between inhaled and systemic glucocorticoids, commonly taken for ailments like chronic obstructive pulmonary disease (COPD) or asthma, and structural and volume changes in brain gray and white matter. The medications, also sometimes known as corticosteroids, come in both an inhaled and systemic (pill or injection) form and are widely prescribed (their taken by roughly 1 percent of the general population). The Asthma and Allergy Foundation of America estimates that 25 million people (1 in 13 individuals) have asthma in the United States.

The study looked at data from the UK BioBank, a biomedical research center that followed half a million residents of the United Kingdom from 2006 to 2010. The researchers found 222 oral glucocorticoid users and 557 users of inhaled glucocorticoids (779 total) who did not have a previous diagnosis of any neurological, hormonal, or mental health disorder.

The team then performed cognitive and mental health testing on these 779 individuals and took diffusion MRIs of their brains. The team compared the MRI and cognitive findings with over 24,000 people in the database who did not use these steroids. They found reduced white matter integrity in the corticosteroid users, according to the study.

“This study shows that both systemic and inhaled glucocorticoids are associated with an apparently widespread reduction in white matter integrity,” wrote study author Merel van der Meulen, a postdoctoral student at Leiden University Medical Center in the Netherlands. “The greatest amount of white matter damage was found in people who use oral steroids regularly over long periods of time, with inhalers having the smallest impact on brain matter.”

In the brain, white matter is a tissue that forms connections between brain cells and the rest of the nervous system. Less white matter in the brain can slow down its ability to process information, as well as attention span and memory. Some studies have connected lower levels of white matter with depression and irritability.

“This study shows that both systemic and inhaled glucocorticoids are associated with an apparently widespread reduction in white matter integrity, which may in part underlie the neuropsychiatric side effects observed in patients using glucocorticoids,” the team wrote.

Some of the neuropsychiatric effects patients using these steroids for a long term are anxiety, depression, mania, and delirium.

In an interview with CNN, Avindra Nath, the clinical director of the National Institute of Neurological Disorders and Stroke, who was also not involved in the study said that, “there’s no reason for alarm.” Nath said physicians have long known that, if you give patients steroids, “the brain does shrink, but when you take them off the steroids, it comes back.” White matter has the ability to regenerate, thankfully.

[Related: Why Western states have the worst air pollution.]

The team pointed to certain limitations in the study. Only a few indicators of mood change were assessed and only for the preceding two weeks. They also reported that the changes might have been related to the condition for which steroids were prescribed rather than to steroid use itself. They also weren’t able to differentiate between steroid tablets and infusions for systemic users, all of which may have influenced the findings.

“Although a causal relation between glucocorticoid use and changes in the brain is likely based on the present and previous studies, the cross-sectional nature of this study does not allow for formal conclusions on causality,” they wrote.

This is another example of how correlation does not equal causation. Just because two things correlate does not necessarily mean that one causes the other. So if you’re an asthmatic taking one of these medications, make sure to talk to your doctor before considering any changes to your regimen.