They're teaming up to create implantable bioelectronic devices 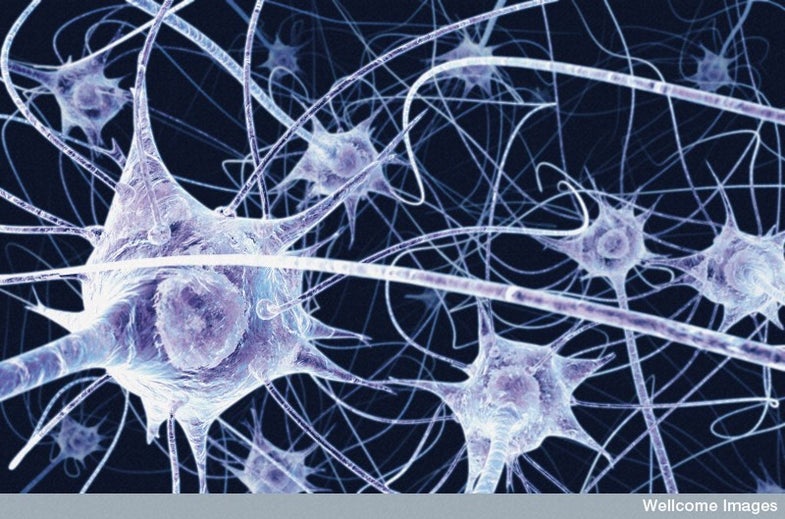 Bioelectronics are small devices that are implanted into the body or placed on the skin. The idea is that each of our neurons is part of a vast network that encompasses every organ in the body. While other therapies use drugs to regulate organs that aren’t functioning properly, this device would work by stimulating particular neurons in exactly the right way to control organ function. For example, stimulating the vagus nerve could control functioning of the pancreas to treat diabetes, or the contraction and expansion of the stomach. Theoretically, altering the nerve pathways will treat these conditions without the laundry list of side effects that typically accompany drugs.

The new partnership, called Galvani Bioelectronics, will aim to research and better understand these nerve pathways in order to create devices and treatments that successfully treat the condition.

It’s still very unclear as to when these devices could hit the market, if ever. Bioelectronics have been in the development since 2012 (and researched since as far back as 100 years ago), but as STAT points out, they have only shown to be successful in a small number of studies with few patients.

The key problem that scientists are up against, according to STAT, is that they haven’t completely mapped out the body’s electrical systems. So without knowing what electrical pathway leads to what area of the body, it’s hard to manipulate those pathways to successfully treat a disease.

Verily, which was founded in December 2015 under Alphabet, Inc (the new parent company of Google), has partnered with big pharmaceutical companies before, such as Novartis, in which the two partnered to create high tech health devices like contact lenses that can measure glucose levels. The subsidiary of Google plans to gather huge amounts of health data to become a big player in the field, but being a major player will rely heavily on whether they can produce effective products.