Now you can feel like Alice, without eating any strange mushrooms All kinds of transportation, from trains to trucks, and hot air balloons to airplanes are visible in the Wunderland Exhibit. Google Street View
SHARE

The best part is, you can immerse yourself in this miniature Wunderland without drinking any sketchy potions.

The model train set currently covers nearly 14,000 square feet with over 8 miles of miniature train tracks running through scenes in Europe and the United States. There’s even a tiny space shuttle at Cape Canaveral. Currently, there is an Italy-themed area under construction, with France, Great Britain, and Africa soon to follow. The 930 trains, along with buildings, a state-of-the-art airport and lights are controlled by 46 computers.

To immerse us in the tiny world, Google developed a set of tiny cameras that they sent onto the tiny roads and train tracks. 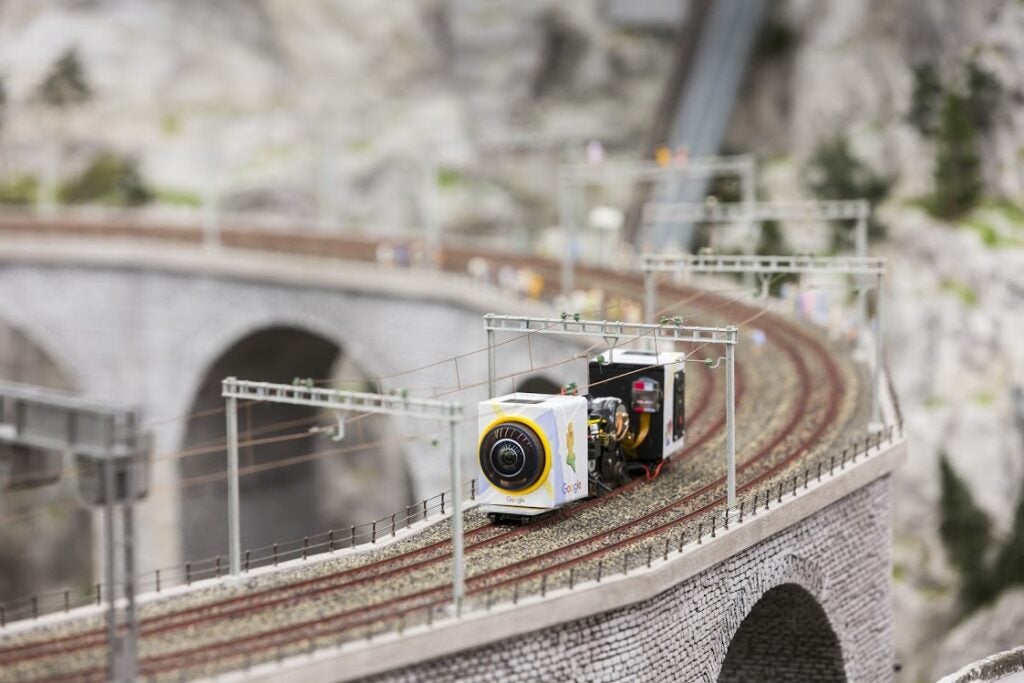 One of the cameras used by Google to capture Wunderland. All kinds of transportation, from trains to trucks, and hot air balloons to airplanes are visible in the Wunderland Exhibit. The ‘snow’ in this winter scene is made from ground glass. Even miniature models need to let their hair down sometime. This rock concert features an elaborate set, and a silently screaming crowd of fans. Fire trucks have been trying to put out this fire for ages. One day, guys, one day. Death and the Grand Canyon

It’s not hard to guess what the sculptors of this scene think of white water rafting. Death and some vultures lead a group through the Grand Canyon. Who doesn’t like seeing how far a tractor can pull heavy stuff? This scene captures the mood of the event, down to the tiny porta-potties.
Google
trains