The iPhone 3G is Official 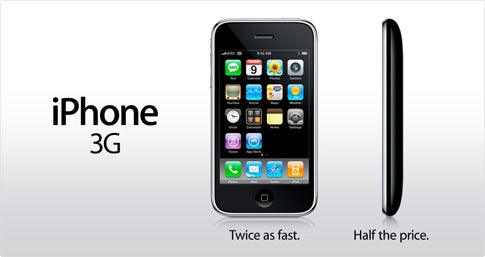 It’s official. The iPhone has gotten a birthday facelift, and the juicy details are all in line with the rumors we’ve been hearing all month—3G, GPS, an integrated app store, and a glossy new plastic back in black or old-school Apple white. Perhaps most surprising is a substantial price drop—down to $199 for the 8GB version and $299 for the 16GB (price drops were hinted at, but no amounts). Here’s what else Apple campers will be dreaming about when they pitch their tents prior to the July 11 launch date.

It’s all coming July 11 in the U.S. Stay tuned here for more analysis and photos from WWDC.