A new bike-sharing program stores the kinetic energy from the bikes to power buses, and gives cyclists a free bus ticket for helping out 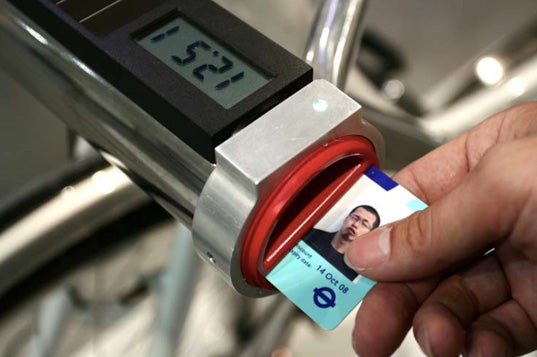 We’ve told you about bike-sharing programs before, but the Hybrid2 design by Chiyu Chen takes the idea one step further, by using the bikes to put power back in the system. The idea is to put “ultracapacitors” into the bikes that will harness and store the kinetic energy generated by pedaling and braking. Once you return the bike to its rental kiosk, the energy stored in the bike will be transferred to the city’s smart grid, and used to help power hybrid buses.

The city doesn’t simply expect you to generate free electricity for them. The bikes come equipped with handlebars that display how much energy has been generated over the course of your bike ride. Once you return the bike, depending on how much you are putting back into the grid, you get a voucher towards your next bus ride. The bike stands themselves will be solar powered, with RFID chip readers, so you could have an ID card that stores bus credits over successive bike rides.

We here at PopSci were a bit skeptical about just how much energy could be generated by one bike, so we did the math. Theoretically, let’s take a 10-kilogram bike that has an average speed of 10 meters per second. Using some basic physics, it turns out the amount of kinetic energy generated in one second would be 500 joules. Not bad. However, that is assuming that the capacitors in the bike are 100 percent efficient and capture every bit of energy (which isn’t possible), and that no energy is lost due to heat and other factors. If all the energy was captured, it would be the equivalent of 1/100th of a gram of combusted gasoline in a normal bus. If you had a legion of these bikes generating power, the harnessed energy could be fairly significant.

We also are speculating that these bikes might be a bit more difficult to pedal, which could lead to a powerful thirst. Might we suggest a bottle-top bike clip to keep you hydrated?

The Ride That Pays You Back 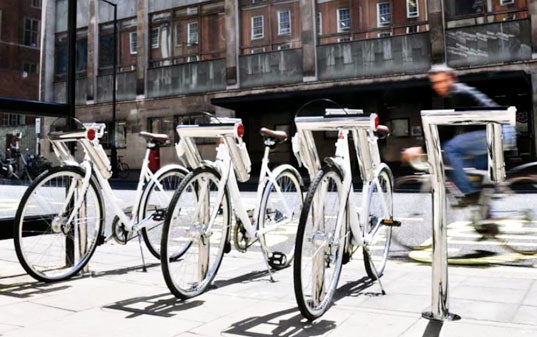 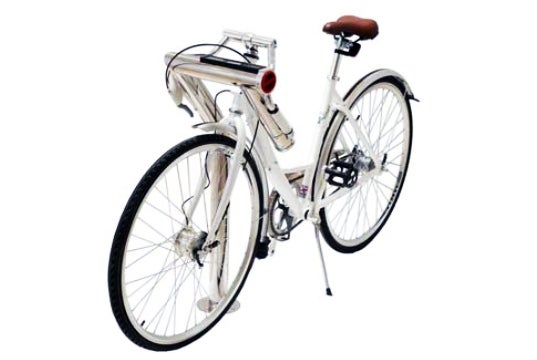 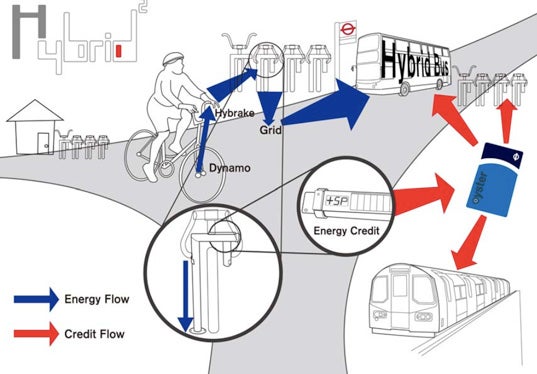