Two mobile payment things happened today. They're both baby steps toward the future, but you'll only want to use one of them. 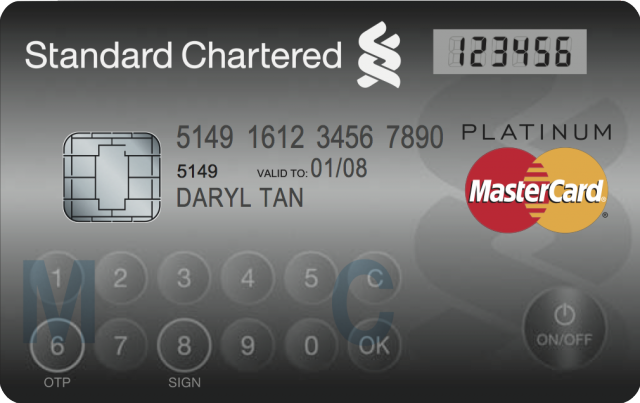 Entertainment Weekly has twice now inserted an LCD screen into its paper magazine to show video ads. That’s the growing pains that come when an entire medium is going through an upheaval–you get these little half-steps, a nod that, well, this thing we’ve used for a long time? It probably won’t be around much longer. But that new things is maybe scary, or expensive, or not quite ready yet, so let’s try combining the two.

A new credit card from Mastercard, as reported by the BBC, is going through those same growing pains. The card, first rolling out in Singapore before the rest of the world sees it, has a built-in greyscale LCD screen and a number pad. Mastercard will mostly use those features for security purposes, at first, though eventually they plan to roll out bonuses like loyalty rewards and coupons.

Also today, Starbucks announced the rollout of Square Wallet to 7,000 of its shops nationwide. Square Wallet is an app for smartphones that lets you use your phone to pay–it provides a QR code, which is scanned by the point-of-service machine. Square Wallet is just as secure; you can type in a security code on a phone even more easily than on a weird hybrid credit card. And it serves the purpose of moving us towards a wallet-free future much more effectively than the Mastercard.

Square Wallet is actually also an in-between technology; I think that near-field communication, or NFC, will either be the tech or be the basis of the tech that eventually replaces our credit cards. (Our primer on NFC can be found here.) NFC payments let you simply tap your phone to a point-of-service machine rather than opening an app and scanning a visual code on the phone’s screen–it’s more convenient and faster than a QR code. Square Wallet is a slightly diluted vision of the future; it has about one and a half steps more than the eventual solution will have, but it at least resembles the future. Also, it’s in Starbucks, and the Square Wallet app can be used by pretty much any smartphone, unlike NFC, which is only available in a select few Android and Windows phones. So people can experiment with this fairly easy, nonthreatening thing, and soon when the time comes to cut up all your credit cards and throw your wallet in a box in the basement? They’ll be ready.

The Mastercard isn’t the last gasp of the credit card, but it’s, I don’t know, a tired and defeated wheeze. It’s a pretty clear sign that we’ve taken the plastic rectangle as far as it can go.