A Mobile Touchscreen Projectable On Any Flat Surface

This tiny projector casts images that you can click and swipe 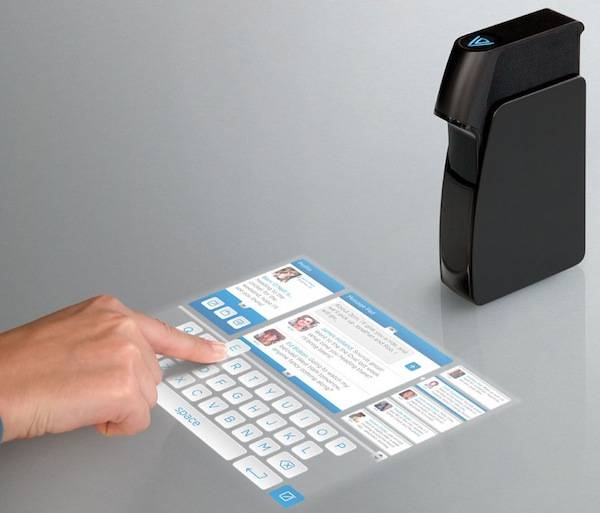 The Light Touch is a color pico-projector that casts a 10-inch picture on any surface, such as a desk or wall. Then you can poke and swipe at this image, selecting icons and flipping through photos, just like you do on touch-sensitive computers. (How? An infrared light beams an invisible pattern. Then a sensor watches for how your fingers break up and change that pattern.) Small UK company Light Blue Optics is working with a number of biggies, such as Toshiba, to get this tech into products˜so look for pico-projectors to get tangibly more useful in the near future.
SHARE 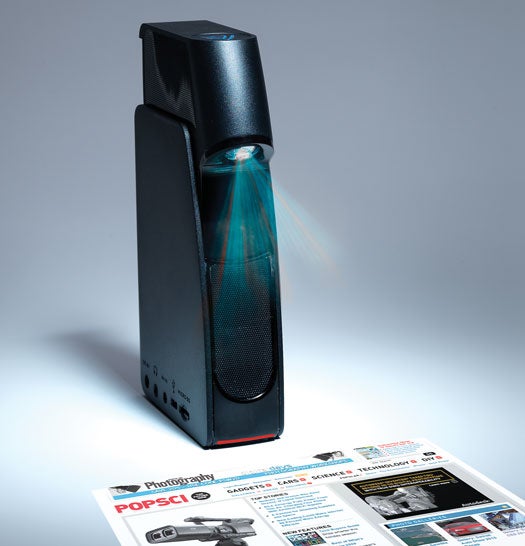 When you go to a restaurant in the near future, you might order your food by poking at icons on your table — they’ll vanish when the plates arrive, and spilled drinks won’t do them any harm. Light Blue Optics’s pico projector is the first to turn any flat surface into a computer touchscreen. It beams a 10-inch display, which can show photos, videos, Web sites or apps running on its simple interface, and uses an infrared sensor to track your fingers’ movements. Done browsing? Tap a virtual off button to make the screen disappear. Look for the Light Touch, in a form similar to the current 6.5-inch prototype, in retail stores or restaurants later this year. Next, a smaller version will show up inside portable gadgets, so when you tire of a cellphone’s tiny buttons, you can project yourself a keyboard.

How it Creates a Touchable Image
The Light Touch casts a big image from up close by bouncing lasers off a 0.4-inch microdisplay, using techniques from holography to keep the picture in focus despite the sharp projection angle. Then it covers the image in a horizontal plane of infrared light that lies just above the table. An infrared camera watches for spots where a finger (or similarly sized object) breaks the plane and scatters the light.The machine figures out and executes the action corresponding to that location. It detects fast moves like swipes; an upgrade will sense multiple taps at once. 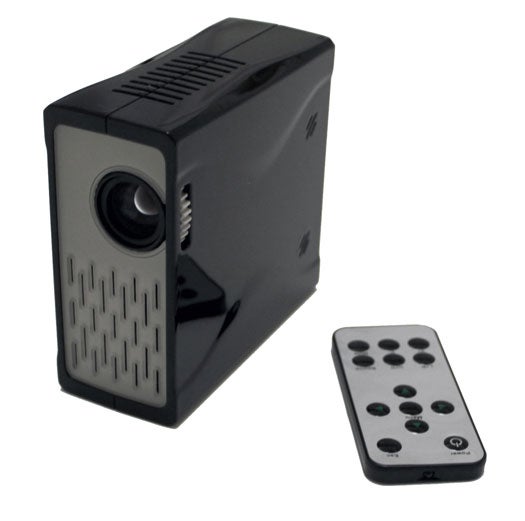 The 4×4-inch M1 Plus is one of the few small projectors whose image is visible in a brightly lit room. Its LEDs provide 66 lumens of brightness, more than twice the norm. AAXA Tech-
nologies M1 Plus $360; aaxatech.com 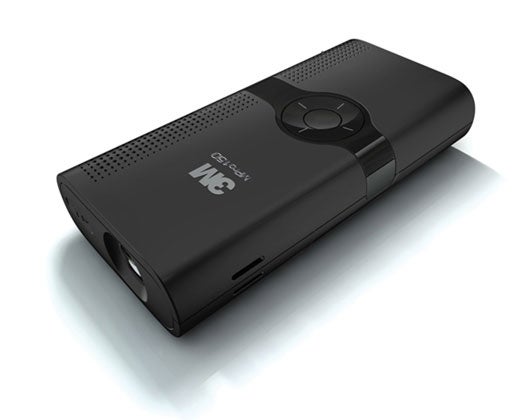 3M’s latest handheld projector has its own flash memory and processor, so it can display videos, Excel files and PowerPoint presentations without a PC. 3M MPro 150 $400; 3m.com 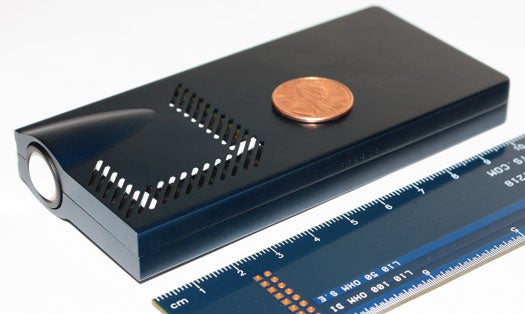 The mini display in Syndiant’s prototype pico projector has more pixels than any other. That means the projected image has nearly the same resolution as a high-def TV.
Syndiant, Foryou Multimedia and ASTRI R&D Prototype syndiant.com 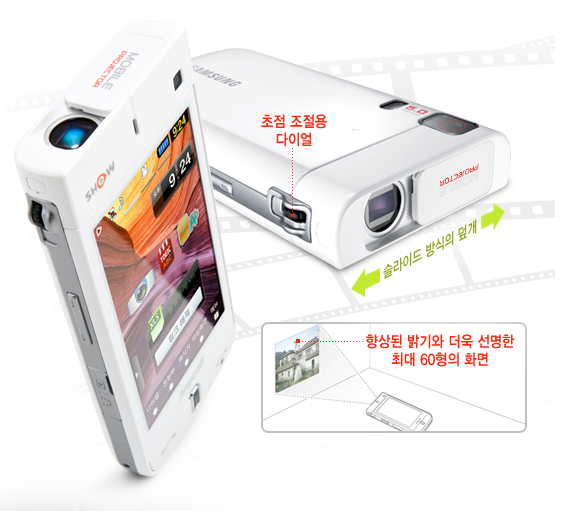 The W9600 phone builds in a DVD-quality, 854×480-pixel projector. With its cellular link and computing power, it can download — and instantly project — several movie formats. Samsung W9600 Price not set; samsung.com