Can the Mobile Phone Chips of the Future Kill the Desktop Computer?

If you have a smartphone, you’re just as likely to Google from your handset as you are from a PC-based... 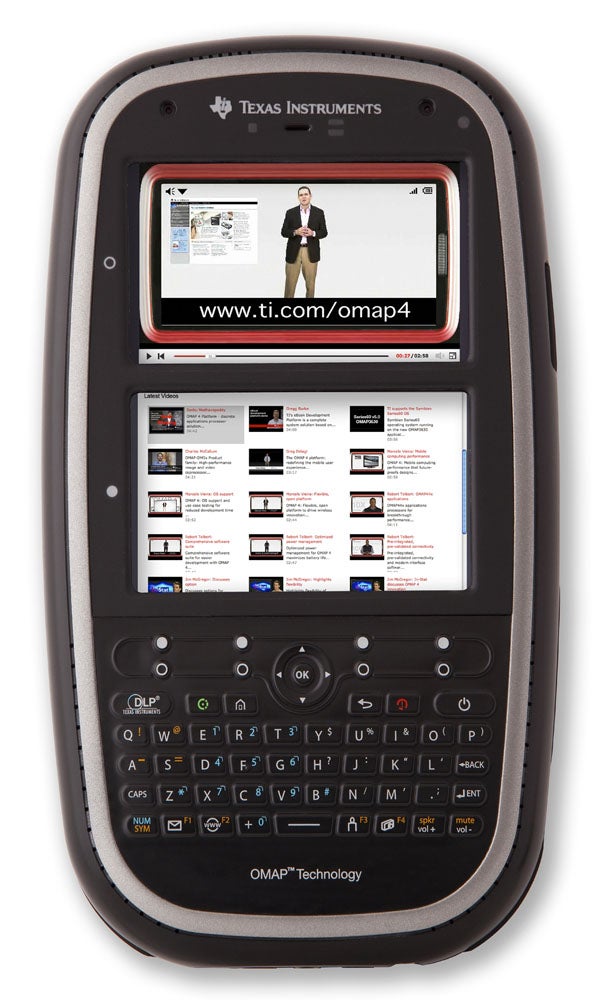 If you have a smartphone, you’re just as likely to Google from your handset as you are from a PC-based Web browser. That’s because, in some cases, a high-end smartphone is just as powerful and rich a media experience as a computer. The pocketable, always-on, always-connected computer has long been the dream, and now, it’s the reality. But the next generation of mobile phone brains promises to take the smartphone paradigm even further–maybe even so far that it replaces your desktop machine.

With Qualcomm’s Snapdragon in every noteworthy Android handset that’s come out over the last three months (think the Nexus One and the upcoming HTC Evo), a 1-GHz cellphone processor, though quite snappy as its name would suggest, feels like old hat. It’s time for things to get stronger, faster–but not bigger.

The next generation of cellphones, on the strength of ultra-powerful silicon, could reach above and beyond their handset molds with the power to drive high-def monitors and stream and record high-def video. But, how can a cellphone be as powerful as a laptop (even more powerful than a netbook) and still avoid comparisons to a brick?

On the lower end of the smartphone spectrum, the answer is simple: put two chips into one. Jon Erensen, a research analyst specializing in mobile silicon, points to rising tide toward integration. Put the cell radio and the processor in one place; a plan that is all well and good for the realm of budget smartphones (the 99-dollar set). Marvell’s budget-friendly solution, for example, stacks its 3G modem and processor on top of one another, but the processor only clocks around 800 MHz. The real oomph comes from keeping the two in their separate corners.

That’s the structure behind the leader of the future-phone pack from Texas Instruments. The company has been showing off a cellphone platform (called OMAP4) souped-up enough to lap pretty much everything else on the market. The chipset, which could pop up in handsets by early 2011, can handle as many peripherals as a PC. The demo unit runs two separate simultaneous images on two touchscreens. But that’s not all; TI claims they’ve rigged the silicon to run three cameras (two 2.5-megapixel ones for capturing stereoscopic 3-D and one 12-megapixel lens with the ability to grab high-def footage), and a pico projector. Even recording high-def 3-D is also entirely possible, since its image and graphics processor can encode images up to 20 megapixels.

A similar product is on the horizon from California-based chipmaker Marvell. Their new Armada processors can run 1080p video and up to four monitors at once.

To hold up their end of the bargain, Qualcomm is set to follow up Snapdragon with a 1.2-GHz chip (the A660, quippy codename to come…) armed and ready for Android 2.1 and Windows Phone 7. The chip will allow for full high-def 1080p video playback via HDMI when connected to an HDTV (Nvidia’s Tegra, which lives inside Microsoft’s Zune HD, tops out at 720p). Its dual cores also mean super-fast graphics and the ability to run rich, 3-D user interfaces–not to mention 3-D games.

If you thought you couldn’t live without your cellphone before, just wait: Within the next two years, phones could be poised to take a gamble and replace your home computer. (Heck, they’ve already killed your landline.) Imagine if all you needed was a monitor, keyboard and mouse (or HDTV), and could plug your phone into a dock and be ready to go wherever you are–with your whole media library and personalized apps in tow. Sound crazy? ‘Cause it’s not.