Google to Test Ultra-Fast Gigabit Broadband For a Lucky Few

Get your applications in now! 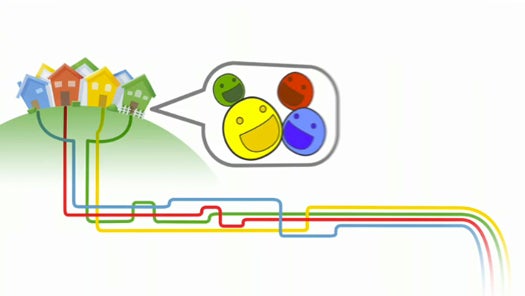 If you didn’t get enough Google with yesterday’s announcement of the purported Twitter/Facebook-killing Google Buzz, check out the news coming out of Mountain View today: Google wants to test an ultra-high-speed fiber network that delivers broadband speeds of one gigabit per second, 100 times faster than the average American’s connection. Over the next several weeks, the company will be accepting proposals for government officials and citizens alike that are interested in testing the network in their communities.

Google has operated an independent wireless network at its Mountain View, Calif., HQ for a few years now, but this trial – which could serve up to half a million customers – would mark the beginning of a new adventure in providing network infrastructure for the search giant. Which essentially means even when you Bing, Google wants you to do it through its tubes. If information is power, Google seems to be concentrating both, a suspect tactic for a company whose mantra is “don’t be evil.”

But paranoid Orwellian commentary and monopolistic suspicions aside, Google claims in its blog post that it merely wishes to “experiment with new ways to help make Internet access better and faster for everyone.” And it does plan to leave its network open so users have a choice of providers to choose from on Google’s network. Not to mention, the idea of gigabit data flow is a tantalizing prospect indeed. One could move whole HD movies in a matter of minutes, and talking cat videos on YouTube would never, ever stutter.

So as followers of all things digital here at PopSci, we have just a few things to say to Google regarding today’s developments: For starters, next time you’re going attempt to completely upend both social networking and Internet service providing in the same week, could you at least insert a couple day’s rest for us tech bloggers in between? Your headline domination is actively messing with the editorial diet on the site.

Also, we’d just like to mention that Brooklyn, NY, is full of bright, forward-thinking, Net-savvy individuals who would no doubt offer great input on your broadband test project. So, you know, if you’re looking for somewhere to drop gigabit upon gigabit of broadband, we wouldn’t mind if you did it here. Just a thought.