If you’ve ever waited in line, you need to read this. 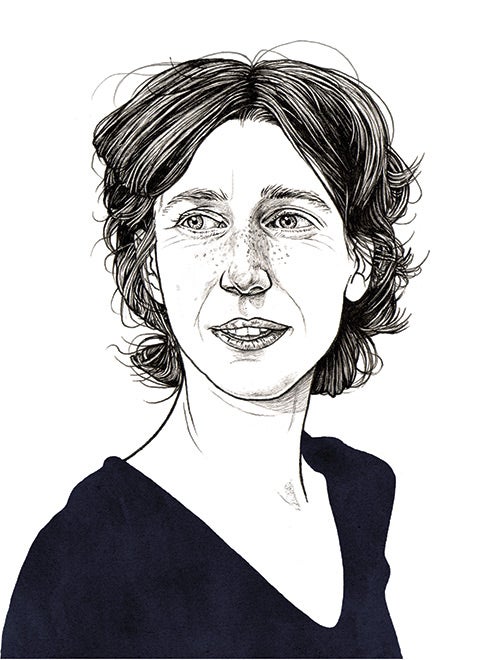 “I have a very bad relationship to time” is not a confession you expect from the person in charge of the world’s official time standard. Yet Elisa Felicitas Arias admits to a certain laissez-faire ­approach to personal punctuality. “I’ve never missed a flight or anything like that,” she clarifies, “but no two clocks in my house give the same time.”

This laid-back way with hours and minutes doesn’t carry over into her day job. As director of the Time Department at the International Bureau of Weights and ­Measures just outside Paris, Arias formulates Coordinated Universal Time (UTC), the 24-hour standard to which governments, militaries, and scientific bodies synchronize every clock-bearing device—from hyper-accurate global-positioning satellites to weather warning systems.

Using data from about 75 master atomic clocks around the world, Arias and her team analyze, compare, and weight the slight, billionth-of-a-second discrepancies in those reported times to formulate a kind of retrospective average. This glimpse at the past gives each of the Bureau’s 58 member nations a way to steer toward a more uniform future. Using Arias’ monthly reports, a country can adjust its clocks in the hopes of achieving a better UTC and therefore improving the accuracy of the standard.

Without this guideline, the Internet, the airline industry, and militaries around the world would cease to function. Yet there is no “perfect time,” Arias says. “People say the UTC is the international reference for time, but in fact, UTC is just a piece of paper.”

An extremely important piece of paper. While it might be a social construction (like every objective measure of time), its monthly publication is critical to the smooth functioning of the global economy. As for us civilians, Arias maintains that, like her, we needn’t worry about such meticulous timekeeping in our day-to-day lives. “Many things in life are not as urgent as people think,” she says.

Whether it’s a buffering YouTube video or a stalled app download, waiting online is as inevitable (and aggravating) as waiting in real life. Matías Duarte, VP of Material Design at Google, has been perfecting ways of masking and distracting us from these delays for close to seven years.

A native of Chile, Duarte got his start as a video-game animator in 1994, learning how to use exaggeration and editing to play with people’s perception of time. After designing the popular SideKick smartphone and building the user interface for Palm’s highly praised mobile operating system, WebOS, Duarte arrived at Google in 2010 to lead the design for Android. A few years later, he took on an even more massive task: unifying the user experience for all platforms and products.

“We had an opportunity to take advantage of a whole bunch of new technology and understanding of perception and cognitive science,” he says. Duarte and his team have since tweaked how progress and loading bars look in apps and even developed touchscreen ripple animations that give users a better sense of responsiveness to their taps. These days, one of their most common tricks is to deploy what’s called a dynamic placeholder before content can be fully loaded. For short wait times (around a second or two), these pulsating cards show up momentarily—for example, when you launch your Google app or Facebook newsfeed. Their shapes and sizes hint at the arrangement and type of content to come, while also distracting impatient viewers.

Although all of this is a work in progress, one thing has become clear to Duarte: We can’t rely only on speedier networks and processors to remedy our online-waiting woes. Making something objectively faster isn’t the same as making it seem faster. “The real constraint is human perception,” he says.

We humans rely on our eyes to help mark the passage of time. Dogs have a different sensory bias, says Alexandra Horowitz, founder of Barnard College’s Dog Cognition Lab and author of the book Being a Dog.

Highly sophisticated pooch schnozes contain more than 300 million olfactory receptor cells (we have 5 million), which allows them to not only detect smells and hormones invisible to us, but also their relative concentrations. That gives man’s best friend a unique skill: the ability to smell time.

“One of the main elements of smell is that it changes over time,” Horowitz explains. “When we walk down the street, we’re constantly giving off odor molecules in our wake, like a little cloud of smell behind you.” Those molecules dissipate, she says, so you can think of time as a dimension of smell. For dogs, that means the past can reveal itself through a faint odor in a footprint, and the future could appear on a stiff breeze. To canines, scents don’t just reveal who and what, but also when.

Horowitz has spent the past 15 years studying dog behavior—particularly play—to better understand the mind of Canis lupus familiaris. That inevitably led to an effort to try to perceive our world from an olfactory point of view. “As a contrivance of humans, time is a really peculiar one,” she says. “To expect that nonhumans would have the same way of sensing and experiencing it seems silly.” Next smell-related mystery for Horowitz? Determining whether dogs can recognize and identify themselves through their own unique odors.

For the past three decades, Droit-Volet has been investigating, among other topics, how our brains construct time and why our perception of it is so malleable. “Our internal clocks can be very capricious,” she says.

Using visual lab experiments that measure perceived time and physiological responses like skin conductivity and heart rate, Droit-Volet thinks she’s identified one culprit: emotions—particularly highly intense ones. Anger, disgust, and fear prime our bodies to react, Droit-Volet explains, which causes our internal clocks to accelerate. A faster internal clock registers more “pulses” over a given period, which in turn affects our perception of the length of the elapsed period. “We judge the duration of that past event as if external time has slowed down,” she says.

We don’t just warp our own time, either. Others can influence our temporal flow by capitalizing on the human tendency to mirror emotions and actions. In one study, she showed subjects pictures of young and old faces; the test group consistently underestimated the duration they’d seen the latter but not the former. Her theory? We internalize the slower movements of elderly people, and our internal clocks decelerate, making it feel like time’s passing more quickly. Some might see this as proof that our bodies are fickle and unreliable timekeepers, but Droit-Volet has a different perspective. “Time is plural,” she says. “We have several clocks attuned to the rhythms of our daily life.” 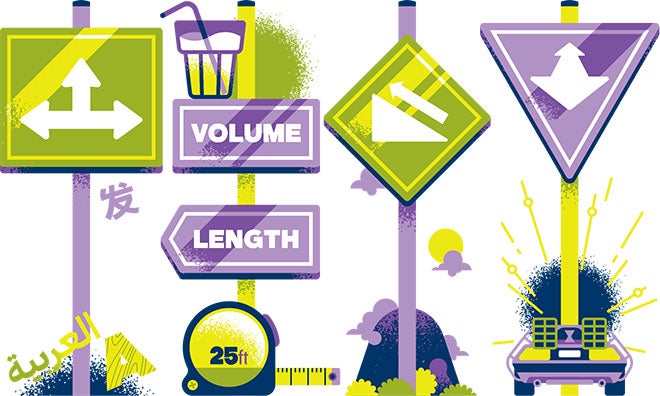 Is the future forward or backward? Left or right?

Richard Larson still remembers the line that broke him. It was 1985, and the MIT professor had stopped by Sears to pick out a bike for his 6-year-old son. After choosing the model and paying for it, he made his way to the merchandise-pickup area, handed his receipt to a clerk, and waited. “Ten, 20, 25 people came along after me, gave in their receipts, and then walked off with their lamps, waffle irons, and quilts as I just sat there,” Larson recalls. “I was furious.” By the time the clerk called his name more than half an hour later, the operations researcher and systems engineer had made two resolutions: to return the bike and to never shop at that Sears again. (He stuck to both.)

Weeks later, Larson had a sudden insight: It wasn’t the wait that had upset him. It was how people who arrived after him had beat him to the exit—and that he had not expected a delay. That was the genesis of his seminal 1987 paper, “The Psychology of Queuing and Social Justice,” which highlighted the importance of fairness and feedback to a person’s waiting experiences.

Today, Larson remains one of the world’s foremost experts on lines. An engineer by training, he began his career solving queuing problems with statistical probabilities and flow-balancing equations. Over 45 years, his work has ranged from helping the New York City Police Department reduce its 911 emergency-call wait times to inventing the Queue Inference Engine, a mathematical method for determining the length of a line and how long people have to wait in it when data isn’t readily available.

More recently, Larson has focused on using customer engagement and information to shape people’s perceptions in line. He points to Disneyland and Disney World as places that are doing it right (though he doesn’t work with them). Because the theme parks purposely overestimate wait times, a family can stand in line for 40 minutes, Larson says, thinking they were going to wait for an hour, then get on a four-minute ride and be completely happy. “That’s what happens if you manage people’s expectations such that you can exceed them,” he says. “I wish airline pilots understood this better when you’re on a ground hold.”