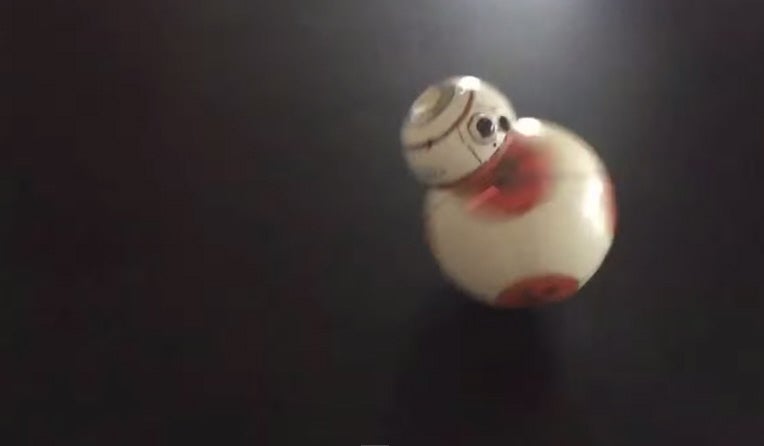 Full-length trailers for the latest Star Wars film aren’t even out yet, but a new character is already fast become a fan favorite. BB-8, an orange droid that looks like a half-dome head resting on top of a ball, appeared onstage earlier this month at the Star Wars Celebration in Anaheim, California, where delighted fans could see the actual, physical robot that makes BB-8 work. How the robot itself works is a mystery (though we have theories), but fan Christain Poulsen has already made his own working version.

Poulsen’s version starts with the body of a Sphero robot ball toy. Cutting it open, he installed a magnet on top of Sphero’s internal column. A milling machine carved the head out of a block of foam, and then Poulsen installed a magnet inside the foam head. On the bottom of the head he attached a felt pad, so as his BB-8 bounces along, the head moves smoothly with the ball.